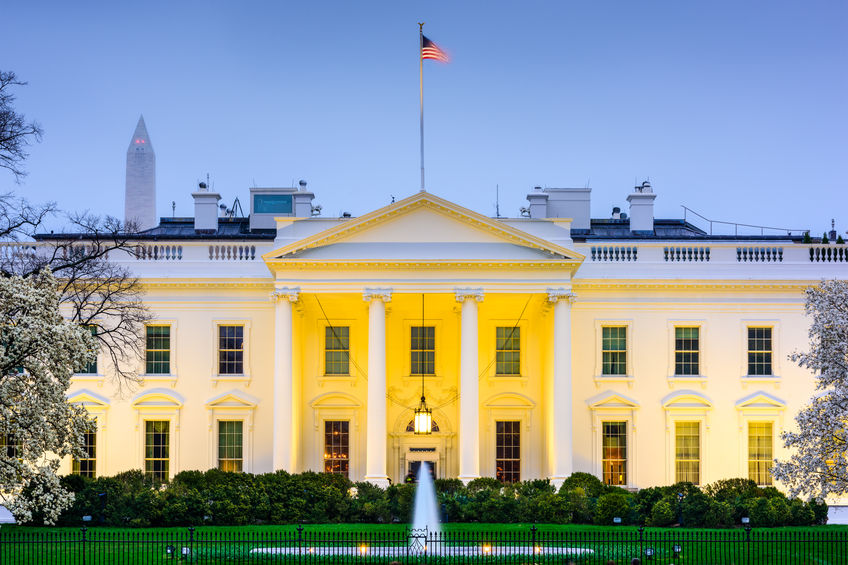 President Trump issued an executive grant of clemency to Jonathan Braun on Tuesday, commuting his sentence to time served. Braun checked into FCI Otisville last year to continue serving a sentence for a marijuana-related conviction in 2011.

The executive order requests that he be released as fast as possible.

A statement from the White House said that “upon his release, Mr. Braun will seek employment to support his wife and children.” 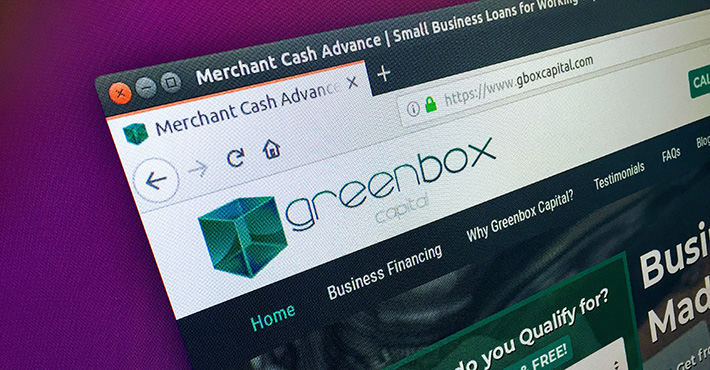 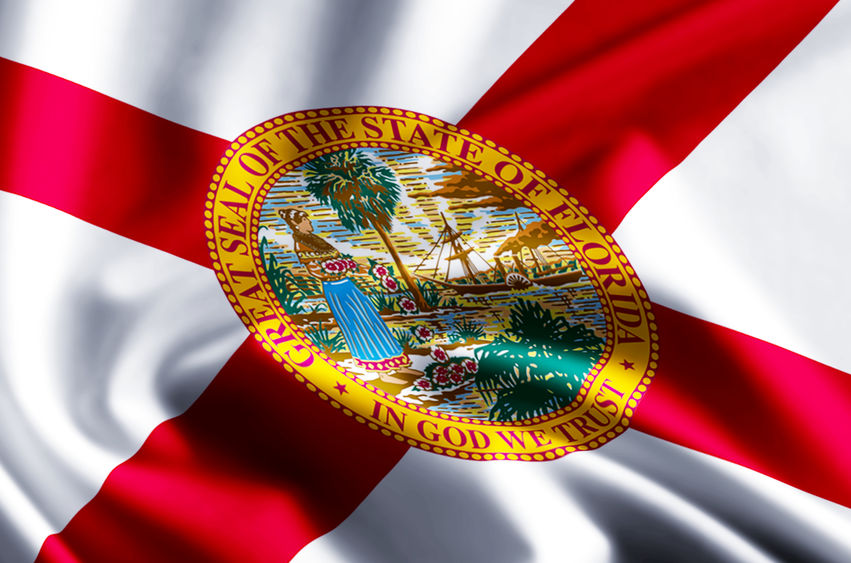 A coalition of eight Attorneys General sued the Office of Comptroller of the Currency (OCC) over its recently finalized “True Lender Rule.” The group, including representatives from New York, California, and New Jersey, filed a complaint that alleges that the OCC’s rule is an attempt to unlawfully circumvent state lending laws.

“Rent-a-bank schemes undermine the civil and criminal usury laws New Jersey has put in place to protect our residents,” said New Jersey Division of Consumer Affairs Director Paul R. Rodríguez. “Our laws have kept unscrupulous lenders from gaining a foothold in our state, but this new rule undermines those protections and will make it easier for predatory payday and vehicle title lenders to profit at the expense of New Jersey consumers.”

Under the National Bank Act, banks licensed by the OCC function under extensive oversight but can charge interest rates at the maximum allowed in their “home” state anywhere in the country. The complaint alleges alternative lenders partner with national banks, “renting” their name.

This has been happening for years, but NJ Attorney General Grewal argues that these “Trump-era” policies must be reversed because “many families are struggling economically.”

The final rule from the OCC went into effect on Dec 29. Similar court battles have occurred at the state level, as in Colorado vs. alternative lenders Avant and Marlette and their banking partners. The case was settled.

On December 17, 2018, the owner of a mexican restaurant in Springfield, Illinois, is alleged to have submitted altered bank statements to National Funding, Inc as part of a loan application to obtain $35,000. What he got in return was an indictment by a federal grand jury.

On Dec 2, 2020, the US District Court for the Central District of Illinois unveiled a seven-count indictment against Omar Hernandez-Lopez. Hernandez-Lopez is the owner of El Tapatio De Jalisco Inc DBA La Fiesta Grande.

Prosecutors say Hernandez-Lopez sent doctored PNC bank statements to two lenders, National Funding and Loan Depot in multiple instances. The actual charge is that the defendant knowingly made a false statement for the purpose of influencing the action of a lender in connection with a loan application.

Apparently, no falsehood is too small. For example, in one count the defendant is alleged to have changed a monthly ending bank statement balance of negative $72.91 to positive $131.90, a difference of $204.81. He is also said to have obscured the amount incurred in overdraft fees.

The penalty if found guilty on any one count? Up to 30 years in prison.

Defendant is innocent until proven guilty. A copy of the indictment can be viewed here.

In the weeks following the election, the news cycle has been heavily focused on the presidential transition’s legal aspects.

Instead of worrying about vote recounts, merchant cash advance (MCA) companies are considering what legal changes, if any, might come after Jan 20th. Will the Biden administration spell the beginning of new regulations on the world of business to business financing?

Lawyers say that while the industry is waiting on Georgia to decide the Senate’s fate, increased regulation at the federal is unlikely to occur.

“If the Republicans hold in Georgia, and we have a split legislative branch, that means gridlock, and gridlock is great for the industry,” Catherine Brennan, partner at Hudson Cook, said. “The more progressive wing of the Democratic Party would like to put merchant cash advance under the auspices of quasi-consumer [loans,] but they won’t be able to do that with the split legislative branch.”

Brennan has a wealth of experience as a commercial finance compliance and litigation lawyer and regularly contributes to the national conversation on alternative and fintech law topics. She said that even if Democrats control the Senate, moderates may still hold back progressives from making new regulatory laws.

“There’s some moderate Democrats who understand the need for this market, they understand the product, and their constituents, in particular, use the product,” Brennan said. “I don’t see anything at the federal level that should be viewed as an existential threat to the ongoing existence of the industry.” 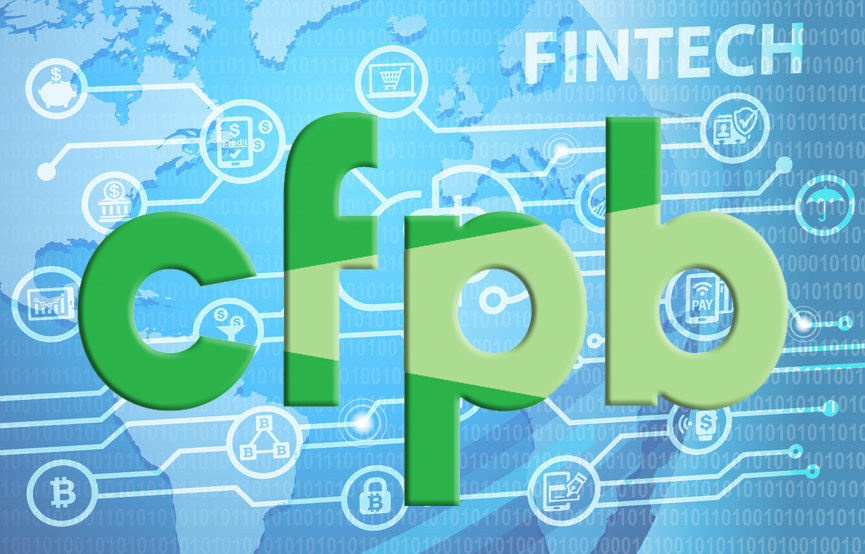 What Brennan does see as more likely, is the gradual adoption of MCA under preexisting executive agencies like the CFPB and FTC. She pointed to the Dodd-Frank Act implementing consumer lending data collection as a possible avenue regulators might take by pushing for data collection in the MCA space.

Still, Brennan insists that MCA firms will be OK so long as they understand the FTC can already look into commercial finance practices and that it has gone after ISOs in the past. She sees that as the number one development from a regulatory standpoint because the FTC will ultimately review what took place in the financial service markets during the pandemic and decide if action is warranted. Still, if funders have been responsible and fair, they should be in a good place.

Brennan did say that the position might be up for grabs when it comes to the head of the CFPB. The previous leader, Richard Cordray, fought with the Trump administration against his re-appointment, believing his position surpassed the president’s authority to fill. Of course, it did not, and Cordray was removed, but there is nothing stopping the Democrats from re-appointing him, Brennan said, especially when other appointees may give up valuable Congressional seats.

“IT CERTAINLY FLOURISHED UNDER OBAMA…”

James Huber, a partner at Global Legal Law Firm specializing in collections, believes that even if the Senate is somehow blue and passes regulation, that MCAs that are playing by the rules would benefit. The MCA business was born under the Obama administration during the last financial crisis, and if Biden beefs up the CFPB, it would only hurt payday lenders, Huber said.

“It certainly flourished under Obama, so one might think now that it’s got its foothold and it’s here you can almost guarantee that it’s going to continue to do really, really well when there’s stricter regulation,” Huber said. “Your typical deBanked cash advance technology company: I think they’re going to do well with their bread and butter product…”

“Biden’s talked about bankruptcy reform, to make it easier for people to go through bankruptcy, and yield assets like their houses and their cars and things that,” Huber said. “That’s a concern; that would mean that you’re fraudulently applying for a loan, and that’ll be accepted. It slows down collection efforts; our main role in the MCA business is on [defaults].”

Katherine Fisher, a Hudson Cook partner who, alongside Brennan, has deep experience in MCA representation and compliance, agreed with her colleague that funders need to make sure they keep an eye open toward compliance when it comes to regulation.

“Firms that have not focused on the regulatory process need to start, and companies that have looked at it need to revisit it,” Fisher said. Funders should “expect to be comfortable if they are asked to describe how they comply and prepare to do so.”

But beyond that, she sees no doomsday event on the horizon; even if the Senate is no longer Republican-controlled, it would be up to the FTC and CFPB to set the tone. If the CFPB, for example, pushed for data collection under 1071 of the Dodd-Frank Act, it might signal a more attentive regulatory environment for MCA and factoring.

Compared to 2008, when the last Democratic administration took office, MCA wasn’t on the radar, Fisher said. Now that it is on the map this time around, especially after MCA funders proved how vital they were to the SMB market during the pandemic, there will be more attention on B2B transactions.

But firms only need to think of this as a chance to make sure their practices are healthy, and most of the industry has already shown signs of doing so. Fisher pointed to the FTC’s small business finance forum last year, which included a panel of MCA representatives at the table.

“I don’t think it is a scary time. It’s an opportunity for MCA to improve their processes, make sure they are following the law,” Fisher said. “They don’t need to be afraid but need to batten down. Much of the industry has already done that, the MCA industry has been focused on adopting good practices.”

According to the latest status report filed by the Receiver in the Par Funding SEC case:

“The Receiver and his consultants at Development Specialists, Inc. (“DSI”) have re-hired several employees of Par Funding/Full Spectrum Processing, and remain engaged in the process of communicating with Par Funding’s more than 1,300 merchants to reconcile accounts, discuss the status of collections, and to collect account receivables. Through October 29, 2020, the Receivership Entities have combined cash on hand in excess of $42 million, excluding approximately $1.8 million in funds due to Par Funding that are pending release from various ACH processing companies.”

The Receiver has also asked the judge to expand the Receivership to include additional companies including two “related MCA” entities known as Capital Source 2000, Inc. and Fast Advance Funding, LLC.

At this stage of the litigation, a reboot of the company is becoming less and less likely.

A press release/article published on October 13th appears to plead on behalf of the Par defendants, by saying that the “whole process has unfolded mysteriously” and that “the actions of the receiver make it seem like a verdict had already been issued, before due process could take its course.”

Business Who Received Multiple MCAs is Charged by NJ AG

New Jersey State Attorney General Gurbir S. Grewal and the New Jersey Bureau of Securities within the Division of Consumer Affairs is suing Owusu A. Kizito and his business Investigroup, LLC. Regulators allege that “he defrauded at least 57 investors out of nearly $2.2 million through the fraudulent sale of unregistered securities and then used much of the money for his own personal benefit, including payments for his Maserati.”

Among the allegations in the AG’s announcement is that the defendants used merchant cash advances which assigned away the company’s rights to its receivables and that it failed to disclose this material information to investors.

The full announcement can be viewed here.