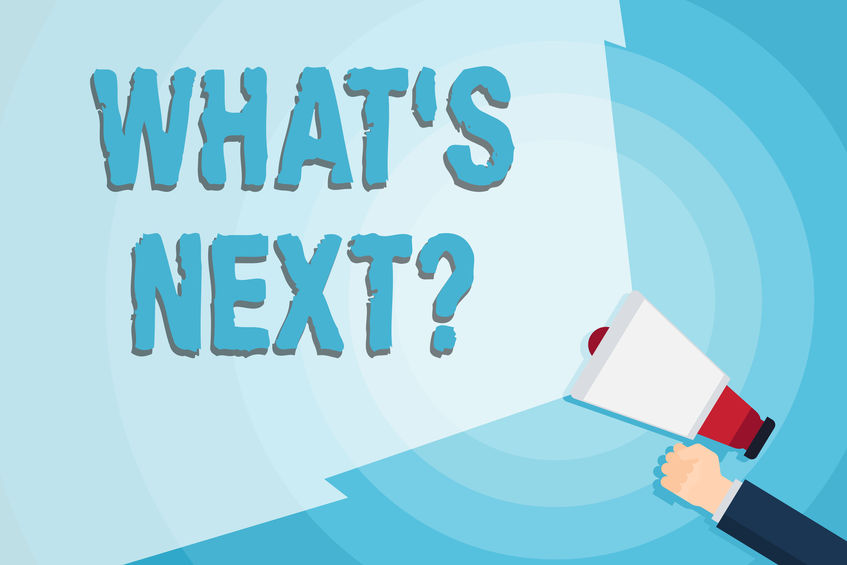 For alternative lenders and funders, 2021 is starting out with a question mark and will lead (hopefully) to a resounding exclamation point of recovery.

Many industry participants waved goodbye to 2020 with relief, and are welcoming a bounce-back in 2021, despite some trepidation about potential bumps along the way and how long a full recovery will take. While things started to improve somewhat toward the latter half of 2020 after grinding to a halt earlier in the year, the pandemic is still raging, with economic growth highly dependent on the immunization trajectory. Then there’s the incoming Democratic administration and the possibility of new rule- making, along with January’s runoff elections in Georgia that could change the balance of power in the Senate, and thus impact the new president’s law- making abilities.

Beyond these macro-issues, the funding industry is also dealing with its own uncertainties. Small business lenders and funders have been hit particularly hard, with underwriting decidedly more difficult in this environment. Some industry players have been forced to find alternative revenue streams in order to ride things out. Not only that, but there are scores of small businesses still reeling from pandemic-induced shutdowns and lighter foot traffic, with some gloomy estimates about their ability to bounce back. Many alternative players are weighing diminished returns against a widely-held bullish outlook for the industry long-term. Many are simply hoping they can hunker down and stick it out long enough and to avoid additional carnage and consolidation that’s widely expected over the short-term.

Ultimately things will get better, but it’s unclear precisely when, says Scott Stewart, chief executive of the Innovative Lending Platform Association. “It’s going to be a bumpy ride for the next year to figure out who is going to be able to survive,” he says.

Here’s a deeper dive into how industry participants see 2021 shaping up in terms of the challenges, competition, M&A, regulation, changing business model, expansion opportunities and more.

Companies that focus on consumer financing haven’t struggled quite as much amid the pandemic as their small business brethren, and they could continue to see demand grow in 2021. Even amid high unemployment rates, many consumers still need loans for home repairs or as a stop-gap to pay necessary expenses, helping to mitigate the impact on firms that focus on personal loans.

Small business financers, however, got pummeled in 2020 and the situation remains precarious, especially given the prognosis for small companies broadly. Consider that 163,735 Yelp-listed businesses closed from the beginning of the pandemic through Aug. 31—at least 97,966 of them permanently. Further underscoring how dire the situation is for small businesses, 48 percent of owners feared not earning enough revenue in December to keep their businesses afloat, according to a recent poll by Alignable, an online referral network for small businesses. What’s more, 50 percent of retail establishments and 47 percent of B2B firms could close permanently, according to the poll of 9,204 small business owners.

For many lenders and funders, the latter part of 2020 proved more successful for originations, though business is still a far cry from before the pandemic. A number of players who suspended or reduced business operations for a period of time during the first wave of the pandemic have dipped their toes back in and are in the process of trying to adapt to the new normal. For some, though, the challenges may prove too great, industry observers say. Given that many brokers and funders that were on the fringe have been hurt by the pandemic, more shake- out can be expected, says Lou Pizzileo, a certified public accountant who advises and audits alternative finance companies for Grassi in Jericho. N.Y.

And, with fewer competitors, there will be more of a need for those who are left to pick up the slack, says Peter Renton, founder of Lend Academy. Beyond being a lifeline for many alternative financers, PPP loans helped open the eyes of many small businesses who hadn’t previously considered working with anyone but a bank. In the beginning, when it was so difficult for small businesses to get these funds, they looked beyond banks for options and some found their way to online providers. This could be a boon for the industry going forward since alternative providers are now on the radar screen of more small businesses, says Moshe Kazimirsky, vice president of strategic partnerships and business development at Become.

“I THINK IT’S GOING TO BE A VERY SLOW RECOVERY”

He predicts that larger, stronger players will gradually ease some of their lending and funding criteria early on in 2021, but no one is expecting a quick revival, with some predicting it could be well into 2022 before the industry is on truly stable footing. “I think it’s going to be a very slow recovery,” Kazimirsky says.

In 2020, the industry saw bellwethers like Kabbage and OnDeck get swallowed up, and with so many businesses pinched, there are likely to be more bargains ahead from M&A standpoint, Pizzileo says. “The damage from Covid is palpable; we just haven’t seen the real impact of it yet,” he says.

No matter what product you are providing, if you’re a smaller player who can’t find your way, you’re going to have a hard time staying in business,” says Stewart of the Innovative Lending Platform Association. “There will be some collateral damage going into next year,” he predicts.

“WE JUST HAVEN’T SEEN THE REAL IMPACT YET”

In terms of likely buyers, Renton says he expects other fintechs to step in, and possibly even mid-size community banks snap up some alternative providers. If you can buy something for “a song” it’s compelling, he says. “I expect to see a few more offers that are too good to refuse,” he says.

Pizzileo, the CPA, predicts there will be ongoing opportunities in the year ahead for well-positioned, strong businesses with available capital. In some cases, however, this may require tinkering with their existing ways of doing business.

Before the crisis, some lenders applied the same or very similar lending model across industries. “That is going the way of the dinosaur. That’s not going to be a successful model going forward,” Renton says. Lenders will focus more on having a differentiated model for the businesses they serve. “I think the crisis created this necessity to treat each industry on its own merits and create a model that has some level of independence, he says.

The year ahead is also likely to be one in which e-commerce lending continues to thrive. According to the third quarter 2020 report from the U.S. Census Bureau, U.S. retail e-commerce stood at $209.5 billion, up 36.7% year over-year. E-commerce accounted for 14.3% of total retail sales in Q3. Because it’s such a high-growth area, and many businesses that didn’t have this vertical before are moving in this direction and more lenders are focusing on it and growing that part of their business, says Kazimirsky of Become.

It will also be interesting to watch how lenders and funders continue to reshape themselves. Sofi, for instance, is continuing to pursue its goal of receiving a national bank charter. Other lenders and funders may also seek to reinvent themselves as they attempt to stay afloat and compete more effectively.

“Monoline lenders that rely on a single product will have more difficulty supporting customers in the wake of Covid,” says Gina Taylor Cotter, senior vice president and general manager of global business financing at American Express, which purchased Kabbage in 2020. “Small businesses need multi-product solutions to not only access working capital, but also real-time insights to help them be more prudent with their cash flow and accept contactless payments safely to encourage more business,” she says.

Another pandemic-driven change is that lenders have had to tweak their risk modeling. Everyone understands the economy is not in the greatest spot, but their challenge in 2021 will be developing a way to assess future losses in the absence of a baseline, says Rutger van Faassen, head of product and market strategy for the benchmarking and omnichannel research group at Informa Financial Intelligence.

Consumer behaviors have changed, for instance. So even though the pandemic will end, it’s too soon to say what the structural impacts on an industry will be and how that affects the desirability of lending to especially hard-hit businesses, such as restaurants, cruise lines and fitness centers. “Clearly the behavior that everyone is showing right now is because of the pandemic. The question is: how will people behave once the pandemic ends,” he says.

“In the meantime, a lot of lenders will have to do more in-the-moment decision-making, until we get to a point when we’re truly in a new normal, when they can start recalibrating models for the longer-term,” he says.

One certainty in the year ahead is the need to help existing small businesses with their recovery, says Cotter of American Express. “Small businesses represent 99 percent of all jobs, two-thirds of new jobs and half of the non-farm GDP in America. Our country’s success depends on small businesses, and financial institutions have a great opportunity to meet their needs to recover and return to positions of growth in 2021,” she says.

How to make this happen is something many alternative financers will grapple with in 2021. Another opportunity may exist in providing funding solutions to new businesses or those that have pivoted as a result of the pandemic. Cotter points to the inaugural American Express Entrepreneurial Spirit Trendex, which found 76% of businesses have already pivoted their business this year and 73% expect to do it again next year. “New-business applications have reached record heights as entrepreneurs pivot and adapt, indicating a surge of new ventures that will require financial solutions to build their business,” Cotter says.

Several regulatory issues hang in the balance in 2021, including state-based disclosure laws, expected rules on third-party data aggregation and demographic data collection, and the status of a special purpose charter for fintechs, says Ryan Metcalf, head of U.S. public policy, regulatory affairs and social impact at Funding Circle. With a new administration coming in, the regulatory environment could become more favorable for measures that stalled during Trump’s tenure.

Armen Meyer, vice president of LendingClub and an active member of the Marketplace Lending Association, says he’s hoping to see a bill pass in 2021 that requires more transparency for small business lending. He would also like to see more states follow the lead of California and Virginia and make the 36% interest rate standard of Congress’s Military Lending Act, which covers active- duty service members (including those on active Guard or active Reserve duty) and covered dependents, the law of the land. “We’re calling for this to be expanded to everybody,” he says.

Meanwhile, our neighbors to the North have their own challenges and opportunities for the year ahead. The alternative financing industry in Canada originated out of the 2008 recession when banks restricted their credit box and wouldn’t lend to certain groups. While conditions are very different now, “this period of economic uncertainty is going to be an incredible fertile period of time for fintechs to come up with new and interesting and creative credit products just like they did entering the last financial crisis,” says Tal Schwartz, head of policy at the Canadian Lenders Association.

Open banking continues to be on the Canadian docket for 2021 and how the framework shapes up is of utmost interest to fintech lenders in Canada. Schwartz says he’s also hopeful that alternative players in Canada will have a role to play in subsequent government- initiated lending programs. He’s also expecting to see more growth in the e-commerce area, particularly when it comes to extending credit to e-commerce companies and in financing solutions at checkout for online shopping.