Par Funding, Receiver Continue to Spar Over Its MCA Business 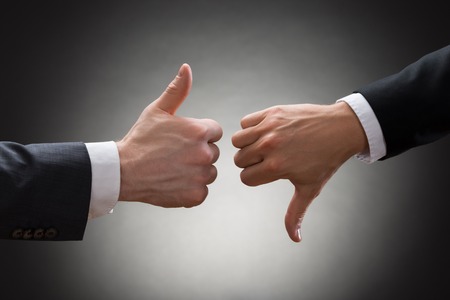 “From inception through 2019, [Par Funding] incurred a cash loss from operations of $136.2 million.”

That’s the conclusion reached by Bradley D. Sharp, CEO of Development Specialists Inc (DSI), the financial advisor to the Receiver appointed in the Par SEC case.

Par has scoffed at the Receiver’s analysis of its business. “We do not necessarily begrudge attorneys, whose skill sets are often in other areas, a potential inability to understand the math that often makes for a strong and profitable financial model,” Par’s lawyers wrote in an October court filing. “There is a reason that smart, mathematically inclined people are typically hired by banks, hedge funds and financial services firms. But the Receiver and his counsel’s inability to understand Par’s business has led to all manner of baseless accusations that are easily answered in the very documents they possess but do not understand…”

Par says it was profitable and walks the Court throught its mathematical process. Sharp says Par’s assessment “is misleading and does not reflect actual operations at the company.”

Par explained that the key to its business is in the compounding:

“The merchant funding model is profitable because merchant funding returns are reinvested, either in a new or different merchant, or in an existing merchant with adequate receivables as a consolidation, or as a refinance of a merchant which may already have MCA funding from another provider. And the reinvestment begins on the merchant funding returns which commence immediately and occur daily. In very simple form, the math works as follows. Assuming $10,000 is funded to a merchant pursuant to a funding agreement providing for a funding return of $13,000 over the course of 100 daily ACH withdrawals, the agreement would provide for repayment to begin immediately with daily payments of $130. As those monies are returned, portions are used to pay operating expenses, but most of the monies are re-invested to fund other merchants. Mathematically, this means that the original $10,000 is being used to fund more than one merchant. Over the life of a single $10,000 funding, that same $10,000 can be used to fund multiple merchants, all of whom are paying funding fees in excess of the principal amount received. Thus, the original $10,000, at a 1.30 factor rate, generates $13,000 on the first merchant cash advance (MCA). Those funds are reinvested and generate $16,900 on the second MCA, and $21,970 by the third MCA – an increase of $11,970 over and above the initial $10,000. And that can happen within a year. This is the powerful compounding effect of the financial model.

That is the simplest version of the model. In practice, the model is far more sophisticated than that because the leveraging to new merchants of the MCA returns begins as soon as the MCA payments come in.”

“At the conference on October 8, 2020, the Receiver’s counsel told this Court, and many investors, that out of $1.5 million received per day from merchants prior to July 28, 2020, $1.2 million was used for new MCA funding. Thus, according to the Receiver’s counsel, only $300,000 constituted net collections, about 20%. The Receiver’s counsel appears to be suggesting that the company is not holding on to receivables but, instead, is refunding the same merchants 80% of receipts. This proposition is wrong and its assertion shows that the Receiver and his counsel do not understand the MCA business.”

One could assess that a large element of this case consists of the Receiver being like, ha! well look at this! and Par responding, well, yes, that is actually how our business works.

In fact, that is precisely the angle Par took in defending its use of funding new deals with money collected from deals previously funded.

“First, the numbers show that collections are used to fund new MCA deals,” Par’s attorneys wrote. “This may come as a total surprise to the Receiver and his counsel, but funding merchants is the business of Par. That is like criticizing Ford Motor Corp. for using its car sales income to build and sell more cars.”

Both sides agree that Par advanced over $1 billion to small businesses but Sharp says that “reloads” distorted the numbers.

“Use of reloads escalates the obligations of the merchant as each reload adds an additional ‘factor’ along with any new funds advanced,” Sharp wrote. “In [one example the reloaded funds are] subject to the factor twice; once when the funds were originally sent and again when they are included in the reload advance. The use of reloads also significantly distorts the calculation of loss rates as the advances are simply refinanced without becoming a loss.”

Sharp concludes that the true end result for Par is a much higher default rate than it lets on to.

And then there’s this

Sharp has repeatedly brought attention to a list of merchants with unusual payment and funding activity. Par countered by saying there are good explanations for each.

Amongst all of this is that company insiders are alleged to have received tens of millions in payments from Par and the Receiver is confident, in part due to DSI’s report, that Par was majorly unprofitable.

“Based on our review to date, it is apparent that [Par] would not have been able to continue to provide payments to investors, or to continue to operate, without additional funds from investors,” Sharp wrote in a December 13th report.

This case is not the first rodeo for Sharp and DSI in the merchant cash advance business. They were also assigned to manage the 1 Global Capital case.

The case is ongoing. The Court recently approved a motion to expand the Receivership estate.