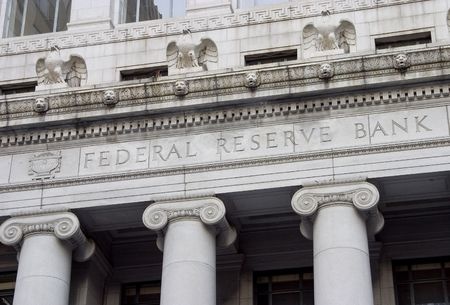 Though changing the program days before, at a press briefing Thursday Fed chair Jerome Powell said SMB aid projects like PPP and the MSLP were up to the gridlocked House and Senate.

“The Fed cannot grant money to particular beneficiaries; we can only create programs or facilities to make loans that will be repaid,” Powell said. “Elected officials have the power to tax and spend, and to make decisions about where we as the society should direct our collective resources.”

Despite Powell’s talk of inaction in the face of an undecided congress, Metcalf said the Fed’s actions have proved that changes can be made to existing programs. Metcalf has been fighting for changes to MSLP for months on behalf of the small business lending community, he says.

In July, Metcalf, in partnership with the Innovative Lending Platform Association and Marketplace Lending Association, wrote a letter to the fed to argue for changes to the MSLP.

The letter argued that the Cares Act made non-depository finech lenders eligible to participate in PPP lending. Though these lenders saved millions of jobs, they were not allowed to lend through the MSLP facility.

Even if they could, the minimum loan size was still too large for “main street” American businesses that needed capital. The letter advocated for a lower minimum of $50,000, allow lenders that were approved for PPP to lend in the MSLP, and create a Special Purpose Vehicle for fintechs.

Metcalf said the Fed has only responded, “that is not under consideration.”

So far, 400 borrowers have taken out $3.7 billion in loans, of the $600 billion allocated. The program offers Fed backed five-year loans with differed principal and interest payments and minimal rates. With the facility’s deadline approaching Dec 31 and no changes in sight, Metcalf said the program’s vultures are circling.

If new aid, revisions, or at least an extension is not passed by when the government is funded Dec 11, Metcalf said the program might be finished.

Back in September, Powell testified before Congress that lowering the minimum any further wouldn’t change the adoption rate.

“We have very little demand below a million, as I told the chair a while back,” Powell said. “We’re not seeing demand for very small loans. And that’s really because the nature of the facility and the things you’ve got to do to qualify, it tends to be larger sized businesses.”

Mnuchin has consistently argued that grant programs like PPP would most benefit smaller firms. Metcalf said this was only the case because the MSLP facility has left out smaller firms and alternative lenders that need the capital.

“My response to that was no, there’s been no uptick in your program because the requirements of the program are not attractive enough to make it workable,” Metcalf said. “Don’t scrap the entire program altogether; look at the proposal that we sent you back in July and work with us on amending the facility.”