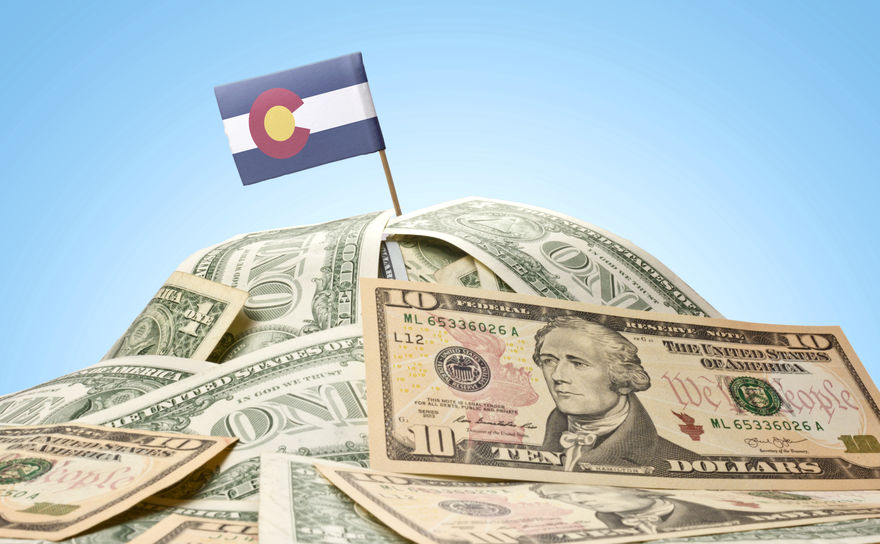 After three years of litigation, in August, the Colorado “true lender” case settled with an agreement between the fintech lenders, bank partners, and the state regulators. Along with lending restrictions above a 36% APR, the fintech lenders will have to maintain a state lending license and comply with other regulatory practices.

The decision has been called unfair regulation and a bad precedent for other similar regulatory disputes across the country.

But James Paris, the CEO of Avant, sees the decision as a victory for fintech lenders. Paris said the decision was an excellent framework for fintech/bank partnerships across the nation and a sign that regulators are finally taking the benefits of alternative finance seriously.

“For us, the case also involved being able to continue to provide these good credit products to deserving customers who maybe weren’t being served as well through some of the legacy providers,” Paris said.

Paris called back to the Madden vs. Midland Funding case in the US Court of Appeals Second Circuit decided in 2015. That case called into question if loans made in fintech bank partnerships in the state of New York were valid at the time of origination. Regulators charged that though national banks can create loans higher than state regulations allow, fintech partners buying those loans to take advantage of higher rates were skirting state regulations.

“The ruling was essentially that the loan would not continue to be valid,” Paris said. “Because the individual state in question, which was New York’s local usury law, would apply because it was no longer a national bank that held that loan after it had been sold.”

The decision called into question loans made in the fintech space. Paris said that the Colorado true lender Case was not about whether the banks were even making loans. Instead, fintech lenders were called the true originators and therefore didn’t have a license that allowed them to make loans at higher rates than the state allowed.

Paris said the decision showed confidence that fintech bank partnerships were not exporting rates, and that by limiting lending to under 36%, regulators were protecting bank fintech partnerships and consumers.

“All of the lending Avant does is under 36%, and that’s been the case for years,” Paris said. “In the space where we do play, from 9% to just under 35%, through our partnership with WebBank, we are confident in running a portfolio extremely focused on regulatory compliance.”

Colorado went from not allowing partnerships at all, to working with fintech companies to developing a set of terms that allowed partnerships to function, Paris said. He added that Avant’s products have always been to customers below nonprime credit, from 550 to 680 Fico scores, serviced by up to 36% APRs.

Paris said he does not know about customers outside of this range, or how they are affected by limiting APR to 36%, but he cited a study done by economist Dr. Michael Turner. Turner is the CEO and founder of the Policy and Economic Research Council (PERC), a non-profit research center.

The study compared lending after the Madden case in New York with how customers can be served after the Colorado true lender case. In the credit market Avant serves, Turner found that customers are better off with access to regulated fintech loans, as opposed to not having access at all.

The study looked at the average borrower credit score, APR, and loan size of Avant and WebBank borrowers, and found that if WebBank loans through Avant were prohibited, borrowers would be forced to access other means of credit, through much higher rates.

“Should WebBank loans be prohibited in Colorado, then we can reasonably expect that some non-trivial portion of the WebBank loan borrower population, as well as prospective future borrowers, will be forced to meet their credit needs with higher cost products,” Turner wrote. “This outcome is financially detrimental for this borrower population, most of whom have no access to more affordable mainstream alternatives.”

Given this data, Paris is happy to comply with the regulation. Without the framework Colorado has provided, Paris said borrowers would be worse off. Paris hopes that this decision will precede other state frameworks because what fintech bank partnerships need the most are consistent regulatory practices.

“I’m hopeful that to the extent there are ongoing concerns around bank models across other states, that this type of safe harbor model that Colorado helped develop is something that others could look to as a precedent or a model. Because I think the more that we can have consistency across the relevant jurisdictions, the better.”