An Update on Section 1071 of Dodd-Frank 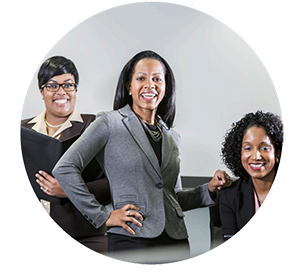 After more than a decade, Section 1071 of The Wall Street Reform and Consumer Protection Act (AKA Dodd-Frank) is finally moving along. The law expanded the Equal Credit Opportunity Act to require that the Consumer Financial Protection Bureau collect demographic data from small business finance companies. For ten years, a whole lot of nothing happened to roll it out, so you’ll be forgiven if it seems like the latest updates are a bit vapid.

But then the CFPB got sued for its failure to carry out its duties and it resulted in a settlement that requires the agency to hit certain milestones by certain timelines. Section 1071 is all about collecting loan applicant data in commercial finance to measure if there are disparities in the ability to access credit, particularly for female-owned and minority owned businesses. It necessitates a mechanism to comply, which will
ultimately cost time and money.

But in the meantime, the milestones to even get to the point where data collection is being carried out, are roughly as follows:
1. Convene a panel of small business lenders
2. Have that panel issue a report
3. Propose what the rules on collection will be
4. Collect feedback on the proposal
5. Formulate a final rule
6. Issue a rule
7. Set a time for when that rule will go into effect

We spoke with one alternative finance company that has been engaged in the process.

“I am representing, and Greenbox Capital is essentially representing, the industry,” CEO Jordan Fein told deBanked in regards to his role as a Small Entity Representative to the CFPB’s panel of small business lenders. “There are some banks, there’s Funding Circle, but other than that, it’s Greenbox Capital serving in the industry.” Fein said that panelists give their opinion and engage in discussion on how companies will be impacted. He also said that he was very happy to participate in the process.

“It’s an honor to be selected to the industry panel providing feedback on section 1071 of the DoddFrank Act ensuring fair lending laws to women- and minority-owned businesses,” said Fein. “Over 2 million businesses across the U.S. are either women or minority owned and it’s vital they can secure funding as easily as non-minority owned businesses.”

The panel must complete a report within 60 days of convening. With several more milestones to go, a final rule is unlikely to go into effect prior to 2022. But until then, know that Section 1071’s implementation will probably happen during your lifetime.

Home › Business Lending, Regulation › An Update on Section 1071 of Dodd-Frank