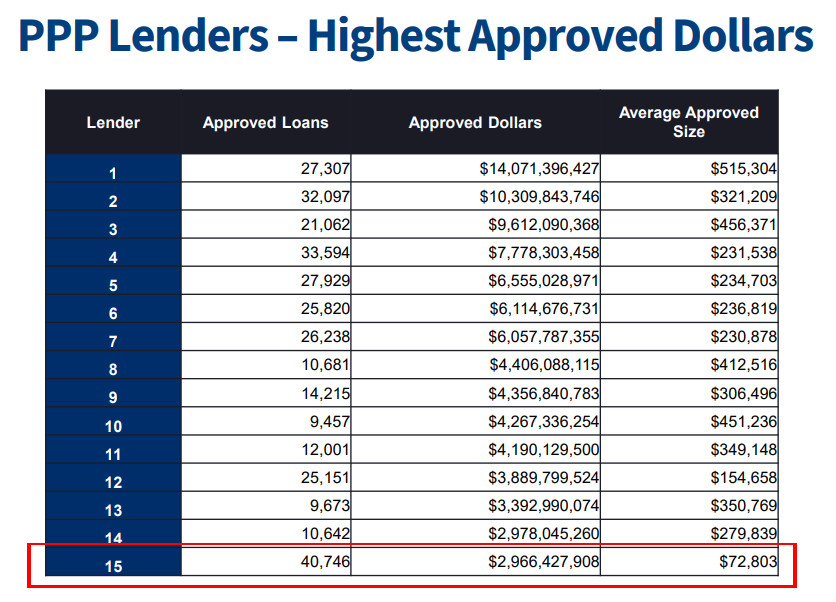 Ready Capital, a multi-strategy real estate finance company and one of the largest non-bank SBA lenders in the country, was the top PPP lender by loan volume in the country. Company CEO Thomas Capasse appeared on Fox Business yesterday and announced key statistics that aligned with data published by the SBA. By dollars, Ready Capital was the 15th largest PPP lender.

“As a leading non-bank, SBA lender, there’s 14 of us, we’re number two in terms of originations last year,” Capasse said on Fox Business, “we focused broadly, we don’t have deposit relationships, so we open our doors broadly to in particular the smaller mom and pop, the local deli, the pizzeria, the nail salon, so just in terms of the numbers, round one of the PPP, we approved 40,000 loans which is number one in the US, it was about $3 billion in total approvals. And our average balance was only $73,000 versus $230,000 for the average in round one.”

Among Ready Capital’s channels for acquiring PPP loan applications is Lendio, who reported consistent figures (a rough average of $80,000 per PPP loan facilitated), and high volume. Lendio has said on social media that they have been working with several partners, Ready Capital among them.

Home › Business Lending, PPP › Ready Capital Was The Biggest PPP Lender By Volume in Round 1 of PPP Funding