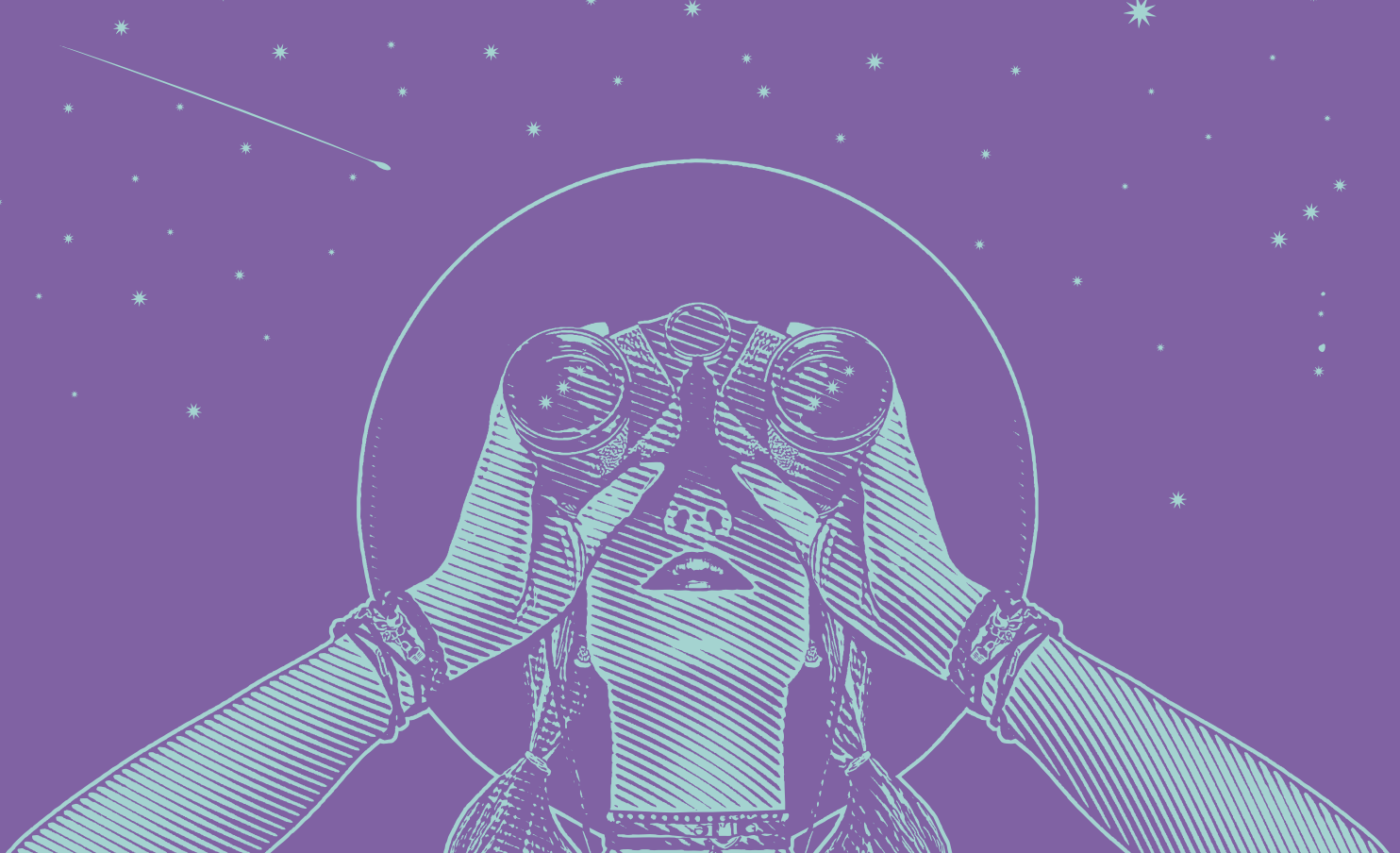 With the doors to 2019 firmly closed, alternative financing industry executives are excited about the new decade and the prospects that lie ahead. There are new products to showcase, new competitors to contend with and new customers to pursue as alternative financing continues to gain traction.

Confidence in the industry is only slightly curtailed by certain regulatory, political competitive and economic unknowns lurking in the background—adding an element of intrigue to what could be an exciting new year.

There are a number of different items that could be on the regulatory agenda this year, both on the state and federal level. Major areas to watch include:

“…I’M NOT SURE THEY GO FAR ENOUGH”

Precisely how various regulatory initiatives will play out in 2020 remains to be seen. Some states, for example, may decide to be more aggressive with respect to policy-making, while others might take more of a wait-and-see approach.

“I think states are still piecing together exactly what they want to accomplish. There are too many missing pieces to the puzzle,” says Chad Otar, founder and chief executive at Lending Valley Inc.

As different initiatives work their way through the legislative process, funders are hoping for consistency rather than a patchwork of metrics applied unevenly by different states. The latter could have significant repercussions for firms that do business in multiple states and could eventually cause some of them to pare back operations, industry watchers say.

“While we commend the state-level activity, we hope that there will be uniformity across the country when it comes to legislation to avoid confusion and create consistency” for borrowers, says Darren Schulman, president of 6th Avenue Capital.

The outcome of this year’s presidential election could have a profound effect on the regulatory climate for alternative lenders. Alternative financing and fintech charters could move higher on the docket if there’s a shift in the top brass (which, of course, could bring a new Treasury Secretary and/or CFPB head) or if the Senate flips to Democratic control.

If a White House changing of the guard does occur, the impact could be even more profound depending on which Democratic candidate secures the top spot. It’s all speculation now, but alternative financers will likely be sticking to the election polls like glue in an attempt to gain more clarity.

Election-year uncertainty also needs to be factored into underwriting risk. Some industries and companies may be more susceptible to this risk, and funders have to plan accordingly in their projections. It’s not a reason to make wholesale underwriting changes, but it’s something to be mindful of, says Heather Francis, chief executive of Elevate Funding in Gainesville, Florida.

“Any election year is going to be a little bit volatile in terms of how you operate your business,” she says.

The competitive landscape continues to shift for alternative lenders and funders, with technology giants such as PayPal, Amazon and Square now counted among the largest small business funders in the marketplace. This is a notable shift from several years ago when their footprint had not yet made a dent.

This growth is expected to continue driving competition in 2020. Larger companies with strong technology have a competitive advantage in making loans and cash advances because they already have the customer and information about the customer, says industry attorney Paul Rianda, who heads a law firm in Irvine, Calif.

It’s also harder for merchants to default because these companies are providing them payment processing services and paying them on a daily or monthly basis. This is in contrast to an MCA provider that’s using ACH to take payments out of the merchant’s bank account, which can be blocked by the merchant at any time. “Because of that lower risk factor, they’re able to give a better deal to merchants,” Rianda says.

“THE PRIME MARKET IS EXPANDING TREMENDOUSLY”

Increased competition has been driving rates down, especially for merchants with strong credit, which means high-quality merchants are getting especially good deals—at much less expensive rates than a business credit card could offer, says Nathan Abadi, president of Excel Capital Management. “The prime market is expanding tremendously,” he says.

Certain funders are willing to go out two years now on first positions, he says, which was never done before.

Even for non-prime clients, funders are getting more creative in how they structure deals. For instance, funders are offering longer terms—12 to 15 months—on a second position or nine to 12 months on a third position, he says. “People would think you were out of your mind to do that a year ago,” he says.

Because there’s so much money funneling into the industry, competition is more fierce, but firms still have to be smart about how they do business, Abadi says.

Meanwhile, heightened competition means it’s a brokers market, says Weitz of United Capital. A lot of lenders and funders have similar rates and terms, so it comes down to which firms have the best relationship with brokers. “Brokers are going to send the deals to whoever is treating their files the best and giving them the best pricing,” he says.

Executives are confident that despite increased competition from deep-pocket players, there’s enough business to go around. But for firms that want to excel in 2020, there’s work to be done.
Funders in 2020 should focus on profitability and access to capital—the most important factors for firms that want to grow, says David Goldin, principal at Lender Capital Partners and president and chief executive of Capify. This year could also be one in which funders more seriously consider consolidation. There hasn’t been a lot in the industry as of yet, but Goldin predicts it’s only a matter of time.

“A lot of MCA providers could benefit from economies of scale. I think the day is coming,” he says.

He also says 2020 should be a year when firms try new things to distinguish themselves. He contends there are too many copycats in the industry. Most firms acquire leads the same way and aren’t doing enough to differentiate. To stand out, funders should start specializing and become known for certain industries, “instead of trying to be all things to all businesses,” he says.

Some alternative financing companies might consider expanding their business models to become more of a one-stop shop—following in the footsteps of Intuit, Square and others that have shown the concept to be sound.

Sam Taussig, global head of policy at Kabbage, predicts that alternative funding platforms will increasingly shift toward providing more unified services so the customer doesn’t have to leave the environment to do banking and other types of financial transactions. It’s a direction Kabbage is going by expanding into payment processing as part of its new suite of cash-flow management solutions for small businesses.

“Customers have seen and experienced how seamless and simple and easy it is to work with some of the nontraditional funders,” he says. “Small businesses want holistic solutions—they prefer to work with one provider as opposed to multiple ones,” he says.

This year could be a “pivotal” year for open banking in the U.S., says Taussig of Kabbage. “This issue will come to the forefront, and I think we will have more clarity about how customers can permission their data, to whom and when,” he says.

Open banking refers to the use of open APIs (application program interfaces) that enable third-party developers to build applications and services around a financial institution. The U.K. was a forerunner in implementing open banking, and the movement has been making inroads in other countries as well, which is helping U.S. regulators warm up to the idea. “Open banking is going to be a lively debate in Washington in 2020. It’ll be about finding the balance between policymakers and customers and banks,” Taussig says.

While there has been some chatter about a looming recession and there are various regulatory and competitive headwinds facing the industry, funding and lending executives are mostly optimistic for the year ahead.

“If December 2019 is an early indicator of 2020, we’re off to a good start. I think it’s going to be a great year for our industry,” says Abadi of Excel Capital.

Home › Banking, Business Lending, Fintech › 2020 and Beyond – A Look Ahead