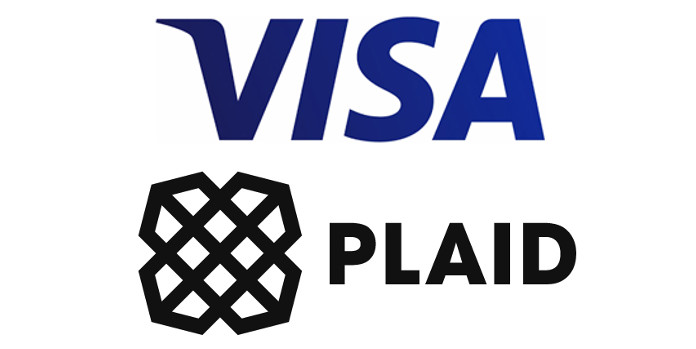 Yesterday it was announced that Visa and Plaid, the financial services company that helps business connect with customers’ bank accounts, have penned a deal that would see Visa purchase the San Francisco-based startup for $5.3 billion. The purchase price is roughly double Plaid’s previous valuation of $2.7 billion after its 2018 Series C investment of $250 million. Pending regulatory confirmation, the acquisition is expected to be completed in 3-6 months.

Founded in 2013 by Zach Perret and William Hockey, Plaid’s API enables companies to easily link with customers bank accounts and connects to a host of apps, such as Venmo, Robinhood, Coinbase, TransferWise, and Acorns. The company claims to have connected to one quarter of Americans with bank accounts and has expanded to both the UK and Canada.

Not being Visa’s first interaction with Plaid, the startup had previously received investment from its new owner, along with other recognizable names like Mastercard, Goldman Sachs, Citi, and American Express.

“This fits well, strategically,” commented Al Kelly, Visa’s CEO, in a call with investors on Monday. “We’re excited about new business and the ability for this to accelerate our revenue growth over time.”

Speaking to CNBC, Perret told CNBC that “We feel fortunate to have been there for the early days of fintech, and to have helped develop that ecosystem … This represents an important milestone, and the ability to work with Visa to make our products much bigger and better – both domestically and internationally.”

Whether such developments mean added features, further expansion to new territories, or something else entirely remains unclear. However, much like Google’s acquisition of Fitbit late last year, this merger witnesses the passing on of a treasure trove of data, with the curtain being pulled on the financial details of millions of transactions between startups and consumers; leaving Visa better positioned to understand and pre-empt what exactly is happening in industries where unpredictable disruption is valued above all else.