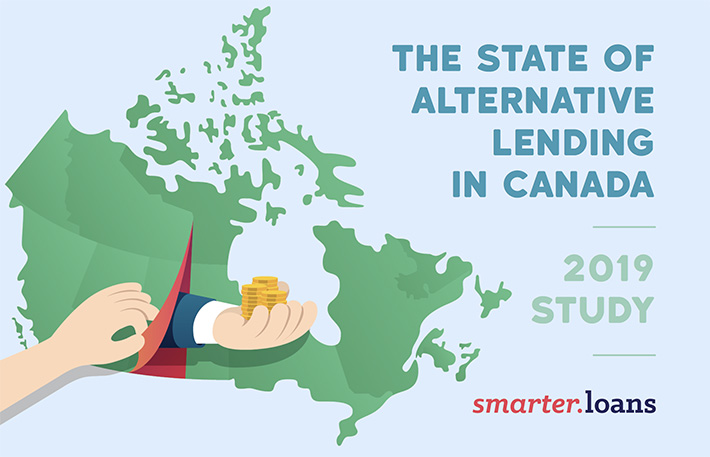 A study released by Smarter Loans this week indicates that the Canadian alternative finance industry has grown since last year’s iteration of the report. Titled ‘The State of Alternative Lending in Canada 2019,’ the report highlights how the market has developed in regard to the age and gender of its customers, the level of trust in online lenders compared to financial institutions, as well as the levels of satisfaction felt by Canadians dealing with alternative funders.

GEN Z IS ALL ABOUT THE PERSONAL BRAND

The first of these, regarding aspects of the customers’ identities, demonstrates that generational gaps are as wide as they’ve ever been amongst customers. Each age bracket questioned by the study showed differing priorities when seeking a loan. Generation Z, fitting in between those aged 18-24, paid attention to funders’ track records and reputation when looking for funding; whereas millennials (25-34) sought speedier applications and approvals. Generation X (45-54) however appeared more money-minded, with the priority being placed on terms and interest rates; and Baby Boomers (55-64) demonstrated a desire for having someone to talk to, putting customer service at the top of their list.

Vlad Sherbatov, Smarter Loans’ President and Co-founder, told deBanked that these differences can be summed up as the values each generation has developed through experience. Explaining that Gen Z is “all about the personal brand,” Sherbatov said, “People that are younger now really associate with the company they work for, they ask, ‘Am I aligned with or would I be embarrassed supporting this brand?’” While the Millennials’ response indicates a greater desire for results, “as the age progress the intent increases.” Gen X is “more educated and experienced people,” who appear to place the greatest importance on money; and Baby Boomers, the least digitally fluent group, just want the online applications to go smoothly and to have ready access to assistance.

As well as age, gender appeared to divide customers, with women more likely to spend more time researching loan providers than men; and more men saying that they were interested in approaching a traditional financial institution for a loan in the future, with half of them being of this opinion compared to just 39% of women. As well as this, it was found that women are more likely to find the application easier, but are less likely to be approved than men. 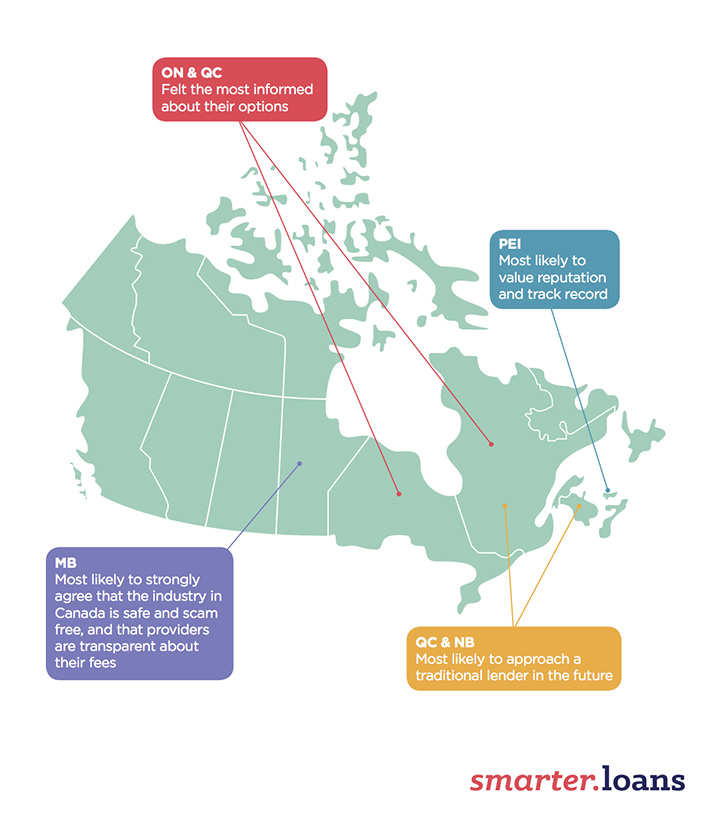 Regarding trust and transparency, roughly 70% of Canadians believe alternative finance to be a safe way of getting a loan. With 80% of customers feeling that they are informed enough of the industry’s practices and 69% saying that they believe online loan providers are transparent about their fees, interest rates, terms, and conditions.

According to Sherbatov, “this is a trend that’s been moving in a positive direction” over the years. With the 2018 version of this study emphasizing the need to build trust with Canadians to reduce that 30% which is holding out on, Sherbatov maintains the need to do more. “The more transparency from lenders, the more trustworthy it’ll be, the further the industry will advance.”

Customers appear to be mostly satisfied with the service they received from alternative lenders in 2019, with the average rating taken from the 2,415 respondents being 3.4 out of 5. This being a 0.2 bump up from last year’s score. Interestingly, one of the sectors reporting the highest levels of satisfaction were those customers who received payday loans, noting that they appreciated the speed with which they were approved.

Altogether, the report paints a picture of the Canadian scene as a market still in flux, where growth is happening, albeit slight, and both the customers and the lenders still have much to learn from each other.