Open Banking: Canada Might Not Be Able to Make Up for Lost Time

Over the last two years, open banking has become a matter of public conversation in Canada. Most would agree there is overwhelming support for the implementation of an open banking regime. So why has nothing concrete happened yet?

2019 turned out to be an exciting, yet painfully underwhelming year for open banking in Canada. The news media finally caught on to the movement and started publishing stories on the rise of robo-advisor apps, or how small and medium-sized businesses would be impacted, and so forth. Experts and industry leaders pitched in with a massive volume of op-eds, most of which were in support of open banking, and with many deploring Canada’s slowness. Some came to our podcast to discuss their perspective (spoiler: customer-centricity is a very big theme.)

Another telling sign of the importance of open banking is the fact that at the federal level, both the legislative and executive arms of the government have become actively engaged in the public conversation. The Senate of Canada’s committee on Banking, Trade and Commerce produced a well-researched report — perhaps the most valuable contribution to the conversation. This report calls for swift action on the part of the federal government to advance a regulatory framework for open banking. In parallel, the Department of Finance’s appointed advisory committee on open banking held a consultation with key stakeholders and should publish its own report in the near future.

Even to a casual observer, there was an obvious sense that Canada is ready to embrace open banking.

But here’s the thing: despite all this work and evidence of widespread support, Canada didn’t move the needle on open banking in any concrete way.

The UK has already implemented a comprehensive open banking regime, and continental Europe is close behind. Dozens more countries are working toward their own versions. Among the various geographies moving in this direction, some are opting for a government-led approach, the UK probably being the best example. Others, like the US, tend to be more market-driven. In Canada, the main stakeholders are still largely hesitant about where to strike the balance between the two approaches — and the result is that so far, both have failed to provide the leadership that would allow open banking to move forward.

The Department of Finance’s advisory committee was tasked to study the “merits of open banking”. This line of inquiry feels very old, and for good reason: to question whether we should have open banking or not is a false debate, and a time-wasting rabbit hole. The real question Canada should be asking itself when it comes to open banking is, “what is the objective we want to achieve here?”

Let’s take a few steps back to realize just how important this question is.

The UK had a very clear vision for their open banking regime. The Competition and Markets Authority had assessed that the oligopolistic dynamics of the banking sector were putting consumers at a disadvantage. Thus, the UK set on their open banking journey with a very precise objective in mind: make it easier for consumers to switch providers. While some take great pride in criticizing the UK’s implementation — stating that its objective was either wrong, too narrow, or poorly executed — the fact remains that they are ahead of the pack. And the UK’s leadership in this area still persists, with the Financial Conduct Authority now studying the question of extending the current open banking regime into a holistic open finance regime. 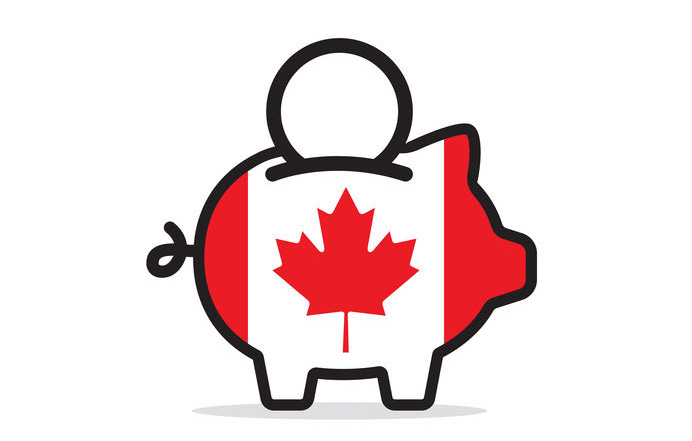 Meanwhile, in Canada, the government is trying to wrap its head around the big questions, such as the liability framework that should be put in place for an open banking regime to be viable. (In other words, in a system where financial services are decentralized, how do we go about making the consumer whole when something goes wrong?) However, without a decision on what end state we are looking to achieve with open banking, these conversations are doomed to keep looking exactly like they’re looking now: a bunch of market actors with conflicting interests pretending they know what’s best for consumers. Conversations happening in industry groups aren’t much more productive, with the “trench war” dynamics being the trend there as well.

The irony is that the technical aspects of open banking can be dealt with easily. From a technical standpoint, financial data-sharing APIs have proven their effectiveness, and coming up with a shared technical standard should not be too difficult. The real challenge is coming up with a framework everyone — incumbents and new entrants alike — can rally behind, something industry groups have largely been ineffective at.

Canada’s highly concentrated financial services sector is a stable one, but incumbents are not likely to open themselves up to disruption. This is the part where bold political leadership is required.

The clock is ticking

Data sharing is nevertheless picking up, as 4 million Canadians (and counting) have made fintech apps a part of their financial lives. Consumers and businesses who want the benefits of on-demand data sharing must rely on the current generation of financial aggregators, like Flinks. This system may work as a de facto connectivity layer, but the lack of standards results in a clumsy patchwork of bilateral deals between aggregators and banks. It just isn’t a viable way to achieve an open banking regime that levels the playing field when it comes to data portability.

In its report, the Senate’s Committee on Banking, Trade and Commerce states that Canada “risks falling behind” if it fails to implement open banking, and that “without swift action, Canada may become an importer of financial technology rather than an exporter.” It is true that if we keep delaying open banking, our slowness will prove to be a very stingy and lasting price to pay for the Canadian society; this is why we need bold action now. We can’t afford the comfort of waiting until we’ve figured out the 100% perfect solution.

There’s nothing like a real-world example: 2020 opened with a seismic shift when financial giant Visa acquired Plaid, one of the largest US financial aggregators, for over five billion USD. This is hinting at a new phase where markets will consolidate around a few large players; Canada can either ride the tide or get towed under.

It’s time to be bold

In the end, what needs to happen for Canada to move forward with open banking?

Our financial services sector can be compared to those of the UK and Australia, where a few powerful banks control a very large portion of the market. In those two countries, open banking was designed to stimulate competition, and government action was necessary to get things moving.

Right now, the question politicians ought to ask shouldn’t be if — or even how — but why. A why will pave the way and provide a natural direction to sort out the how. In 2019, discussions around open banking lacked this fundamental feature: political leadership centered on a bold, ambitious, consumer-centric mission statement. A why.

So here’s one for 2020: open banking will increase consumers’ choice when it comes to financial services. That would be a good start — and while good is not perfect, it still beats nothing by a landslide.

Home › Banking, Canada, Fintech, technology › Open Banking: Canada Might Not Be Able to Make Up for Lost Time