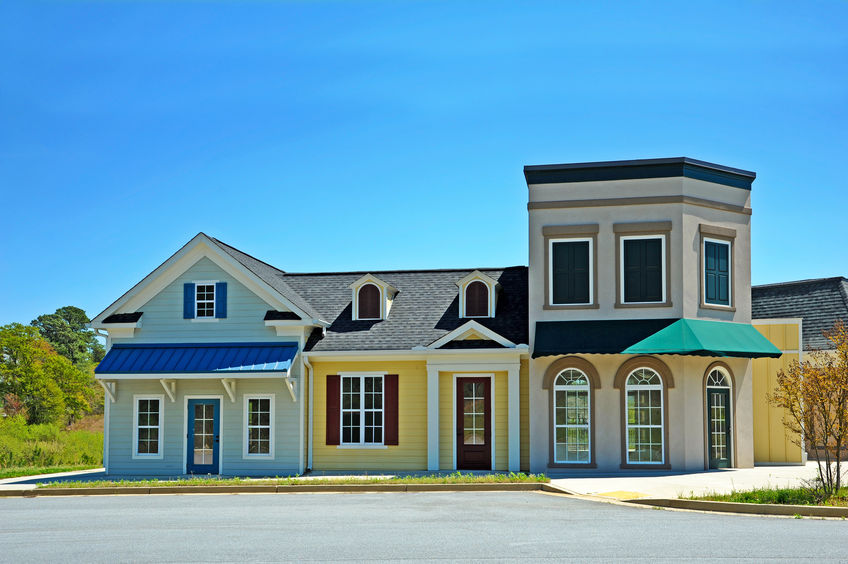 Depending on your vantage point, a slowdown is either already in progress, just around the bend or several years away. But some alternative commercial real estate professionals are trying to filter out the noise.

Instead, they are more aggressively forging ahead with growth plans, including trying to grab market share from banks.

The commercial real estate lending market remains highly competitive and alternative lenders say they remain focused on looking for opportunities to expand their business, even as the possibility of recession looms. At present, a number of professionals don’t see an imminent threat of recession, and even if there is one, they say they stand to benefit from picking up business banks don’t want to take on—or can’t—because of increased regulatory controls imposed on them since the last recession. 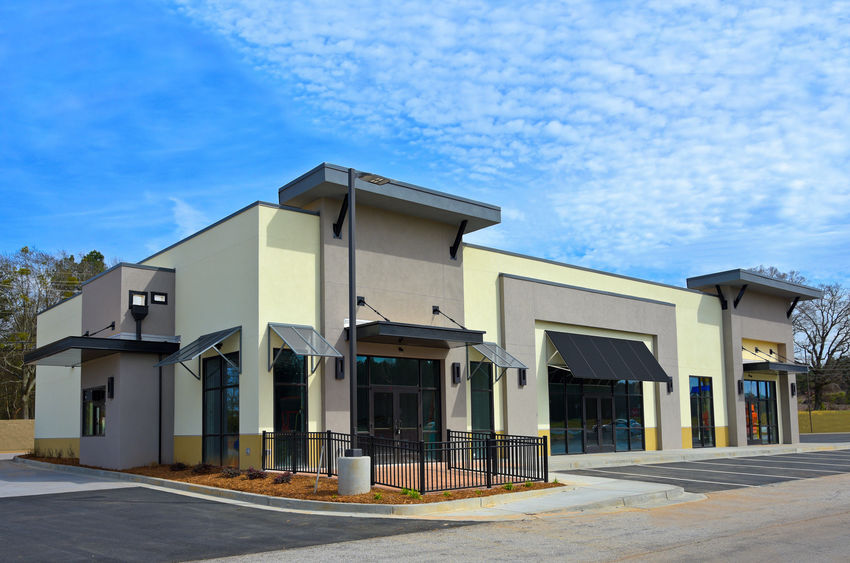 To be sure, alternative commercial real estate lenders say that for the most part, there hasn’t been a major pullback in their space. But due in part to mounting economic concerns and changing business priorities, banks—which had already scaled back from their pre- Great Recession exuberance—have been taking an even more cautious approach to lending. This is especially true in certain regions of the country, or in sectors deemed higher-risk such as hospitality and retail, alternative lenders say. While the pullback hasn’t been broad-based, it’s been enough in some cases to create strategic pockets of opportunity for opportunistic non-bank lenders such as private equity funds, debt funds, crowdfunding portals and others.

For many of these commercial real estate professionals, whether or not a recession is on the horizon is not a guessing game that’s worth playing. And with good reason, given how much disagreement there is among market watchers, investment management professionals and others about where the economy is headed.

Certain economic data continues to be strong, for instance, but political and geopolitical factors such as trade wars continue to raise red flags. Then there’s the fatalistic notion that the economy has been on a tear for so long that it’s due for a pullback at some point. This all translates into a hodgepodge of speculation and indecision about the economy’s direction. The dichotomy is evident from the difference in sentiment expressed in two fund manager surveys from Bank of America Merrill Lynch taken a month apart. October’s survey was decidedly bearish; by November, the bulls were back, muddying the waters even more.

Instead of wavering in indecision, however, some alternative commercial real estate players are hunkering down and highly focused on building their business in a cautiously optimistic and strategic manner.

Hurn of Fountainhead Commercial Capital predicts a number of increased opportunities for alternative commercial real estate lenders due to pullback from banks and a growing need for capital. He cautions alternative lenders against being too pessimistic and losing out on potentially lucrative market opportunities as a result.

“IF WE’RE NOT CAREFUL, WE’RE GOING TO TALK OUR WAY INTO RECESSION. IT’S A SELF-FULFILLING PROPHECY”

“I think we might be going into a period of slightly slower growth, but none of the indicators suggest we’re remotely close to where things were 10 years ago,” Hurn says. “If we’re not careful, we’re going to talk our way into recession. It’s a self-fulfilling prophecy.”

Indeed, even as perplexing questions about the economy’s long-term health persist, some alternative commercial lenders anticipate growth in the coming year. Evan Gentry, chief executive and founder of Money360, a tech-enabled direct lender specializing in commercial real estate, says the company’s loan origination business is on track to close between $650 million and $700 million in 2019. That’s expected to increase to about $1 billion in 2020, fueled by growth in some strategic markets, including Washington DC, Atlanta, Miami and Charlotte, N.C., where the company is seeking to add loan origination personnel. Gentry says the company also continues to experience strength in many of the western markets, including the intermountain west markets of Colorado, Utah and Idaho, where growth is expected to continue.

CommLoan, a commercial real-estate lending marketplace in Scottsdale, Ariz., also sees strategic opportunities to grow in this environment. Mitch Ginsberg, the company’s co-founder and chief executive, predicts 2020 will be a strong growth year for his company, after a several-year beta period. CommLoan has plans, for example, to start hiring account executives to build relationships in additional states. Initially, the focus will be on institutions in the Southwestern U.S., with plans to add lenders in Texas, Utah, Colorado and New Mexico in the early part of 2020, Ginsberg says.

“THERE IS STILL AN ENORMOUS AMOUNT OF ACTIVITY”

Though certain regions or business lines within commercial real estate may be experiencing some pullback, he says his overall outlook for the economy and commercial real estate remains strong. “There is still an enormous amount of activity,” he says. “If and when a correction does happen, it’s going to be a lot softer and not that deep and not that long because of the fundamentals in the economy.”

FINDING WAYS TO COMPETE MORE EFFECTIVELY WITH BANKS AND OTHERS

Some commercial real estate professionals say they are focusing more attention on sectors, regions and concentrations that the banks aren’t going after so readily.

If an alternative lender can offer more money than a bank on a particular deal or offer more flexible terms, or do deals that traditional lenders simply won’t do, for example, then it’s a boon for them. For a slightly higher price, alternative lenders—especially those whose business model relies heavily on technology—are able to take on slightly riskier deals than a bank might be able to stomach, says Jacob Goldsmith, managing partner of Goldwolf Ventures LLC, a privately held alternative investment and asset management company with offices in Miami and Austin. 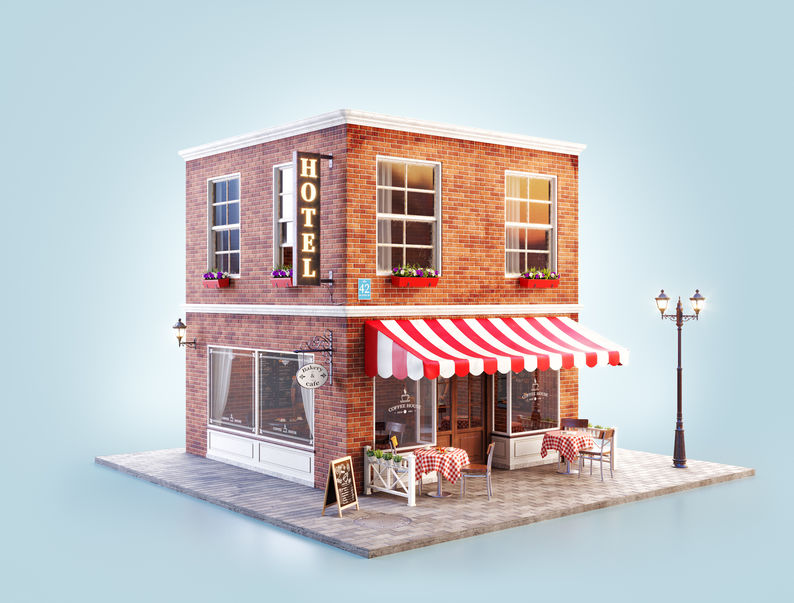 Especially given the ambiguous economic climate, there are several areas that could be prime opportunities for savvy alternative commercial real estate lenders to gain a leg up. For instance, some banks of late have shied away from certain special purchase property types like hotels, day care facilities and free-standing restaurants, says Hurn of Fountainhead Commercial Capital. These types of properties are traditionally seen as riskier in the latter part of an economic cycle.

Nonetheless, “there’s opportunity here for non-traditional lenders to step in and fill that gap,” he says. Retail loans are another category where banks have been pulling back. One reason banks are being more cautious is the sentiment that as online shopping becomes more pervasive, there’s less of a need for brick-and-mortar shops. This trend is underscored by the recent announcement of Transform Holdco—the company formed to buy the remaining assets of bankrupt retailer Sears Holdings Corp.—that it would close 96 Sears and Kmart stores by the end of February. Still, some industry watchers aren’t ready to concede retail’s demise.

While these types of announcements fan fears, concern over the death of retail is largely overblown, according to Troy Merkel, a partner and real estate senior analyst at RSM, which provides audit, tax and consulting services. “The banks are being too overly cautious,” he opines.

The opportunity for alternative lenders, he says, is not in funding loans that add to the supply, but rather in funding loans that change the existing supply. While the need for new development may not be as great, there is a growing demand for repurposed properties, he says. This includes upscaling an older mall or turning an existing retail building into a mixed use property, namely a mix of retail stores and multi-family apartment complexes. There is still a real need for these types of developments, Merkel says, and with banks shying away, the door is open for alternative lenders to “make a play,” he says.

“There will always be opportunities in the ups and downs, the ebbs and flows of the cycle. You just have to be a lot smarter in this part of the cycle,” says Goldsmith of Goldwolf Ventures.

Pockets of opportunity notwithstanding, alternative commercial real estate lenders have to play it smart, professionals say. For instance, they should not be overly bullish on a particular sector or throw caution to the wind when it comes to their underwriting practices.

“THIS IS PROBABLY NOT THE TIME TO BE COMPLACENT ANYMORE”

That’s because when the market turns—as it inevitably will at some point—there will likely be more defaults and lenders that haven’t dotted their I’s and crossed their T’s will understandably face stronger headwinds. They need to keep their close eye on expenses as well, which may have ticked upward over the past several years. “People get complacent when times are good. This is probably not the time to be complacent anymore,” says Hurn of Fountainhead Commercial Capital.

Another protective measure against an eventual downturn is to diversify sales channels and property types. “If you put too many eggs in one basket, it’s a problem,” Hurn says. 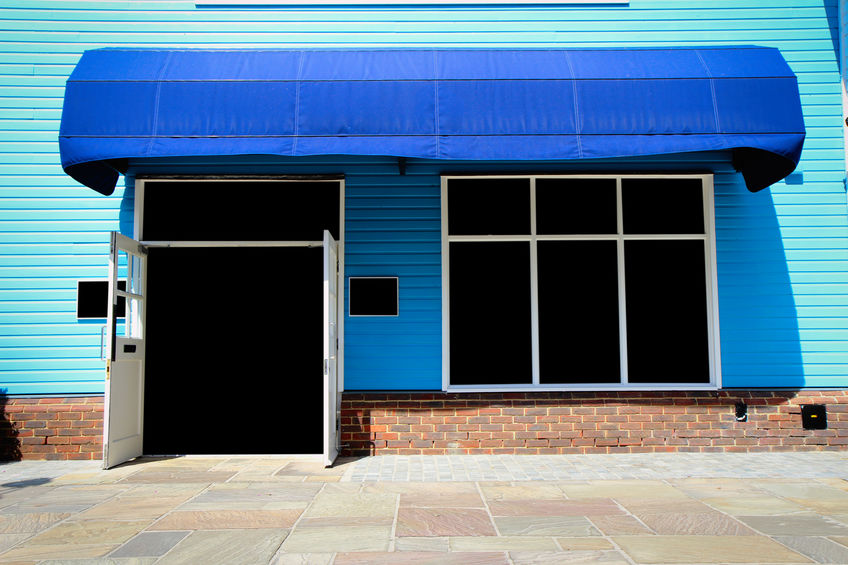 It’s also important for lenders to have their guards up since higher risk deals can lead to losses if a recession hits. Lenders have to be smart when it comes to taking on risk, says Tim Milazzo, co-founder and chief executive of StackSource, an online marketplace for commercial real estate loans. “They have to have a certain expertise in underwriting these transactions correctly and assessing risk,” Milazzo says.

In light of significant ambiguity about where the economy is heading, Gentry of Money360 says his company is protecting itself by taking an ultra- conservative approach. This means, for instance, only making first-lien position loans secured against income producing properties at a loan-to-value ratio on average of 65 percent, he says. Some alternative lenders are making these loans at a loan-to-value ratio of 80 percent or 85 percent, but Gentry says this is too high a rate for his taste. Also, Money360’s loans are also generally short- term—in the two-to-three-year range, which reduces some of the risk and seems especially prudent at this point in the cycle, he says.

When the market turns—as it inevitably will at some point—there will be more loan defaults, and those that are on the more aggressive end of lending will bear most of the challenges, he says.

He cautions other alternative lenders to avoid taking on excessive risk. “You’ve got to be thinking ahead and planning and lending as if the downturn is right around the corner—because it could be,” he says. Even taking a conservative approach, there are still significant business opportunities, he says.

BE ON THE LOOKOUT FOR RECESSIONARY OPPORTUNITIES

Meanwhile, if a recession does hit, alternative commercial real estate lenders say they will have even more opportunities to gain market share, participate in workout financing and hire key personnel. Alternative lenders that are more steeped in technology may potentially have even more of an upper hand since this can enable them to close deals much more efficiently and quickly and at a lower cost, while at the same time giving borrowers broader access.

“In a tighter market, every reduction in rate and cost will make more of a significant difference to borrowers than it does at the moment,” says Ginsberg of CommLoan, the commercial real-estate lending marketplace.

Although there are a growing number of alternative commercial real estate lenders who are relying more heavily on technology than they did in the past, commercial real estate lending still hasn’t flourished online to the extent personal and small business lending has. One reason is that the loans are larger and human intervention is often seen as beneficial, says Gentry of Money360.

However, online lending within the commercial real estate lending space is still on the horizon, according to Ginsberg of CommLoan. “It’s slow-go, but it’s inevitable,” he says.