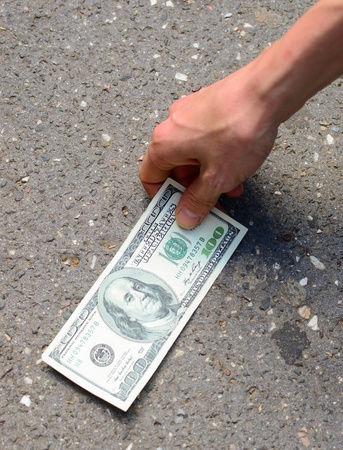 Let me ask you a question; If you were walking down the street and saw a $100 bill on the sidewalk, would you stop and pick it up? Of course you would, unless you didn’t see it. Or would you say, “I’m in a hurry and it’s ONLY $100. I’ll make a lot more money on that big MCA deal I’m heading into the office to work on, so I’ll just leave it on the sidewalk.” Really?!

Well, Here’s a rude awakening. For any of you who haven’t added Factoring to your financing product mix, that’s EXACTLY what you’re doing RIGHT NOW! And get this, you’re doing it with some of the SAME merchants you’re doing deals with RIGHT NOW! Here’s why; A percentage of your merchants sell Business-To Business (B2B), and get paid in 30 to 45 days, and in some cases, even longer.

Many of these are the SAME merchants who come to YOU for an advance to help cash-flow due to delayed invoice payments, so you provide an MCA, right? Right! That’s what we do. But here’s the problem: Next month they come back again, and then again, and then sometimes they get wise, secure another position somewhere else, and before long, well, we all know the story. After all that, while the last advance may have solved their immediate problem, they will ALWAYS have a continuing and on-going need for cash because they’re ALWAYS waiting to get paid. And the FASTER they grow, the BIGGER the problem! Sound familiar?

So, what does that tell us? In most cases, while an MCA may help stop the bleeding, it’s not designed to heal the wound. More specifically, the “wound” that needs to be healed is the un-predictable timing of customer payments on outstanding invoices. So while an MCA provides immediate relief, factoring solves the timing problem. Here’s how it works: The factoring funder provides an advance against approved invoices, typically 70% to 90%. Once the invoice is paid, the funder deducts the advance, along with their fee, and wires the balance to the merchant. So the advance essentially pays itself off, working much like a revolving Line of Credit (LOC). In other words, no payments! The term I use to describe this is called Self-Liquidating. 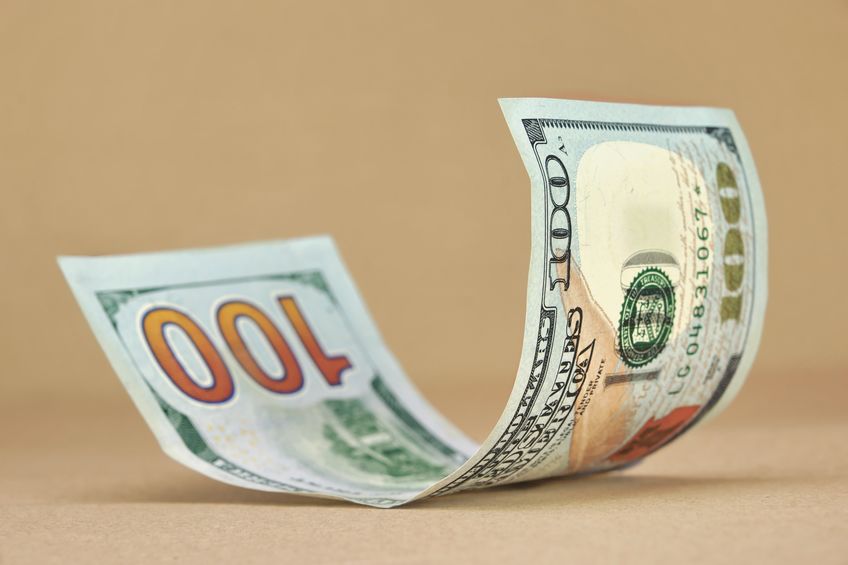 Here’s how I see it: when structured properly, factoring and MCAs can often complement each other and work well together. Factoring provides predictable cash flow because advances are based on predictable billings to their customers, whether it be monthly, weekly, or even daily. The predictable cash-flow from factoring advances is what the merchant can rely on to cover their continuing and on-going business expenses, i.e. payroll, materials, etc. MCAs can also be used to provide a lump sum injection to cover interim cash needs on a short-term basis, while factoring is being put in place.

Here’s an actual example of a real client situation we recently funded using this approach. Client is a large importer of Spanish wines selling to one of the largest spirits distributors in the country. They typically get paid in 45 to 60 days, so we established a factoring facility, which would take about a week. However, they had a container from Spain that needed to be paid for and shipped IMMEDIATELY to help fill holiday orders. We secured an MCA to pay for the container and negotiated an aggressive early pay-off discount. Once the factoring LOC was in place, the MCA was satisfied using a portion of the proceeds from the first factoring advance. We are now putting a purchase order funding facility in place to cover the upfront costs on all future container shipments from overseas.

This combined approach, enables YOU to provide FUNDING SOLUTIONS for your merchants, much like Ed McKinley described in the September/October, 2019 issue of deBanked Magazine where he talks about Consultative Selling. A true professional focuses on solving financing problems and building a relationship with their merchants, versus simply funding a transaction. You then have the opportunity of becoming a “trusted financing resource” versus a broker simply interested in what I call “hit and run” selling. In addition, this approach can have a multiplier effect on your income, enabling you to get paid on a continuing and on-going basis.

Speaking of getting paid, you may ask, “So how much money can I make with factoring?”

I’m so glad you asked that question. Maybe now is a good time to introduce myself. For over the past 25 years, I have specialized in arranging factoring/PO and contract financing for hundreds of growing business owners all over the country, providing millions of dollars in financing. Over the years I have earned in excess of a seven-figure income, primarily as a broker. I’m sharing this information with you to make a point; there’s a LOT of money which YOU can make too with factoring, IN ADDITION TO what you’re already making with MCAs.

So, then you say, “Well that’s great for you Watson, but how much money can I make?” Good question. Let’s take a look at how it’s structured. With factoring, you’re paid by the funder, just like an MCA. Two major differences. The first is that broker commissions for factoring typically range between 10% to 15% of the fee income earned by the funder per month. Fee income is earned once the outstanding funded invoices have been paid by the merchant’s customers. Broker commissions are then paid by the funder the following month. As an example, if the fee income earned by the funder was, say, $10,000 per merchant, per month, you would be paid $1,000 to $1,500 per merchant, per month. Ten merchants would pay you $10,000 to $15,000 per month and so on. Broker commissions will continue to be paid for the life of the factoring relationship and provide you with residual income, or what many refer to as, mail-box money, because it’s actually like getting a renewal every month from the same merchants, and you don’t even have to get out of bed!

A second source of income which is OPTIONAL, is to establish a fee agreement with the client to pay a success fee or origination fee based on the size of the facility. It is a one-time fee paid at closing and funding, either from the first factoring advance or over several advances based on what you work out with your merchant. Success fees are much like points in a closing on a real estate loan and typically range from 1% to 5% of the facility size. The fee is paid to you directly by your merchant once they have been funded. It is designed to provide you with IMMEDIATE INCOME. As an example, a $250,000 facility at 2% will pay you $5,000 or $10,000 at 4%. And that’s just for one merchant. How many could you do per month? For large contracts, we’ve established factoring facilities up to $5 million. I’ll let you do the math to see the potential.

“TAKE A LOOK THROUGH YOUR FILES.”

Combining these two income streams can potentially provide a significant increase to your existing MCA income base, and in some cases from your EXISTING book of merchants. These are what we refer to as the low hanging fruit. They include your construction contractors, service and supply companies, transportation, manufacturing, medical and professional services firms, or anyone else who invoices B2B. Some retail merchants also sell B2B, while others, like restaurants, may have catering contracts. Take a look through your files. For many of these merchants you are already asking for A/R Aging Schedules as a stip, right? Now that aging schedule takes on a whole new meaning! And if they’re not factoring now, my friends, THAT’s the $100 bill you “didn’t see” laying on the street, and potentially THOUSANDS more you are leaving on the table! To be sure, close the MCA they need right now, make the money, and set them up with Phase II by establishing a factoring facility on their behalf. Then continue to provide MCAs as needed to cover unexpected problems or take advantage of opportunities. Make sense?

The next article will be what I call Factoring 101 and will focus on 4 major areas: (1) What is Factoring? (2) How does it work? (3) What are the costs? and (4) How do you qualify? We will also talk about identifying and selecting potential factoring funders, HOW TO deal with UCC filing issues, Subordination Agreements, and Fee Agreements with your merchants. We will also touch on Purchase Order Funding as well.

The last article will be designed to bring it all together and talk about HOW TO establish a game plan and options for getting started with your factoring brokerage business and a few key tips on maximizing success in the business.

Gerald C Watson is a Financial Intermediary specializing in arranging Contract and Working Capital Financing for growing firms throughout the country, for over the past 20 years.

He has served on numerous Board of Directors, including the Commercial Finance Association (CFA), the St John's River Community College, and has also been a recipient of the SBA Business Advocate of the Year Award, and is a member of the International Factoring Association (IFA).

Home › Factoring, merchant cash advance › For ISOs Only — How To Develop Your Factoring Brokerage Business (Part 1)