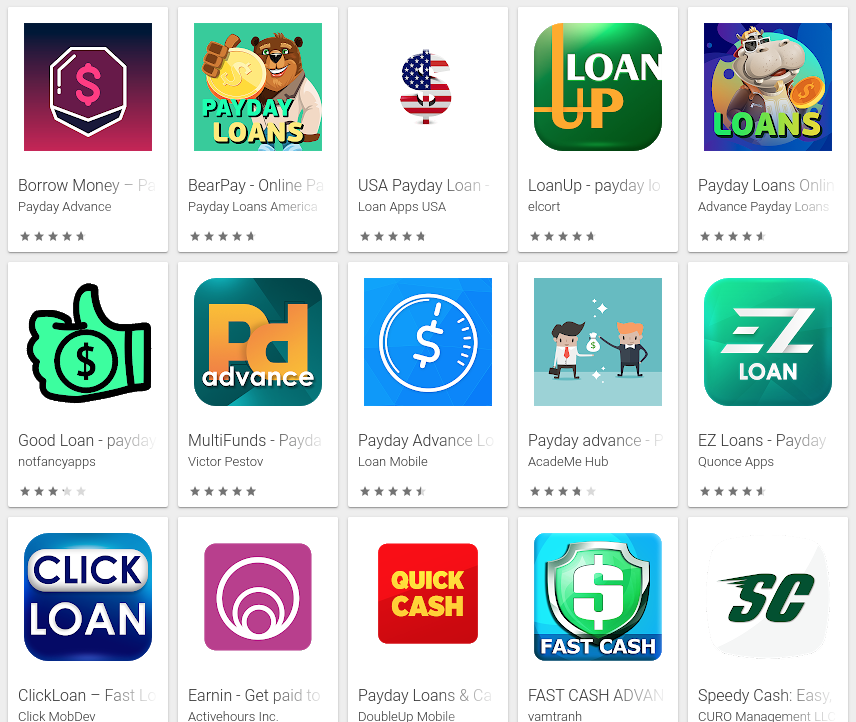 Google is implementing new rules for consumer lenders who have apps in the Google Play app store. And they’re pretty strict. If a lender offers loans that exceed 36% APR, their app will be banned. If the repayment period of the loan is 60-days or less, the app will be banned.

It doesn’t matter what lenders call these loans, at least according to Google’s updated policy. “Peer-to-peer loans” were used as just one example of a loan category subject to the new rules.

Despite the new rules and a WSJ story announcing that payday loans had been shut out of the platform, deBanked determined that hundreds of payday loan apps are still available for download. This includes Nas-backed Earnin which is under investigation by regulators in multiple states.

Google banned payday loan ads from its search result pages in 2016. The move was viewed in some circles as hypocritical since Google’s VC arm, Google Ventures, had just invested in a payday lender (LendUp) that offered loans in excess of 400% APR. However, LendUp was also affected by the ban, a move that LendUp’s then-CEO Sasha Orloff embraced. Orloff blogged about the irony, writing, “If effectively enforced, Google’s ban will push the payday loan marketing competition away from ads and toward natural search, where safer alternatives with quality content can shine.”

Perhaps Google aims to achieve a similar objective with its app store.

The full text of Google’s new personal loan rule for its app store is below:

We define personal loans as lending money from one individual, organization, or entity to an individual consumer on a nonrecurring basis, not for the purpose of financing purchase of a fixed asset or education. Personal loan consumers require information about the quality, features, fees, risks, and benefits of loan products in order to make informed decisions about whether to undertake the loan.

Apps for personal loans must disclose the following information in the app metadata:

We do not allow apps that promote personal loans which require repayment in full in 60 days or less from the date the loan is issued (we refer to these as “short-term personal loans”). This policy applies to apps which offer loans directly, lead generators, and those who connect consumers with third-party lenders.

This policy applies to apps which offer loans directly, lead generators, and those who connect consumers with third-party lenders.