The Canadian Lenders Association’s (CLA) workshop on credit invisibles and credit deserts was held at the Toronto law offices of Blake, Cassels & Graydon on June 5th. Situated in the financial district with views of the CN Tower, Michael Turner of Policy and Economic Research Council (PERC) kicked off the morning with a presentation on credit invisibility.

Using data from TransUnion Canada, PERC’s research showed that 36.5% of all credit files in Ontario, the most populous province, have between 0-2 trade lines. Anything fewer than three was considered to be credit invisible. The numbers were similar for Quebec and British Columbia at 33.7% and 37.2% respectively. Meanwhile, in sparsely populated Yukon, the percentage of invisibility is over 65%.

Credit deserts were geographic areas where invisibility was highly concentrated. 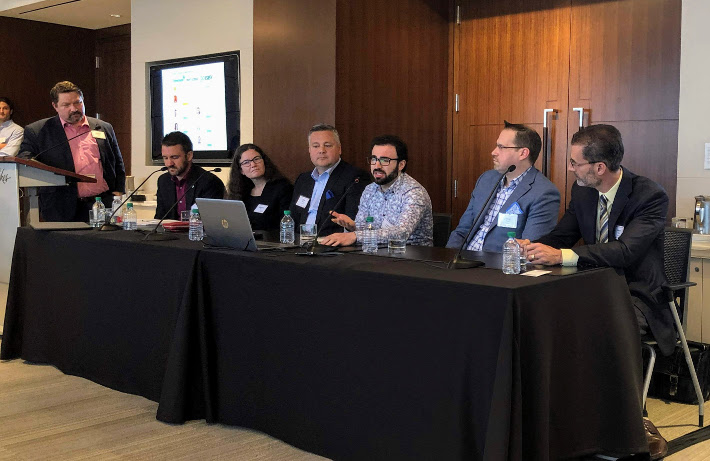 The panel that followed affirmed PERC’s research that there is a lack of available credit data on a significant portion of the population and that geographics play a role. Panelists included Jason Appel, EVP & Chief Risk Officer of goeasy ltd., Glenn Waine, Head of Data Science at TransUnion, Elizabeth Sale, Partner at Blake, Cassels & Graydon LLP, Tony Vardy, COO at Progressa, Vahan Der Kaloussian, Director of Data Science at Capital One, and Christopher Grnak, CRO & EVP and Trust Science.

A video recording of the presentations is below: