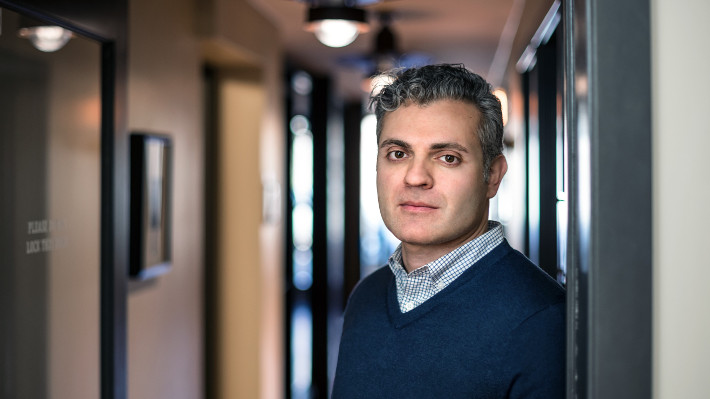 This week marked the launch of the Joust iOS app, a platform for freelancers and small businesses that provides banking, payments, collections and invoice factoring solutions. The Android App is scheduled for release on February 1, 2019.

“We straddle three different domains: payments, merchant processing, and factoring, all in one app,” said Joust co-founder and CEO Lamine Zarrad. “Most freelancers have a bank account, then add a payments account using Stripe or Paypal, or both.Then you need an invoicing tool. Now you’ve accumulated three or four different tools to bill your customers. What Joust did, in partnership with [our banking partner], is we were able to consolidate all of these tools.”

Zarrad said that Joust has three categories of customers: traditional small businesses, part-time freelancers, and full-time freelancers, or “solopreneurs” – people who dedicate all of their efforts to their entrepreneurial endeavors.

Some of the most common financial problems among solopreneurs that Joust aims to fix are stabilization of cash flows, gap financing, and integration of payments and banking.

In conjunction with an online banking platform, called Cambr, Joust provides customers with a bank account as well as a merchant account, which gives them the ability to accept credit cards directly into their account, Zarrad said. Cambr was created by StoneCastle, a technology enabled financial services company managing over $15 billion on behalf of its clients. It stores cash within a network of 850 community banks in all 50 states.

Another significant pain point for freelancers is collection of unpaid receivables. Zarrad said that entrepreneurs in general lost 14% of their receivables to non-paying or extremely delayed paying clients in 2018. The Joust platform/app also includes a collections service, which is a series of five emails strategically spaced out.

“Most bills don’t get paid not because people don’t want to pay, but because it’s been de-prioritized,” Zarrad said, “and having a third party act on behalf of a freelancer is immensely more powerful.”

If there is no response after the fifth email, Joust then outsources the collections. Having a Joust bank and merchant account is completely free, with the exception of credit card processing fees, which Joust passes on to the customer. Joust anticipates making money in part by bringing business accounts to StoneCastle and primarily from its factoring capabilities. Zarrad said they make 1 to 6% on guaranteeing invoices.