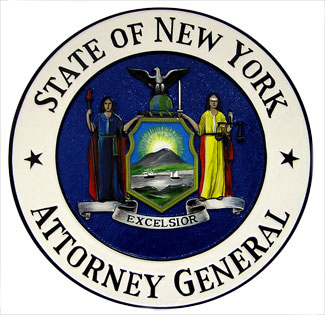 A former merchant cash advance CFO and executive for a fund that provides capital to merchant cash advance companies, has been charged with fraud by the New York Attorney General. The allegations against Stephen Brown stem from his role as CFO of Cardis Enterprises International, a company that claimed to possess patented and proprietary technology to make low-value credit card transactions less expensive for merchants. Brown is the former CFO for Capital Stack, LLC/eProdigy Financial in New York. In reality, Cardis was a massive fraud and a ponzi scheme, the Attorney General alleges. The company raised tens of millions of dollars from duped investors.

Brown is one of twelve defendants, but is described as the most senior financial executive of the firm whose principal role was to draft and send investor update letters, which contained a host of false statements and omissions.

Among the allegations against Brown is that he lied to investors about being close to finalizing deals with Sony, Warner, and Universal. “At the time of Defendant Brown’s representation, only one introductory meeting between Cardis and each music company had taken place, and the parties had not even executed non-disclosure agreements,” the complaint says. Several other business deals Brown announced were either imaginary, had never made it past a simple introduction, or had already been outright rejected by the prospective partner.

Despite being the CFO, Brown did not even maintain a basic income statement, a formal share registry, or comprehensive records of its debts and obligations. When the scheme was suspected by investors, Brown doubled down on the lies, the complaint says.

On September 24, 2015, a Cardis investor emailed Defendant Brown asking for the “latest on Cardis” and whether it was “a complete loss,” while mentioning a recent investor lawsuit. Defendant Brown, copying Defendant Rosenblatt, responded that the lawsuit claiming fraud was “frivolous,” while claiming that Cardis’ relationship with Roc Nation was “developing” and ongoing. In fact, the lawsuit had merit, and Cardis’ relationship with Roc Nation was long over.

These misrepresentations and omissions were material to investors because they bore directly on Cardis’ viability.

The defendants stand accused of Material Misrepresentations, Repeated and Persistent Fraud and Illegality, Actual Fraud, Equitable Fraud, and Constructive Fraud. The Attorney General is pursuing restitution for victims, a ban from the securities industry in the State of New York, and to liquidate the company.

The docket # is 452353/2018 in the New York Supreme Court. The allegations have not yet been proven. According to LinkedIn, Brown currently lists himself as the President of GMA USA, LLC, President of CoreFund Capital LLC, and the CFO of Nanovibronix. He also lists being the CFO of eProdigy Financial for almost 3 years until early 2017.