THE ABCs OF SBDCs 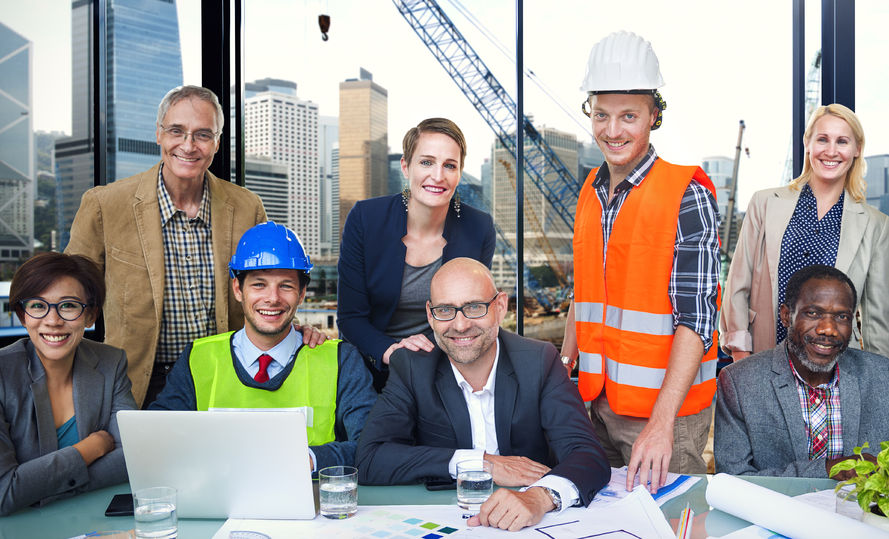 An often-overlooked national network of nearly a thousand Small Business Development Centers has the potential to help alternative funders cement relationships with existing clients and locate new ones. The centers, known as SBDCs, offer free or low-cost training and consultation to established and aspiring merchants and manufacturers.

The earliest SBDCs have been around for four decades. The centers operate in conjunction with the Small Business Administration as public-private partnerships and serve about 1.5 million clients annually.

But not everyone knows all that. “The network is underutilized,” says Donna Ettenson, vice president of operations for Washington-based America’s SBDCs, which functions much like a trade association for the centers scattered across the nation. “We’re one of the best-kept secrets in the United States federal government.”

That means alternative funders can assist customers by simply informing them that the centers exist and can offer potentially beneficial services. Providing basic information on the SBDCs could become part of a consultative approach to selling that brings repeat business, especially with merchants who lack business skills or experience, observers suggest.

What’s more, alt funders who want to increase their chances of benefitting from SBDCs can go beyond merely providing clients with a rundown on the centers. The funders can become actively involved with the work of carried out at the centers.

One way of taking part is to contact nearby centers and offer to make presentations at seminars or workshops, Ettenson says. Funders could provide information to fledgling business owners on the instruments available through the alternative-funding industry, such as cash advances, loans and factoring, she suggests.

To get started, alternative funders can visit the America’s SBDC website, where they’ll find a search tool that provides contact information for their nearest centers, Ettenson says. From there, they could discuss possible connections with officials at the local centers, she advises.

That involvement would not only provide exposure to merchants in need of capital but also to center officials who point merchants toward capital sources. If enough members of the alt funding industry took part, their work could eventually give rise to something akin to the lists of attorneys that some centers maintain, Ettenson says.

Centers often tap attorneys—perhaps quarterly—to lecture on a rotating basis on what type of business to form. That could mean organizing as a corporation, limited-liability partnership or some other form. In much the same way, funders could share their knowledge of instruments for obtaining capital.

Funders could emulate the lawyers who use the centers as a forum for soft marketing, Ettenson says. The speaker becomes a familiar face and can leave business cards that students could use to contact them as questions arise. However, speakers must provide general information and are prohibited from using speaking opportunities as blatantly self-promotional unpaid advertisements, she cautions.

What’s more, the centers have to exercise caution to avoid recommending specific attorneys, accountants or sources of capital because they could incur liability if events go sour and a service provider absconds to Bogata, Columbia, Ettenson points out. That keeps the centers “ecumenical,” in that they provide a list of professionals for clients to interview and rather than pointing to a single source.

Alternative funders can explore other ways to become involved with SBDCs, too. The national organization presents an annual trade show and professional development conference for service-center directors and service-center staff members who teach or consult with clients. Alternative funders who have taken booth space on the exhibition floor or made presentations in the accompanying conference include RapidAdvance, Breakout Capital, Kabbage and Newtek Business Services.

When America’s SBDCs issues a call for presentations at the annual conference, it receives approximately 300 applications for about 140 speaking slots. Some of the speakers come from the rosters of presenters at past shows, while companies newer to the trade show can purchase an entry-level sponsorship that includes booth space and the right to conduct a workshop.

The attendees at those annual conferences can tell their clients about the funders they encounter there. Attendees can also find out more about the alternative- funding industry and then pass that information along to merchants.

Some regional centers in states with large populations—such as California—can also hold conventions for their officials, says Patrick Nye, executive director for small business and entrepreneurship at the Los Angeles Regional SBDC Network, which is based at Long Beach City College. His state was planning its second statewide gathering this year and intends to do it again every other year. Alternative funders could participate, he says.

“IN ORDER FOR THE FEDERAL MONEY TO BE PULLED DOWN, A MATCHING NON-FEDERAL DOLLAR MUST BE PROVIDED AS WELL.”

With so much going on at the centers, someone has to front the cash to keep the lights on. Local organizations are funded partly through federal appropriations administered by the SBA. “In order for the federal money to be pulled down, a matching non-federal dollar must be provided as well,” Ettenson says. The federal funds are apportioned based on the amount of matching funds the centers provide.

The matching funds usually flow from colleges, universities and state legislatures. “It’s a mix,” Ettenson says of the sources. Institutions of higher learning often meet part of their matching-fund goals by providing “in kind” resources—such as classrooms, services and instructors—instead of cash.

In the six states that administer the centers through their economic development departments, the state legislatures generally appropriate matching funds. In Texas, the representatives of the state’s four regional programs combine forces to lobby the legislature for matching funds, and that teamwork reduces the cost of their efforts in Austin.

The federal funds and matching funds support local and regional centers that belong to a network based on 62 host institutions. Of the 62, six operate through the economic development departments of state governments. They’re in Indiana, Illinois, Ohio, West Virginia, Minnesota and Colorado. The rest of the host institutions are mostly universities or community colleges. Some are based in economic development agencies. 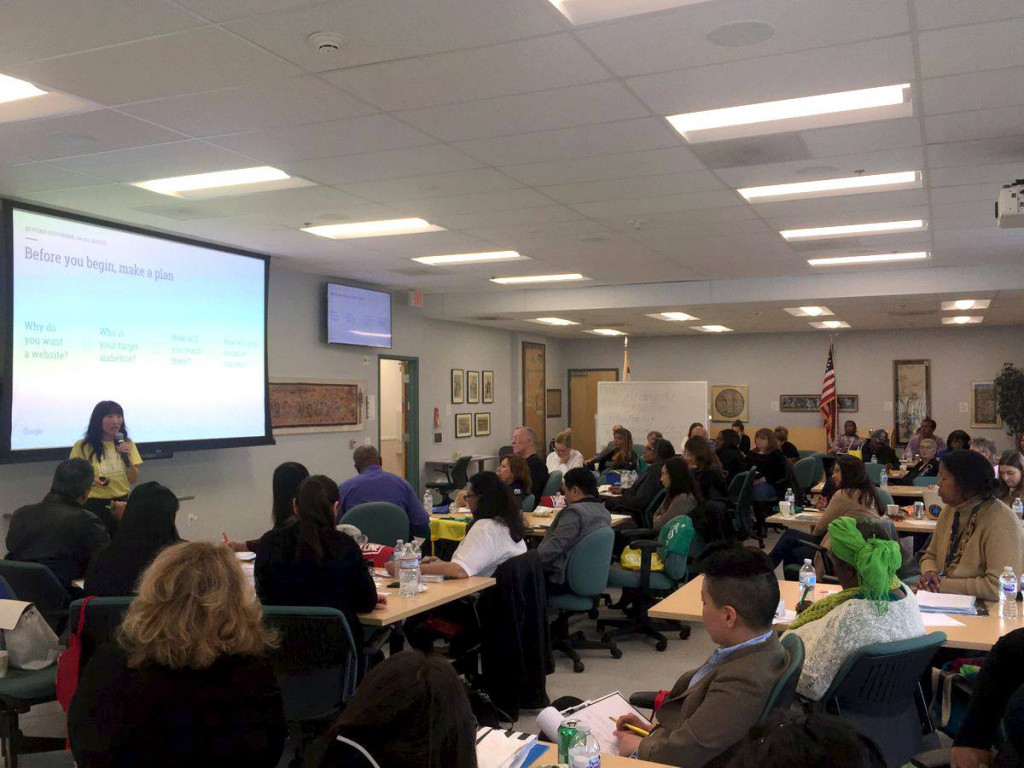 The local service centers provide training and consulting for entrepreneurs starting or expanding their enterprises. About 60 percent of the clients are already in business. Of the 40 percent who don’t own a business, about half launch one after receiving assistance from an SBDC, Ettenson says.

The centers don’t charge for consulting services, and the fees for training are just large enough to cover expenses. The training fees usually remain in the centers that provide the instruction where they’re used to cover expenses like buying computers.

In Southern California centers, the business advisors are usually under contract and have knowledge to share from their experience in business, marketing, banking, social media, consulting or other realms, says Nye. Not many college instructors work in the centers, he notes, adding that the centers are monitored to avoid conflicts of interest among advisors.

Discussing those surveys, Ettenson offers some details. “If you talk to us for two minutes, we don’t consider you a client,” she emphasizes. The SBDC definition of what constitutes a client calls for at least one hour of one-to-one consulting or at least one two- hour training session, she says. The organization defines “touches” as people with less exposure, such as those who call on the phone with a question.

“WE DON’T EXCLUDE ANYBODY IN ANY WAY, SHAPE OR FORM UNLESS THERE’S SOME REASON TO THINK THEY’RE FRAUDULENT”

When an SBDC client needs funding, officials at the centers have no qualms about including alternative funders in their recommendations to clients who are seeking funds, says Ettenson. “We don’t exclude anybody in any way, shape or form unless there’s some reason to think they’re fraudulent,” she notes.

But malfeasance isn’t the worry it once was, Ettenson asserts, noting that alternative funders have gained credibility in the last five or so years as they began policing their own industry. “They’ve learned to keep track of who’s in their space and how they’re operating,” she says.

Alternative financing has established a niche that benefits small-business people who know how to use it, Ettenson maintains. “They understand that they’re borrowing money for a short period of time and it’s going to cost you a fair amount,” she says. “It’s a short-term bridge to get to whatever your goal is.” Merchants seeking funders should learn the differences among alternative funders—whom she says all operate a little differently from each other—to choose their best option.

And opportunity for alternative funders may abound at the centers in the near future. Nye cites the two biggest goals for his centers as new business starts and capital infusion. Center advisors help develop business plans that aid clients in obtaining financing, he says. Last year, his region received a little over $4 million from the SBA and used it to help start 365 new businesses and raise $148 million in capital infusions. Those efforts created 1,700 jobs, he says.