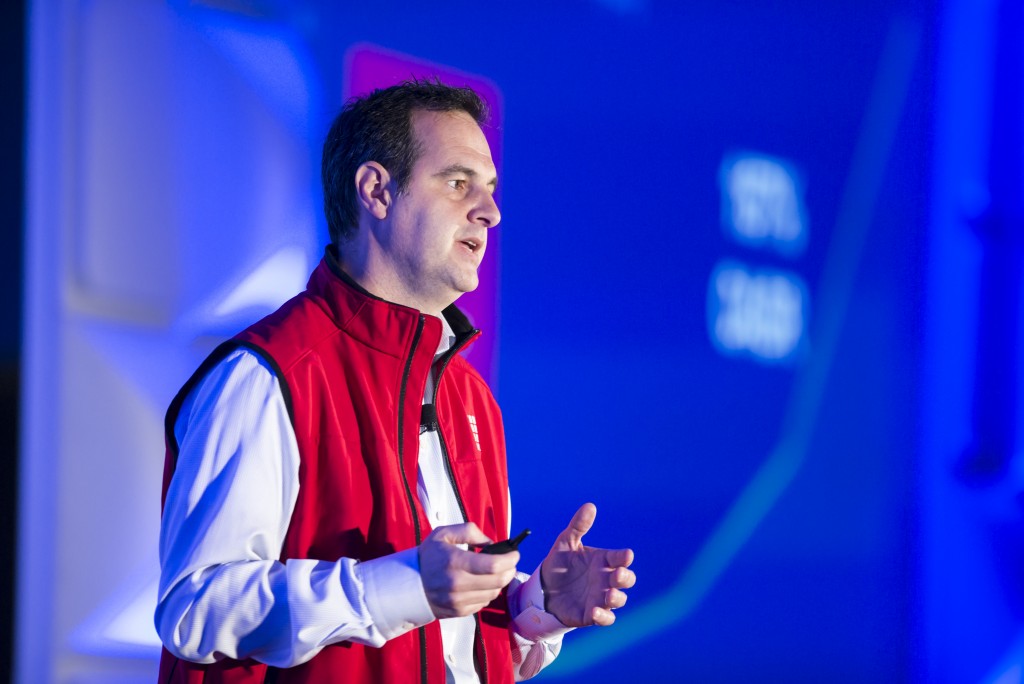 Renaud Laplanche, 1 month before he resigned from LendingClub at the LendIt USA 2016 conference in San Francisco, California, USA on April 11, 2016. (photo by Gabe Palacio)

LCA, Laplanche and Dolan have agreed to settle the SEC’s charges against them and will pay penalties of $4 million, $200,000, and $65,000, respectively. The SEC also barred Laplanche from the securities industry for three years. LCA, Laplanche, and Dolan agreed to the entry of the SEC’s order without admitting or denying the agency’s findings.

This follows Laplanche’s ouster from LendingClub in May 2016 amid revelations of falsified loan records and conflicts of interest under Laplanche’s leadership. He is now the CEO of Upgrade, a San Francisco-based online lender, and he has been hailed recently for his resilience for making such a quick comeback.

A representative from Upgrade provided deBanked with a statement from Laplanche:

“I am pleased to have worked out a settlement with the SEC to put to rest any issues related to compliance lapses that might have occurred under my watch at Lending Club. Consistent with SEC policy, I have agreed not to admit nor deny the specific narrative of the events contained in the settlement order.  I would like, however, to provide additional context:

1. To the extent there was an imbalance between 60-month and 36-month loans in one of the LCA funds as compared to its initial target, the specific 36/60-month balance was disclosed to investors every month.

In any event, I am glad that we can now put these issues behind us and focus on the important goals of making credit more affordable to consumers and delivering attractive returns to investors through disciplined underwriting and exciting product innovation.  With the benefit of my prior experience, I feel better equipped to establish a strong culture of compliance and effective internal controls under the supervision of capable professionals.”

LendingClub, the actual company, or LendingClub Corporation, was spared any charges from the SEC because of its cooperation with the agency. The SEC press release explains below:

“The SEC’s Enforcement Division determined not to recommend charges against LendingClub Corporation, which promptly self-reported its executives’ misconduct following a review initiated by its board of directors, thoroughly remediated, and provided extraordinary cooperation with the agency’s investigation.  LCA also reimbursed approximately $1 million to investors who were adversely impacted by the improperly adjusted monthly returns.”

Lending Club, which Laplanche brought public 2014, did not respond in time to questions before publication.