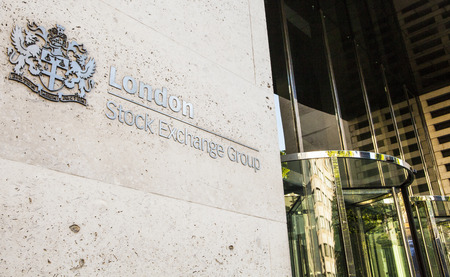 Funding Circle became a public company yesterday on the London Stock Exchange, listed as FCH. Founded in 2010, the peer-to-peer lending platform for small and medium-sized businesses, was initially priced at 440 pence (£4.40), which was on the low end of the 420-530 pence per share price range. But it opened at 460 pence, placing the value of the tech company at roughly £1.5 billion, or $2 billion, according to a Reuters report. In conjunction with the company’s IPO, it raised approximately £300.

The stock price dropped below the initial 440 pence per share on Friday to 435 pence, but went back up by the end of the day. The company was founded by Samir Desai, James Meekings and Andrew Mullinger, who all met at a pub in Oxford, England, according to a University of Oxford publication. Desai and Meekings were both studying Economics and Management at the university.

Among the company’s investors are Union Square Ventures, Blackrock and Index Ventures, in addition to a £150 million investment from Danish billionaire Anders Holch Povlsen.

According to the company’s September 2018 prospectus, Funding Circle’s total revenue has steadily increased over the past few years with $32 million in revenue in 2015 and $50.9 million and $94.5 million in 2016 and 2017, respectively. The company has facilitated £5 billion in loans its inception in 2010.

In August, Funding Circle rebranded with a new logo, and in June, the company expanded its partnership with Kansas-based INTRUST Bank, strengthening it presence in the U.S. market.  Funding Circle offers small business financing from $25,000 to $500,000 with repayment options up to 5 years. While headquartered in the UK, the company also services customers the U.S., Germany and the Netherlands. Its headquarters is in London and it also has an office in San Francisco.