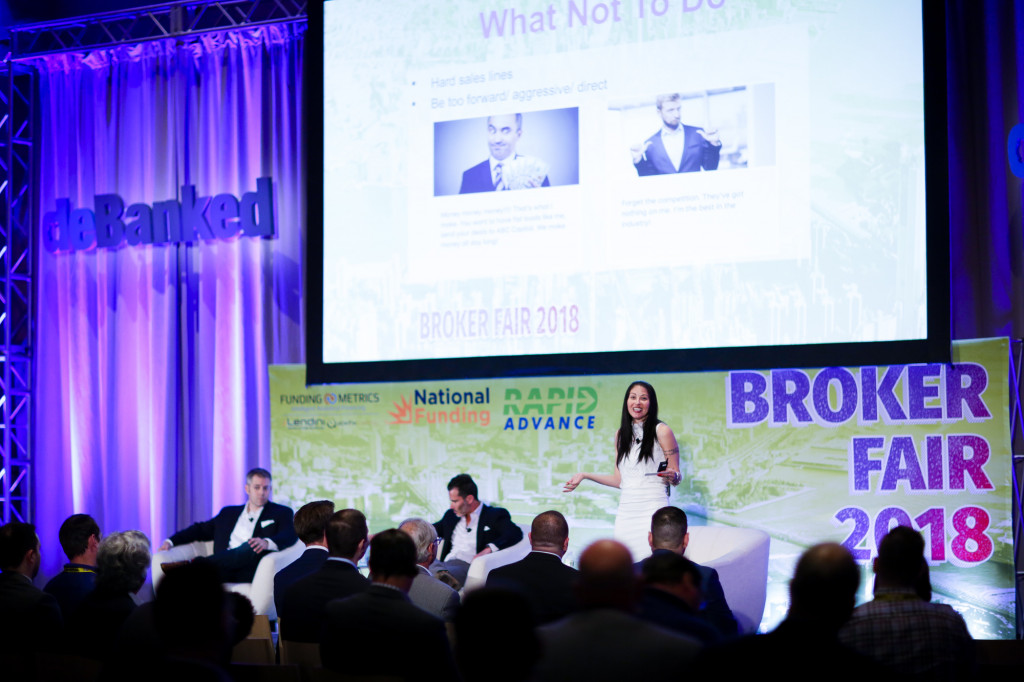 Jennie Villano, Vice President of Business Development at Kalamata Advisors, opened Broker Fair’s “Marketing Your Business” panel by stressing the importance of being personable on LinkedIn. She said that while LinkedIn is certainly a professional platform, warmth and congeniality go a long way. And so does thinking creatively by presenting yourself outside of your professional box.

For instance, about two months ago, Villano started a cooking show video series on her LinkedIn page called “Cooking with Kalamata,” in reference to her company’s name. In each video, she invites a different guest to cook something with her in an informal home kitchen setting.

Villano acknowledged that cooking has nothing to do with lending. But it doesn’t matter, she said. The cooking shows allow potential clients to see her in a casual, non-business environment so that even if she hasn’t met many of her LinkedIn contacts, they can feel like she’s a personal friend. And people want to do business with their friends, she said.

The “Cooking with Kalamata” video posts, which are two to four minutes long, have received thousands of views and Villano said that she has seen an increase in business in just the few months after she started making these videos.

Tom Gricka, founder and president of Bablyon Solutions, a marketing and technology company that services the alternative lending industry, spoke about the importance of communication among different teams within a company.

If a company has a bad month, Gricka said that often brokers will blame the marketing team for bad leads and the marketing team will blame the brokers for not selling well. Gricka said that usually neither party is correct. Instead, he said that brokers should be communicating with lead generators about what they’re hearing on the phone and what kinds of leads they would like to be getting more or less of. Likewise, marketers/lead generators need to listen to what the salespeople are saying so that they can produce more targeted leads.

Finally, CEO of Reliant Funding Adam Stettner spoke about the importance of testing marketing efforts online. And he said to make sure that you’re only testing one variable at the same time.