Ron Suber: ‘This Industry Will Look Very Different One Year From Now’ 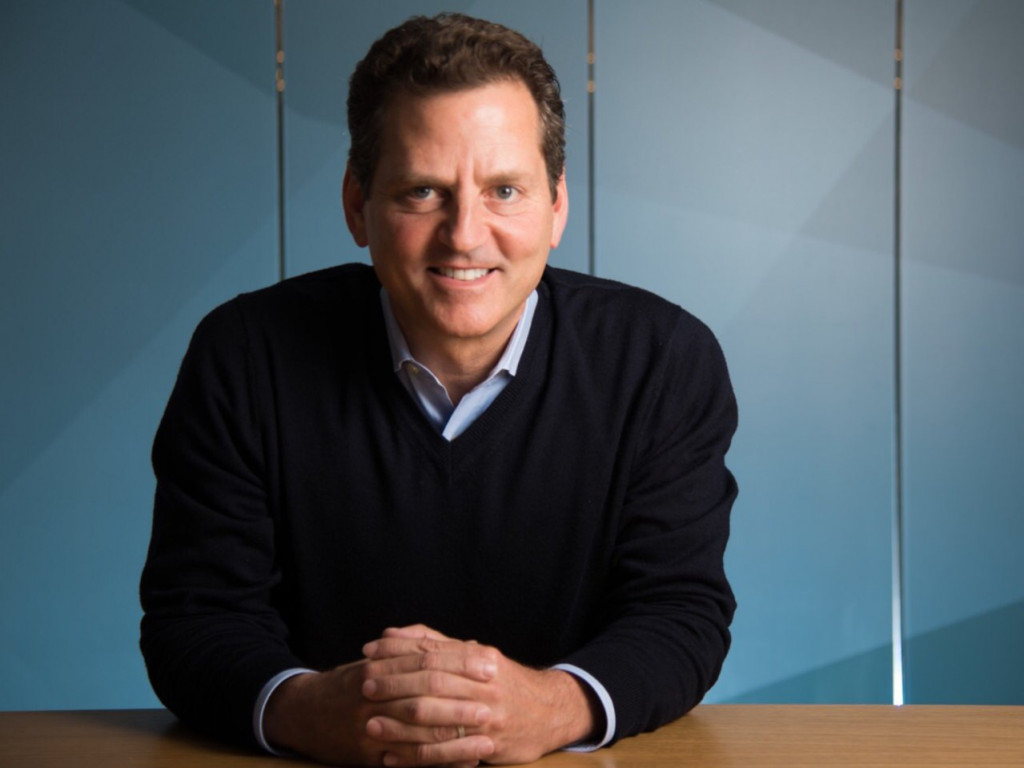 Ron Suber wears many hats. His official LinkedIn profile lists him as President Emeritus and Senior Advisor at Prosper Marketplace. Now you can add a new title to his repertoire – the Magic Johnson on fintech. That’s because when it comes to Suber’s legacy, he’s all about the passing game.

“I really enjoy the assist in basketball more than the score or the dunk and so I’m trying to be that leader of assists in our industry, Magic Johnson, if you’ll let me use that analogy … I want to be him for our industry and help everybody win and help the whole thing be bigger, but you have to give the ball to the people in the position where they can score and that’s what I’m trying to do,” said Suber in a podcast discussion with Lend Academy’s Peter Renton, who is also a co-founder of LendIt.

Since Suber stepped down as president of Prosper, his presence in marketplace lending and fintech only seems to have blossomed, which in hindsight may have been the plan all along. The godfather of fintech, as he’s also known, is in the midst of what he’s dubbed a professional rewiring, one that didn’t prevent him from participating in a podcast with Renton.

During the discussion, Suber didn’t shy away from any topic, fielding questions on everything from his investment portfolio, to Prosper, to travel and his views on marketplace lending and fintech. His travels have taken Suber to Patagonia and the straits of Magellan to his favorite Aussie city of Melbourne. Next up Suber plans to explore Africa, including Rwanda and Tanzania.

San Francisco-based Credible, a consumer finance marketplace for millennials, just raised $50 million in an Australian IPO. Suber, who serves as chairman of the fintech, got to know Credible CEO Stephen Dash a few years ago. When Dash needed to raise money, Suber was the first to work with other fintech influencers including a group in Asia to invest $10 million in the company at a $40 million valuation.

Credible followed up with another equity round before deciding to IPO in Australia, where the market is different versus the United States or Hong Kong.

“We were able to meet with the asset managers, the family offices, and the superannuation funds and some of the pension funds in Asia, Hong Kong in particular, and throughout Australia who were very supportive of Stephen Dash, who is from Australia,” said Suber, adding that Credible was the biggest tech/fintech IPO in Australia last year.

Incidentally, Suber has also met with Australia Treasurer Scott Morrison, who sparked a meeting with Suber, Dash, US cryptocurrency exchange Coinbase and other members of the payments market to discuss how Australia can engage with young US entrepreneurs.

“IN MY OPINION, THE WINNERS INCLUDE COINBASE, RIPPLE AND ETHEREUM”

We asked Suber what to expect with crypto and lending, in response to which he told deBanked: “Like the very early days of the internet, there were lots of dot-com companies with high valuations in the hype cycle, little revenue and unclear long-game solutions…think Amazon. Big winners emerged, and the majority lost money on the early bets. The same is true for cryptocurrencies. Enormous winners will emerge. In my opinion, the winners include CoinBase, Ripple and Ethereum.”

While Suber has moved on from an executive role at Prosper, he remains engaged with the company and is close with the leadership team, including CEO David Kimball and CFO Usama Ashraf. Suber’s involved across the board, from customer acquisition, to business development and on the capital markets side of things as well.

“It’s again doing close to $300 million a month in originations, it has $100 million in cash it generates cash each quarter, it has its own securitization channel at this time in addition to the consortium … There’s a lot going on there including some product expansion, so there’s no shortage of things to do with Prosper, which I care a lot about,” said Suber.

Suber on Hindsight Being 20/20

Marketplace lending has had peaks and valleys along the way as it has matured from a nascent segment to essentially a transformational influence on the lending space, with its technology touching everything from the business model, to the borrower to the banks.

But if hindsight were 20/20, there are some things he’d do differently the second time around.

He pointed to Prosper’s acquisition of American HealthCare Lending, which he characterized as a “great decision,” giving the marketplace lender an opportunity to tap the healthcare borrower market. But as in any relationship, you can’t change each other.

“We changed American Healthcare Lending too much and tried to make it into something that it just couldn’t be with the point of sale financing. I think the lesson there is it’s great to do an acquisition, but you have to make sure you execute and keep it fresh and focused and successful once you get it,” said Suber, pointing to the acquisition of Tel Aviv’s BillGuard as yet another example of this.

Prosper also took on too much office space around the country.

“Perhaps we could have outsourced a little more instead of all the hiring. Clearly diversifying committed capital and maybe back then even using some of the capital we raised to do these own CLUB deal securitizations, which Prosper does now very successfully with its balance sheet,” he noted. 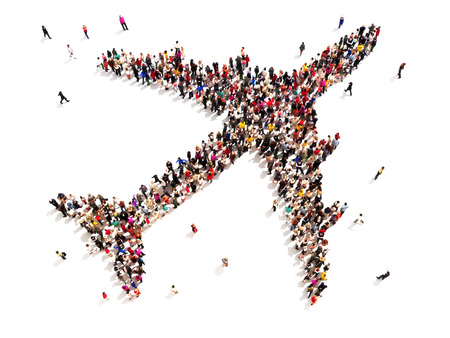 Suber also urged the marketplace lending market to showcase its technology and unique abilities as “tech-enabled finance companies” more. As the innovator that he is, Suber suggested there should be greater collaboration among marketplace lenders, comparing it to the airline industry. He explained:

“So, the airline industry is competitive, they’re competing for dollars and seats and people and talented pilots and the best planes, but the reality is they have to work together, they have to make sure that planes don’t crash and that the industry is on time and does lots of good things together… And that’s really what I think we can do better, a better job of as an industry is really working together, competing, but communicating and making sure everybody lands safely.”

As the godfather of fintech, Suber is often looked to as a guiding voice on the status of the market. That’s why when he says the industry has advanced in innings, it’s revelatory.

“I think we’re in the home stretch, I think we’ve done the seventh inning stretch,” he said. Suber pointed to Asia, where the market has gone from 3,000 platforms to 50 and in the United States where it’s consolidated from 300 to fewer than 100.

“THE MATURE ARE MATURING”

“The mature are maturing,” he said,” pointing to a race in which some platforms are pulling away from others in terms of valuation, volume and the ability to engage the industry.

“The separation will continue,” he said. “The industry will look very different one year from now.”

Suber on His Investment Portfolio

If you’ve ever wondered which investment areas Suber believes represent the next opportunity, look no further. He’s “struck” by financial inclusion, in particularly a telecom play Juvo for which he’s an advisor and in which invested a few rounds. Juvo is looking to serve the unbanked in the developing world where they lack financial identities, internet access and smartphones. The company has partnered with the likes of Samsung.

“We talk a lot in the online lending industry about top down, super-prime and prime and near prime; this is my way of coming from the bottom up with technology and data and finance to be involved in financial inclusion. I’m really quite excited about that one,” said Suber.

He also likes startup Unison and the emerging fractionalization of the home equity market, which he characterizes as “the next big thing.” In addition to Suber, this market has attracted the likes of Marc Andreessen.

Suber has nearly 20 investments in private companies, including payment companies, financial inclusion and lending. He’s also become a debt investor to some online lenders, invoice finance plays among others. “I’ve really enjoyed the debt side of investing as much as the equity side,” he proclaimed.

In addition to marketplace lending, Suber is also a believer in the point-of-sale (PoS) solution and invoice finance companies, which he says are “fixing the way invoicing is financed and making it better, cheaper and quicker.” And in taking an overarching view of the market, he also likes the cleantech, pointing to solar fintech play Mosaic and a company called CleanCapital. 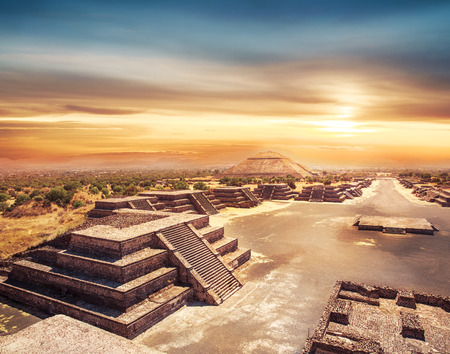 Suber is a big believer in rewirement, both in his personal life and in business. He defines it as “redesigning one’s life personally and professionally.” Before he applied it to his career, Suber and his wife Caryn pursued a rewirement in their personal lives, one that included selling their home and material possessions, buying a new home and traveling.

“THERE’S A LOT OF GREEN ON MY CALENDAR”

In 2017, he decided to do the same thing professionally to strike a better balance in his life. Since then, he’s developed a color-coded regiment by which to live, separating the hours of the week across categories including exercise = blue, personal = green, work = purple and teaching and managing his family office = red.

“There’s a lot of green on my calendar,” he said.

For those interested in rewirement, Suber has launched a blog on the topic, with the maiden couple of entries documenting the first 360 days and counting.

Many of Suber’s quotes here originated from his interview with Peter Renton. Renton is the co-founder of the LendIt Conference. Last modified: February 25, 2018