In Canada, the average deal size for a merchant is anywhere between $20,000 and $30,000 in funding, depending on who you ask. That’s why when one startup recently funded a $300,000 CAD advance from its balance sheet to a Canadian merchant, the deal turned some heads. While it’s unclear whether this amount could be indicative of a trend unfolding at our neighbors to the North, Canadian small businesses are preparing for some changes in the industry landscape in 2018.

SharpShooter Funding, whose name depicts the famous wrestling move of the WWE’s Bret “The Hitman” Hart, was behind the $300,000 deal with an Eastern Canadian grocer. 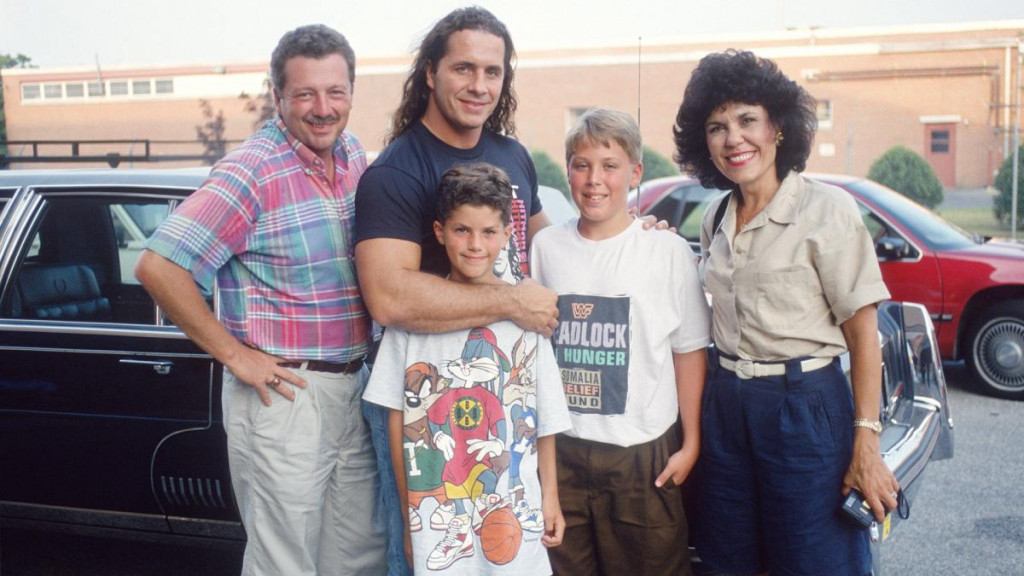 Above: Paul Pitcher of SharpShooter Funding, stands in front of WWE’s Bret Hart in 1993. (Image courtesy of WWE.com)

If you’re wondering how a merchant funder and WWE legend became partners, chalk it up to a combination of fate and timing. Paul Pitcher, SharpShooter Funding managing partner, has been Hart’s biggest fan since he was a kid. Pitcher got the opportunity to meet his hero when was just 10 years old. It was then that the green shoots of friendship formed, and today the WWE’s Hart is acting commissioner of SharpShooter Funding, having helped to launch the business.

To get a taste of the Canadian merchant financing landscape, consider that the three top Canadian funders deploy $20 million and $25 million per month combined, explained David Gens, president and chief executive of Merchant Advance Capital, which is included among the top three funders. That’s up from a range of $15 million to $20 million earlier this year.

And while a $300,000 advance may not seem like something to write home about for U.S. funders, it’s a big deal in the Canadian market. The culture among small businesses in the Great White North is different and more conservative than their US counterparts.

“It’s a function of the size of the merchant,” Gens explained. “The typical single-location storefront merchant is going to qualify for $30,000 to $50,000. It takes a larger and more established business, whether it’s a multi-location merchant or a business that is in the B-to-B space, a manufacturer, distributor or wholesaler to be large enough to qualify for large financing.”

Meanwhile there are some changes to small business taxation that are coming down the pike that may influence demand for credit, Gens noted, though the precise shape any changes to the tax law will take remains unclear.

“They will reduce the small business taxation rate on the face of it. But for businesses where they hold cash or need to hold cash, it’s a gray zone as to whether or not they will be able to hold financial assets in those businesses. The government is going after companies that are holding investments. But there’s a gray line as to what is a holding company that is holding an investment and an operating company holding a buffer because of seasonality or cyclical demand. We have yet to see what the rules end up being exactly,” Gens said.

Anatomy of the Deal

In the case of SharpShooter Funding, the grocer merchant originally came to the funder for less than $300,000 but qualified for more, bringing the funder’s tally for a single day’s deals to more than $500,000.

“We never thought we’d hit this milestone in the Canadian market. But the file was right, and the timing was great,” Pitcher told deBanked. Now that they’ve gotten a taste of it, SharpShooter Funding hopes to do more deals of this nature. “For a small funder like us to double the size of a big funder was a big moment for us, especially in the Canadian market,” Pitcher said. 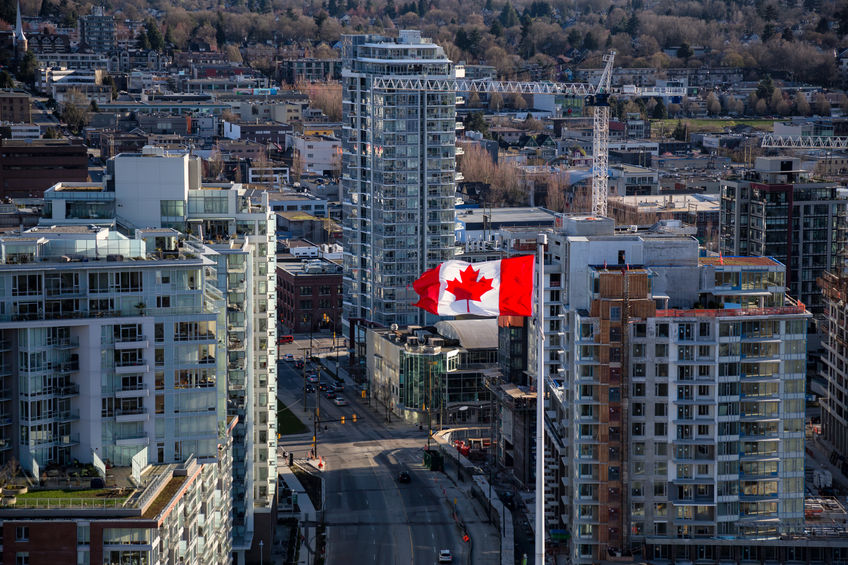 Above: Vancouver, BC, a city where Merchant Advance Capital has an office

Merchant Advance Capital’s Gens said his company is prepared to take on the risk for deals at even a higher threshold. “Our average is $35,000 to $40,000, and the largest deal we’ve ever done was $600,000. I don’t want to steal their thunder, but there have been larger deals,” said Gens. “A few funders may syndicate when deals get that big, but it’s not an inconceivable size.”

OnDeck, which similarly has Canadian operations, lends up to $250,000 CAD in Canada. OnDeck has extended more than $7 billion in online loans across 70,000-plus customers across the United States, Canada and Australia.

As for SharpShooter Funding, Pitcher said the funder has been on the sidelines for larger deals because they don’t want to grow too fast. He’s been turned off by other funders doing deals within a couple of months of launching and then being forced to close their doors.

“Our capital has always been strong. It’s not that we can’t afford to lend larger amounts. It’s because we want to make sure we’re doing it right from the start,” Pitcher said, adding that SharpShooter Funding has only had its doors open in Canada since June 2015, though its corresponding U.S. business, First Down Funding, has been around since 2012. “It’s been a work in progress, and I love every day of it! We’re only getting started, and I am 100% excited for the future,” he said.

The Canadian grocer reached out to SharpShooter Funding in response to Google advertising. The affiliation with the Bret Hart association didn’t hurt. Pitcher explained there is a seasonality tied to the merchant’s business, evidenced by a couple of months or more each year in which revenue is spotty, that made the grocer unattractive for banks to fund. “That’s why those sized deals are difficult to put out and banks won’t put out, because of seasonality,” Pitcher said.

SharpShooter Funding was not deterred by that. “We were really able to gain in-depth trust and visibility into this merchant from the first call to the last call. There was never a problem with him mixing up stories. Just the honest truth. From his references to his landlord, everyone involved made it clear he was here to work with us and not to play games,” Pitcher said.

Pitcher was impressed by the business owner’s work ethic. “He’s a roll-up-your-sleeves entrepreneur who didn’t borrow $1 million from his father. No bank loans. Six years ago, he rolled up his sleeves and made it work. Now he’s in a situation where banks won’t lend to him. But we will,” he said.

The merchant’s bank statements also made sense to the funder given their consistency, predictability and transparency. “Whenever we ask for finances from someone and that merchant can get them to us in an organized fashion in less than an hour, it speaks wonders. It means they’re honest and ready to play ball. And that’s what we want,” Pitcher exclaimed.

The merchant plans to use the capital for an expansion into a new food product line. If he pays off the advance early the funder will lower the rate.