Square Wants to Become a Bank 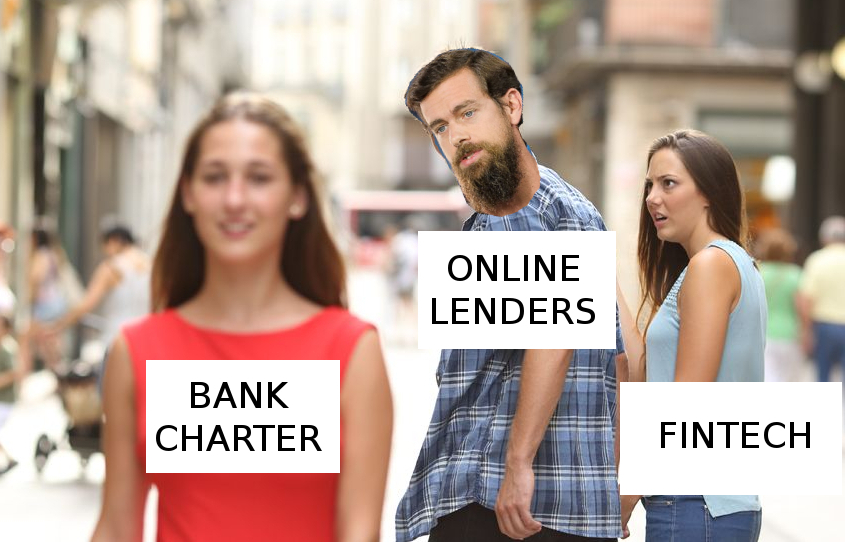 Square is expected to apply for an Industrial Loan Company (ILC) bank charter this week, according to American Banker and other sources. Like SoFi, who is busy trying to do the same thing, their attempt will also face competitive resistance.

In June, Richard Hunt, president and CEO of the Consumer Bankers Association (CBA), told deBanked that in the case of SoFi, “The whole world is evolving, fintech is evolving. This was inevitable one way or another.” It is therefore not entirely surprising that Square is following SoFi. Others may wait to see how the regulatory debate plays out before putting in applications of their own, however.

Several people from the banking industry argue that the ILC charter route is a loophole and that if fintech companies exploit it and screw up, they could put the entire banking system at risk.

Christopher Cole, executive vice president and senior regulatory counsel at the Independent Community Bankers of America (ICBA), previously said, “We have been fighting the ILC charter for over a decade. When Walmart tried to apply for an ILC charter in 2006 we objected at that point. And that resistance was part of the reason why they never got a charter.”

On August 25th, Congresswoman Maxine Waters requested that a hearing be held on ILC charters to weigh all the concerns before acting on new ILC applications.

Until then, just because Square wants to become a bank, doesn’t mean they will succeed in doing so.