The Season Finale of Alternative Lending Has Everything You’d Expect 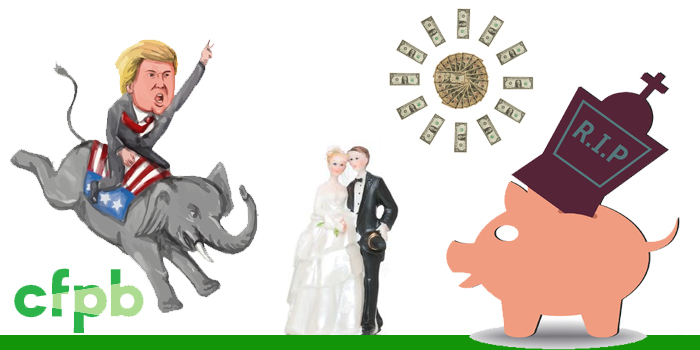 This month kicked off what appears to be the first segment of the 2016 two-part season finale of alternative lending. So far, it has everything you’d expect, a main character gets killed off, another simply won’t be returning next season, a wedding, a scandal and even a cliffhanger!

So in that precise order, here’s what you missed:

A main character’s surprising death
Crowdfund Insider reported on Wednesday that Dealstruck, a small business lender, had ceased lending operations. An email sent to Dealstruck has not yet been returned, but Crowdfund Insider’s story includes a quote from Dealstruck’s CEO saying that the company is no longer originating new loans.

The company initially arrived on the scene to much fanfare. A writeup in techcrunch last year said that they had raised $8.3 million in venture financing and secured a $50 million credit facility.

A wedding between an old character and a new one
Peerform, which was founded in 2011, has been acquired by Versara Lending. Versara, an unfamiliar name, appears to be related to NYC-based Strategic Financial Solutions, a debt relief company headed by Ryan Sasson. Peerform CEO Mikael Rapaport has updated his LinkedIn profile to reflect a new role at both Versara and Strategic.

Scandal! The fake business loan negotiator from upstate New York has been arrested
His name is Sergiy Bezrukov, but the world may know him by another name (or three), John Butler, Thomas Paris or Christopher Riley. After terrorizing the MCA and business lending industry for almost a year, he now sits in prison awaiting trial.

Cliffhanger
Oh, so you thought Prosper would file their 10-Q on Tuesday? You were wrong. The company instead informed the SEC that they would be filing their report late, leaving loan investors wondering if there may be more to the recent executive departures.

Stay tuned!
If this were really a TV show, you’d probably think it jumped the shark when the country elected a President that pledged to dismantle Dodd-Frank while potentially defanging the CFPB. But that is precisely what has happened. “The Dodd-Frank economy does not work for working people,” the President-Elect’s website states. “Bureaucratic red tape and Washington mandates are not the answer. The Financial Services Policy Implementation team will be working to dismantle the Dodd-Frank Act and replace it with new policies to encourage economic growth and job creation.”

If anything, this is all the more reason that you should be tuning in and following the industry in 2017.