For The CFPB, A Diet of ‘Meat and Potatoes’ 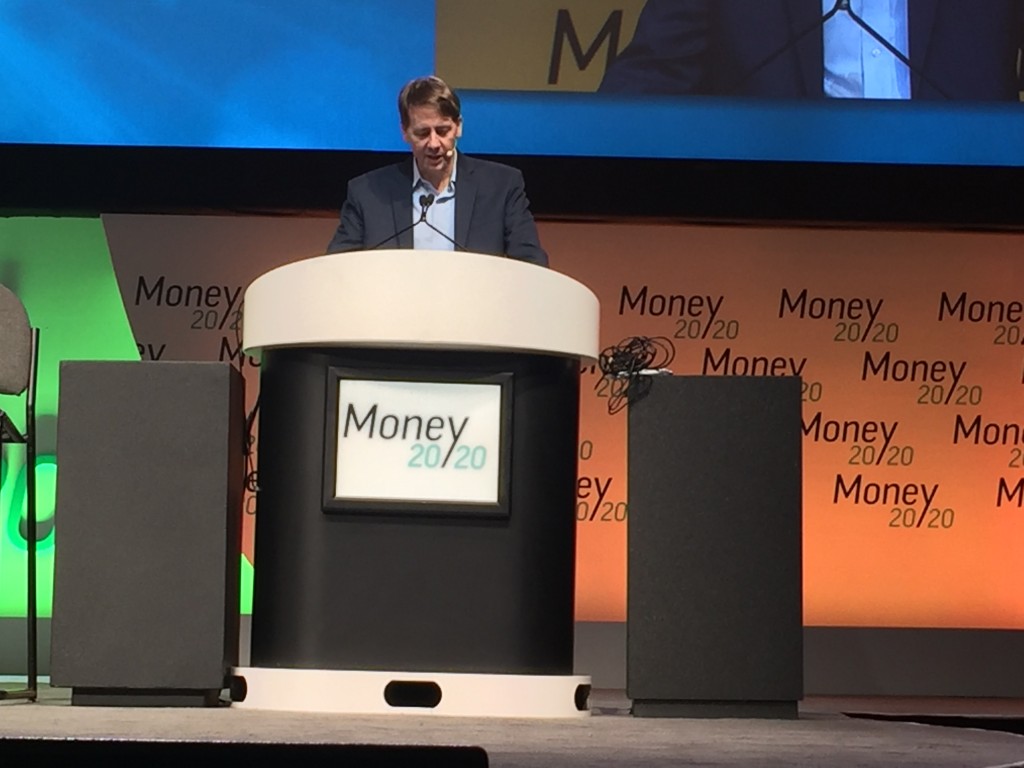 CFPB Director Richard Cordray gave the closing keynote speech during Money2020’s first night in Las Vegas, and he sounded an assertive, yet amenable tone. “We can help push [the innovators] in the right direction,” he said, but he conceded that the agency can’t actually create the products. “That’s what the people here [at this conference] are doing.”

Since their purpose is to go after companies when they do something wrong, there’s only so much they can do to nurture companies to do things right, but they have tried to do their best to reduce uncertainty, he explained, through the use of aids like no-action letters.

Despite this, some fintech companies have already been on the receiving end of an enforcement action, and Cordray explained the reason behind that is very simple. “Our enforcement actions to date have dealt with meat and potatoes issues,” he said, adding that it’s typically centered around deceptive practices, where a company promises something and then doesn’t deliver it.

And being innovative first and patching the holes in the customer experience second, is not the type of formula that Cordray’s CFPB is very accepting of. Be consumer-focused and compliant with all laws from the very beginning, he advised.

Cordray didn’t mention small business lending at all, but Ori Lev, the CFPB’s former deputy enforcement director for litigation, said on an earlier panel that “they’re going to nibble on the edges of it.” Lev couldn’t speak on the agency’s behalf however, since he now works in the private sector as a partner at law firm Mayer Brown.

Still, some folks in commercial finance have told deBanked that they’re afraid a few nibbles could turn into a bite. That’s because even if Cordray is a meat and potatoes kind of guy for now, his unchecked authority is so extensive, that a federal court recently declared it unconstitutional. The CFPB plans to challenge that ruling however, which currently only affects the D.C. Circuit.

Home › Regulation › For The CFPB, A Diet of ‘Meat and Potatoes’