The APR Enigma Confuses Everyone – Even Lenders 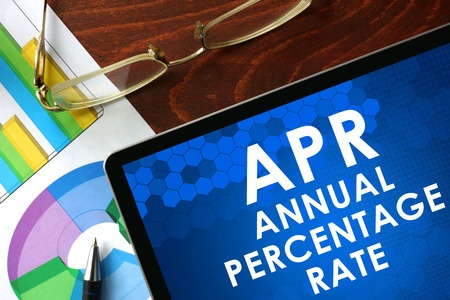 A study published by Lendio last week confirmed the results found in recent government studies, that small businesses are confused by Annual Percentage Rates. But they’re not alone…

It might be time to reconsider the calls for APR standards in small business lending. In a recent survey of 1,000 small business owners, only 17.4% of respondents chose APR as the easiest method to understand the cost. The vast majority selected the total net dollar cost of the loan as being the easiest.

The data matches the results found in a study conducted by the Federal Reserve Bank of Cleveland last year, in which small business owners generally responded that there was nothing confusing about a loan when cost was presented as a total dollar value. It was interest rates that tripped them up, the Fed determined.

When attempting to answer questions about the total amount owed and interest rates, participants became notably less confident in their ability to make an informed borrowing decision, with many qualifying their answers or indicating they were “not sure.”

Additionally in the Fed study, small business owners guessed the interest rate of a presented hypothetical loan to be anywhere from 5% to 50%, with some saying they just didn’t know. All of them were wrong. An analyst for the Federal Reserve Bank later acknowledged that it was a trick question. “The correct answer is that ‘it depends on how long it takes to pay back,'” said Ellyn Terry, an economic policy analysis specialist. The Fed report itself had to be amended more than a month later because this question and the answers produced in the study were confusing to even the sophisticated parties trying to make sense of it. That amendment reads as follows:

*Note: In practice, for a credit product structured like Product A, the effective interest rate varies depending on how long it takes a borrower to repay which, in turn, depends on the volume and timing of credit card sales receipts. Simply put, the interest owed on Product A is 30% of the principal value, but assuming consistent monthly sales and daily payments, the effective interest rate is on the order of 60%, and higher if funds are repaid sooner than one year. (Added 9.29.2015)

Does that clear it up for you??? Even the added note intended to make the interest rate question more clear is confusing. Small business owners never stood a chance…

But it seems those on the lending side of things are confused too.

Lendio CEO Brock Blake followed up his study with a blog post on LendAcademy to try and articulate the implications of the findings. Titled, Communicating the Cost of Capital in Alternative Lending, Blake was roasted in the comments for comparing a 6-month loan to a 5-year loan by those presumably involved in lending themselves.

One set of facts, 4 different opinions on APR. How can this be?

In sparking this debate, Blake may not have fully convinced readers that a 6-month high-APR loan can be better than a 5-year low-APR loan, but he did unintentionally demonstrate support for his study’s findings, that APR as a universal measurement is flawed since even those that believe they understand it came up with different percentages than their peers.

Consider that the Federal Reserve study referenced above implied to business owners that APR is simply an abbreviation for interest rate, which isn’t true. “When it comes to borrowing for the short term, are you more comfortable knowing the interest rate (APR) or total cost of repayment?” it asked those polled. 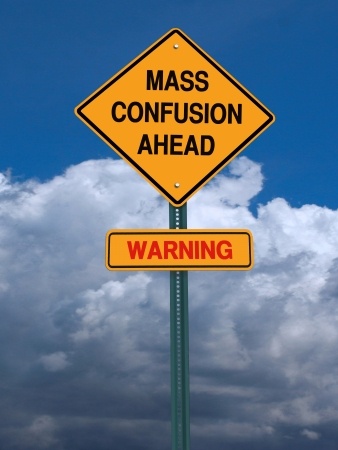 The Truth in Lending Act (TILA) makes a clear distinction between an APR and an interest rate. “Since an APR measures the total cost of credit, including costs such as transaction charges or premiums for credit guarantee insurance, it is not an ‘interest’ rate, as that term is generally used.” Well then why are they presented as the same thing in a Fed study measuring comprehension of loan costs?

Note also that only one of the Fed study’s mock products mentioned an APR and only in the context of an Effective APR, something that the Fed has long known to be confusing. In April 2006, Macro International (now ICF International) was hired by the Fed to examine the comprehensibility of these very formulas.

One of the most consistent findings was that very few participants understood the meaning of an Effective APR (At that time known as the Fee-Inclusive APR). “Participants had a wide variety of incorrect interpretation of these percentages, including that they were the interest rates that would be paid on fees, penalty rates that would be charged if late payments were made, or the percentages of total transactions that were made of each type.”

It got worse though, because “in addition to a general lack of understanding of the [Effective APR], qualitative testing also found several instances when participants confused this term with their nominal APR for a given transaction.”

For all of the studies conducted and regulations implemented, one might expect that banks, which bear the brunt of disclosure requirements in the financial world, would receive the highest marks on transparency. But that’s not the case. Another study, one jointly published by seven Federal Reserve banks, found that dissatisfied business borrowers were slightly more likely to encounter transparency issues with large banks than they were with online lenders.

Bankers probably aren’t surprised by that

Last Fall, B. Doyle Mitchell Jr, who spoke on behalf of the Independent Community Bankers of America during a House subcommittee hearing, said that new loan disclosures [required by Dodd-Frank] was not making it easier for borrowers to understand, to the point that they don’t even know what they are signing anymore. “In fact it is even more cumbersome for them now,” he said.

Non-bank lending critic Ami Kassar has publicly claimed that lenders are simply afraid of disclosing APRs because they don’t want their borrowers to know the real cost.

The data indicates however that borrowers don’t know what to make of APRs. Worse, the issue seems to be a universal one, one that confounds consumers, business owners, government surveyors and those within the lending industry itself.

APRs also struggle to remain relevant as a measure for short term loans. For example, OnDeck CEO Noah Breslow has said that a six month loan with a 60% APR may actually only cost 15 cents on the dollar. “The APR overstates the actual cost of the loan to the borrower,” he previously told Forbes.

That seems to be the trend indeed.

Home › Business Lending › The APR Enigma Confuses Everyone – Even Lenders