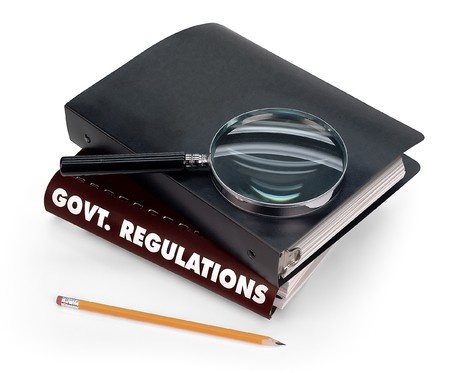 Study indicates that regulation and taxes are the chief problems, not borrowing costs.

Small businesses are being smothered in the age of marketplace lending… by the government. According to the National Small Business Association’s (NSBA) most recent year-end annual report, regulatory burdens and federal taxes ranked among the most significant challenges to business survival.

The NSBA is a non-partisan small business organization with 65,000 members. In the survey they used to prepare their report, 33% of respondents said regulatory burdens were one of the most significant challenges to their future growth and survival. 24% cited federal taxes. The cost of health insurance benefits beat both of those with 36% of respondents choosing it.

Only 3% of those surveyed reported using an online lender or non-bank lender within the last 12 months. 43% used a bank loan, half of which came from a large bank. In another study, dissatisfied borrowers were slightly more likely to have transparency problems with big banks than online lenders.

Regulators might want to take notice of these statistics when considering future regulations for the commercial side of the marketplace lending industry. That’s because the cost of complying with any such regulations would likely increase the cost to borrowers, not reduce it.

Such was the case with Dodd-Frank and its impact on community banks. Speaking on behalf of the Independent Community Bankers of America last fall during a House Committee hearing, B. Doyle Mitchell Jr., the CEO of Industrial Bank, said that “Dodd Frank has only increased our costs.”

For bank loans in particular, 11% of respondents to the NSBA study that had taken a bank loan within the past 12 months said that the terms have become less favorable to their business. Only 4% reported the terms becoming more favorable.

Regulators mulling more regulation might want to consider what their constituents are actually saying, and that’s to roll back regulations, not come up with new ones. Online lenders might be expensive, but when asked what’s challenging their growth and survival, they barely even register, if they even register at all.

In a recent story by The Atlanta Journal-Constitution, Holly Wade, a representative of the National Federation of Independent Business, said “Our fear is that they will over-regulate [online lenders] out of existence or to the point that it’s no longer a benefit.”