Loan Brokers or Self Origination? Here’s What Experts Say 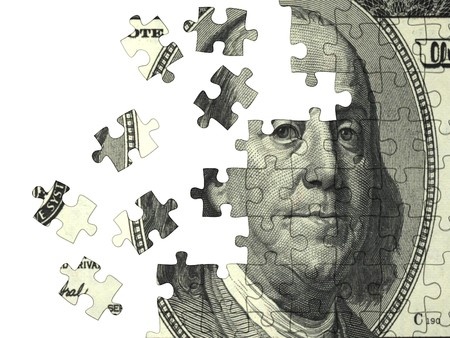 Last year belonged to the brokers in alternative finance — with a phone and a few leads pulled up online, anyone could sell a loan. With seemingly no barriers to entry, alternative lending attracted auto and insurance salesmen fleeing their jobs to cash in on the gold rush in an economy which was coming out of the shadows of distrust for big banks. And it found quick ascension to grow into a trillion dollar market. But a year on, as the dust has settled, we asked industry veterans what it means to remain successful in this business and what is the key to sustainability — is it in going for the ISO/broker channel to find deals or originating your own. Here’s what they had to sayDon’t Break the BrokerTom Abramov of MFS Global voted for the ISO/broker channel and said that that’s how the company strictly does deals, working with brokers who have a track record as a part of their recruitment system. The six year old company that started as an broker shop now focuses only on funding with products that are a mix of merchant cash advances and lines of credit. “We don’t look at FICO scores or SIC codes, we only look at cash flows of businesses,” said Abramov. “I want to see if I give a someone a dollar whether they can turn it into two.”Abramov added that his firm offers brokers 20 percent commission and their default rates are sub 5 percent. The advantages of scoring deals through a broker channel can be alluring. It involves no overhead, no staff that needs compensation, motivation and incentives, and makes use of the existing broker-merchant relationships. Jordan Feinstein of NuLook Capital said that his firm works with brokers exclusively and the model has helped them respond to merchants faster. “We do not have a sales team speaking to merchants directly, that’s in conflict with our model,” said Feinstein. “We decided that the best way to grow is to build relationships to avoid the overhead, compliance, training and manpower that a sales team would require,” he said. Building a Hybrid ModelThere are some others who want to make the best of both the models and work with brokers while originating and funding their own deals. Forward Financing which uses a hybrid model has strategic partnerships with some brokers while still originating their own deals. “We have a hybrid model because our goal is to have a program for any type of business and work with companies across the spectrum of risk,” said Justin Bakes, CEO of Forward Financing. “While our priority is to self originate, it is essential to create and maintain partnerships in this business,” he said. The Original OriginationWhile the allure of a lean business is certainly attractive, there are some who are in the industry to build a bigger business and create value by making it robust — Jared Weitz of United Capital Source is one of them. “There is a big market for both analytical process as well as sales process. It’s important to go after your strength,” said Jared Weitz, founder and CEO of United Capital Source. “When you originate and fund your own deals, you’re in a rewarding position and in control of how merchants get treated.” Industry TrendsSpeaking of the industry in general, these experts agreed that the business was undergoing a change with new entrants coming in and experimenting with better services and technologies. “Last year was the year of brokers but we are still missing the education with merchants. Some brokers are interested while some are not,” said Abramov. “I notice a clear difference between the old and the new in terms of technology and pricing model,” said Bakes. “New funders are coming in with different products and terms with increased competition in the ISO market,” said Feinstein. “Marketing is getting more expensive and only the ones who can afford to pay can play,” said Weitz.