By hiring an executive director, the Small Business Finance Association hopes to achieve at least two goals – taking a step toward becoming a full-service trade group and providing a public voice for the alternative finance industry.

Stephen Denis, formerly deputy staff director of the U.S. House Committee on Small Business, went to work in the new role in mid-December, setting up shop with his cell phone and laptop in a Washington, DC, area coffee emporium. He’s the SBFA’s first full-time employee.

Hiring Denis, who also has association experience, represents “the next evolution” of the trade group, according to David Goldin, SBFA president and Capify’s founder, president and CEO. 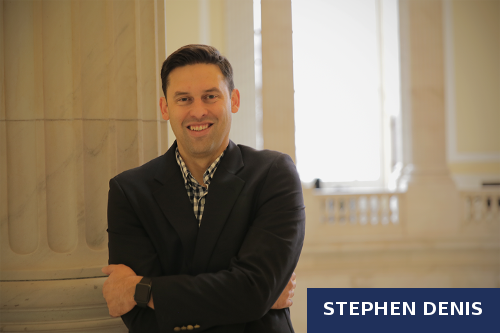 The SBFA, which got its start in 2008 as the North American Merchant Advance Association, changed its name last year because members have added small-business loans to the their merchant cash advance offerings. Although the trade group’s not exactly new, it has plenty of room to grow and its leadership and members seem open to change.

“The goal is to start from scratch and take a look at everything the association is doing,” Denis told deBanked, “and to really build this out to a robust group that represents the interests of small businesses.”

Denis appears optimistic about pursuing that goal. He’s a native of the Boston area and a Harvard University graduate whose first job out of school was as an aide to Republican Sen. John E. Sununu of New Hampshire. After three years in that position, he took a job for two years with a UK-based trade association, traveling frequently to London to inform the group of Congressional action in the United States.

From there, Denis went on to become director of government affairs and economic development for the Cincinnati Business Committee, a regional association that included Fortune 500 companies among its members. After two years in that role, Denis joined the staff of Rep. Steve Chabot, R-Ohio, moving back to Washington and serving as the congressman’s deputy chief of staff during a five-year stint that ended when he joined the SBFA.

While working for Chabot, Denis also became deputy staff director of the House Committee for Small Business, the No. 2 position there, and he has held that job for the last three years. The committee’s tasks include learning as much as they can about small business, including financing, and using the information to advise members of the House on policy initiatives.

The experience Denis has amassed in government should serve the association well because his duties include briefing federal legislators and regulators on how the alternative-finance business works. With Denis as spokesperson, the industry can speak to government with a single voice, Goldin asserted.

“We are going to be aggressive in our outreach to legislators and regulators as well as be active reaching out to local, state governments,” Denis said. The SBFA will “work with other trade groups and small business groups to promote our mission to ensure small businesses have alternative finance options available to them.” 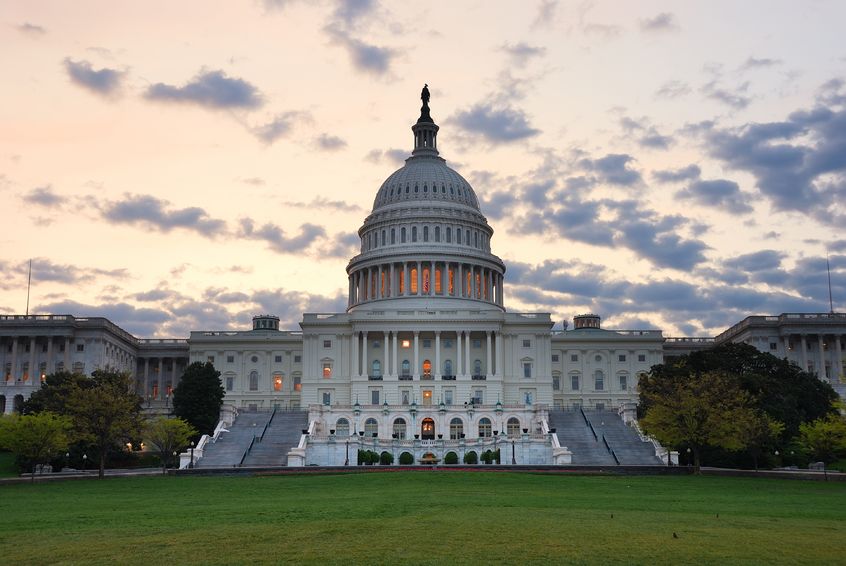 Until now, too many players from the alternative finance industry have been vying for lawmakers’ attention, Goldin said. To make matters worse, some of those seeking to influence government in hearings on Capitol Hill are brokers instead of lenders and thus may not have a perfect understanding of risk and other aspects of the business, he maintained.

“WE WANT TO MAKE SURE THE INDUSTRY’S REPRESENTED PROPERLY.”

“We’re hearing that there are people trying to be the voice of small-business finance that either don’t have a lot of years of experience or they’re not telling the whole story,” Goldin said. “We want to make sure the industry’s represented properly.”

Denis can draw attention away from the “noise” created by unqualified voices and focus on information that Congress needs to make reasonable decisions about the alternative finance business, Goldin maintained.

Besides getting the word out in Washington, the SBFA hopes to convey its message to the general public on “the benefits of alternative financing,” Goldin said. At the same time the group can help make small business owners aware of the finance options, Denis added.

Asked whether hiring Denis marks the beginning of an effort to lobby members of Congress for legislation the association deems favorable to the industry, Goldin said only that additional announcements will be forthcoming.

Meanwhile, updated “best practices” guidelines might be in the offing to help industry players navigate the business ethically and efficiently, Goldin said. A set of six best practices the association released in 2011 included clear disclosure of fees, clear disclosure of recourse, sensitivity to a merchants’ cash flow, making sure advances aren’t presented as loans and paying off outstanding balances on previous advances.

Addressing other possible steps in the association’s growth, Goldin said the group doesn’t plan to publish an industry trade magazine or newsletter. However, a trade show or conference might make sense, he noted.

Denis said he and the board had not discussed the possibility of a test, credential or accreditation to certify the expertise of qualified members of the industry. However, associations often establish and monitor such standards, so it would be reasonable for the SBFA to do so, he added.

The association might establish a Washington office, Goldin said. “We’ll look to Steve for his thoughts and guidance on that,” he observed. Denis seems amenable to the idea. “Down the road, we would love to open an office and hire more people,” he said.

In Goldin’s view, all of those moves might help the rest of the world comprehend the industry. Understanding the industry requires taking into account the cost of dealing with risk and business operations, he said.

Placing a $20,000 merchant cash advance, for example, requires a customer-acquisition effort that costs about $3,000 and a write-off of losses and overhead of about $4,000, Goldin said. That’s a total of $27,000 even without the cost of capital, he maintained.

“MOST PEOPLE DON’T UNDERSTAND THE ECONOMICS OF OUR BUSINESS.”

“Most people don’t understand the economics of our business,” Goldin continued. The majority of placements are for less than $25,000, he said, characterizing them as “almost a loss leader when you factor in the acquisition costs.”

While spreading that type of information on the industry’s inner workings, Denis will also conduct the day-to-day for the not-for-profit’s affairs. The association’s board of directors will continue to set policy and objectives.

Companies pay $3,000 in monthly dues, which Denis characterizes as inexpensive for a DC-based trade association.

Membership could spread to other types of businesses, Denis said. “I’d like to expand the tent to other industries,” he noted. “The association is trying to represent the interests of small business and make sure they have every finance option available to them.”

But a key purpose of the trade association is to provide a forum for members to come together as an industry, Denis said. “We’re thinking big,” he admitted. “We hope that all members of the marketplace will want to become a part of it.”