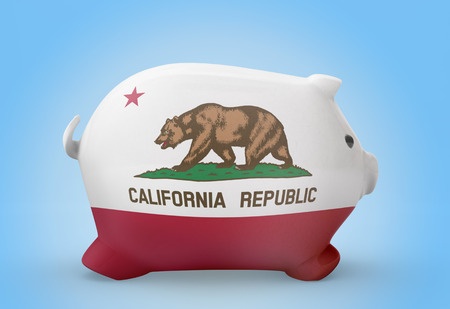 Quarterspot recently became a licensed lender in California. And it wasn’t quick, according to Quarterspot’s EVP Mike Green. It took much longer than a year, he says. Their CFLL license # is “603-K646”, but you can’t confirm that with California’s registry because the database hasn’t been updated in 42 days.

Welcome to the State that apparently has an abundance of resources to launch inquiries into marketplace lenders, but little time to work with the ones eager to operate in full compliance.

Yellowstone Capital’s Isaac Stern said it took them 15 or 16 months to get their license and required a lot of legal help from law firm Hudson Cook LLP. The cost, including lawyers’ fees came to about $60,000. “Man, it was like pulling teeth to get that license,” Stern told deBanked last year.

Tom McCurnin, an attorney for Barton, Klugman & Oetting LLP, disagrees. In an op-ed he wrote for Leasing News to counter a story published by deBanked, McCurnin wrote, “I would point out that the process of obtaining a California license is awfully easy, and involves a small filing fee and a bond.”

But for those not from the leasing industry, “easy” is not a word that comes to mind. “They’ll take away your license if you even sneeze the wrong way,” Stern previously told deBanked.

Worse, a change in the law regarding the payment of referral fees has led to a flurry of questions from lenders and commercial finance brokers alike. Law firm Hudson Cook LLP and Patrick Siegfried of the Usury Law Blog, both even had to weigh in on the issue. (See: Can California Lenders Pay Referral Fees to Unlicensed Brokers? | California Finance Lenders Push Legislative Agenda in Response to Growth of Alternative Small Business Finance Industry)

And even more confusing, is whether or not a license can be transferred. In February of 2015 for example, LoanMe Inc was ordered by the Department of Business Oversight to stop using what they claimed was another company’s lending license. But then a month later, the order was paused upon receiving “additional information” and then withdrawn.

As it stands with the State’s marketplace lending inquiry, 14 lenders have to respond by March. Among them is Kabbage Inc., Prosper Marketplace Inc., Avant Inc., On Deck Capital Inc. and Social Finance Inc., according to the Wall Street Journal.

Neither Kabbage or OnDeck are licensed California lenders from what deBanked could ascertain. But both would be legally eligible to make loans in the State through their chartered bank relationships.

“These online lenders are filling a need in today’s economy, and we have no desire to squelch the industry or innovation,” said DBO Commissioner Jan Lynn Owen in a December announcement.

In the meantime, being a licensed lender in the state is being perceived as a competitive advantage. Quarterspot for example, wants brokers to know that they can do loans in California now. Of course, after having waited painfully long to become licensed, it’s disheartening for them to see that the state hasn’t even updated their records since January 4th.

deBanked attempted to reach out to the California Department of Business Oversight a week ago to find out why their data was so slow to be updated. Nobody responded.