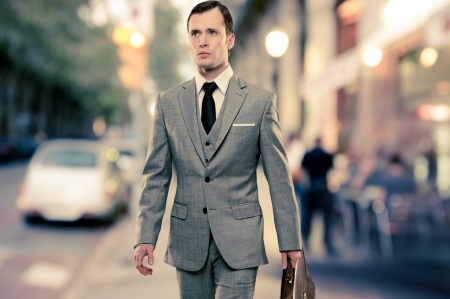 Alternative funders are looking a little more like bankers these days, but that’s not to say they’re developing a taste for pinstriped three-piece suits and pocket watches on gold chains. They’re promoting bank loans, applying for California lending licenses and contemplating the unlikely possibility that one day they’ll obtain their own bank charters.


“It’s what everybody’s talking about,” said Isaac Stern, CEO of Yellowstone Capital LLC, a New York- based funder. “If it’s not in their current plans, it’s in their longer-term plans over the next three to five years.”

Funders promote bank loans to drive down the cost of capital, sell a wider variety of products, offer longer terms and bask in the prestige of a bank’s approval, said Jared Weitz, CEO of United Capital Source.

Loans allow for much more customization than is possible with merchant cash advances, noted Glenn Goldman, CEO of Credibly, which was called RetailCapital until a little less than a year ago. The name changed as the company began offering loans in addition to it original advance business. It’s now working with three banks.

While the terms don’t vary much with advances, borrowers can pay back loans daily, weekly, semi-monthly or monthly, Goldman said. Loans can also include lines of credit that borrowers draw down only when they choose. Interest rates on loans can vary, too, he said, and loans can come due after differing periods of time.

Besides that flexibility, loans also offer familiarity among merchants and sales partners – unlike the sometimes baffling advances, Goldman said, adding that “everybody knows what a loan is, right?”

Loans have so many advantages over advances that Credibly expects its loan business to grow more quickly than its advance business, said Goldman, who was formerly CEO of CAN Capital.

The advance company markets the loan to the customer, the bank makes the loan, and the advance company buys it back and services it at the rate the bank is allowed under federal law, Cook said. The bank doesn’t lose any capital, it takes on virtually no risk and it profits by collecting a few days’ interest or a fee, he noted.

Where the bank’s located can make a big difference. A bank based in New York, for example, can charge only 25 percent interest no matter where the customer resides, while New Jersey allows banks to collect unlimited interest anywhere in the country, Cook said.

But the partnerships funders are forming with banks could face a threat. The United States Court of Appeals for the Second Circuit ruled in May in Madden v. Midland Funding LLC that a non-bank that buys a loan cannot charge interest set where the bank is located but must instead charge interest according to the laws of the state where the consumer is located, Cook noted. That could mean a lower rate.

In Cook’s view the case was poorly argued, the decision was wrong and the ruling may be reversed, “but it has to trouble someone who is thinking about starting up a bank partnership,” he said.

The court was asked whether the rules that apply to a national bank also apply to the non-bank that bought the loan, Cook maintained. That’s not the question, he asserted. The argument should have been that the idea of “valid when made” should take precedence. It states that a transaction that’s not usurious when it’s made doesn’t become usurious if a party takes action later – like reassigning the note, Cook said.

“EVERYBODY KNOWS WHAT A LOAN IS, RIGHT?”

Meanwhile, offering bank loans isn’t the only way alternative funders are coming to resemble banks. Some are obtaining what’s formally called a California Finance Lenders License that enables them to make loans in that state.

California began requiring the license in response to lawsuits over the cost of advances. The state has published a licensee rulebook that’s about the size of an old-school New York phone book – the kind kids sat on to reach the dining room table, according to Yellowstone’s Stern, who completed the licensing process three years ago.

Getting the license took 15 or 16 months and required lots of help from the legal team at Hudson Cook, Stern said. The state investigated his back- ground and fingerprinted him. The cost, including lawyers’ fees came to about $60,000, he recalled.

“Man, it was like pulling teeth to get that license,” Stern said. Keeping it’s not easy, either. “We guard that thing fiercely,” he maintained. “They’ll take away your license if you even sneeze the wrong way.” 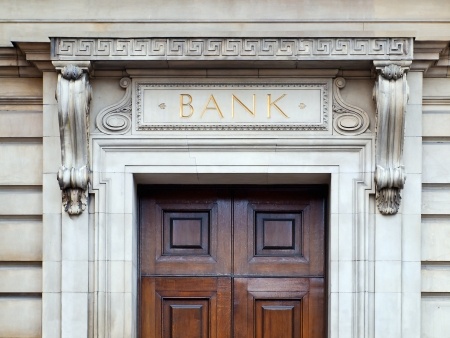 The hassles have paid off, though, because Yellowstone now deals directly with California customers instead of sharing the profits with other companies licensed to operate there. What’s more, companies that don’t have licenses are sending business Yellowstone’s way.

Retaining the profits from loans is also prompting some funders to contemplate applying for their own bank charters. But Cook, the attorney from Hudson Cook, sees little or no chance of that happening.

Federal bank regulators are reluctant to grant charters to mono-line banks – institutions that perform only one financial-services function, Cook said. “It’s risky to put all your eggs into one basket,” he maintained.

Regulations make forming or acquiring a bank so difficult for businesses that want to make small loans at high rates, Cook said. “If that’s going to be their business plan, they’re not going to get a bank.” A state charter requires the approval of the Federal Deposit Insurance Corp., which isn’t likely, he noted.

Utah industrial banks and Utah industrial loan companies are insured by the Federal Deposit Insurance Corp. but aren’t considered bank holding companies, Cook said. However, that’s a regulatory loophole that may have closed and thus may no longer offer a way of becoming a bank, he noted.