Me-Too Lenders Reject The Opportunity to be Unique 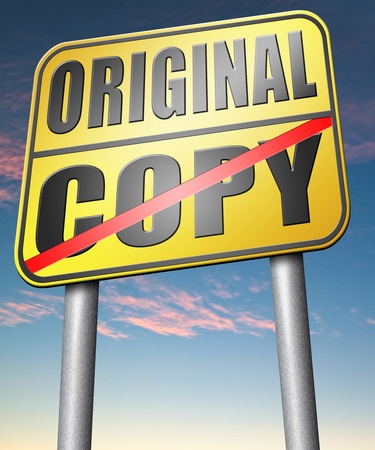 IMITATION IS THE BEST FORM OF FLATTERY

You know they say that the imitation is the best form of flattery, the only problem is that flattery is insincere praise, or praise only given to further one’s own selfish interests.

Surely new funders and lenders in our space are looking to further their own selfish interests by stealing away market share from existing players, which is perfectly fine seeing as though we operate in a free market society. However, what doesn’t make sense to me is thinking that you can steal away a competitor’s clientele by looking, sounding, and behaving exactly like he does.

THEY ALL SOUND THE SAME

I have no idea how many direct funders are present in our space today, but from what I’ve heard it’s well into the hundreds, and I receive recruiting emails along with invites on LinkedIn from these new players all of the time. What’s strange about just about all of these new players is that they all sound, specialize in, and operate the same as my current funders, leaving me scratching my head wondering why in the hell should I bring my volume over to you, if you do nothing different? I can hear them now:

– “John, we can approve some of your merchants for as low as a 1.12!” (This isn’t anything new, A+ and A Paper merchants have been receiving proper risk based pricing for years now.)

– “John, you will receive a dedicated account manager!” (This isn’t anything new, funders and lenders have been providing their broker houses with dedicated ISO Managers for around 17 years.)

– “John, we can fund just about every deal if the deal makes sense!” (This could be a new concept, the problem is that I have heard this before, only to submit a “restricted industry” merchant and it be declined just like it’s declined everywhere else.)

– “John, we fund deals as small as $5,000 to as high as $5 million!” (This isn’t anything new, this has been the standard funding range for years now. Plus, it’s rare that a broker in our space would get a merchant that needs $5 million, as those merchants would usually rely on the traditional lending system.)

– “John, we get deals done fast!” (Everybody says this, the reality is that unless a lender has automated the majority of their closing process as well as eliminated many portions of said closing process, then that means they are still doing a good chunk of it “manually”, which means it will always take 2 – 10 business days to complete everything.)

There are a number of small firms that might market themselves as a direct funder, but the reality is that all they do is fund their deals through some type of syndication platform. My definition of a direct funder or lender is one that has built their own underwriting platforms and produced their own formulas to complete merchant cash advance transactions or alternative business loans. Thus, to be a direct funder (based on my definition), it’s going to “cost you something” in terms of real investment in your infrastructure, your people, as well as needing to raise millions of dollars in lending capital.

OUR TRUE PURPOSE IS DISRUPTION

Understand that our true purpose here on the alternative side of the debt financing space is to innovate how financing is underwritten, approved and delivered, seeking to steal market share away from traditional lending systems. The media calls this process “disruption.” Our system is so efficient, that with one of our industry’s most popular platforms, a small business owner can go online at 11:30 a.m. to apply for a loan, get an approval by 12:15 p.m., then complete their entire closing process online by 12:25 p.m. Within 60 minutes, a small business can start, sign for, and close their small business loan application for amounts including $25k, $75k, $150k, $200k, etc., and receive the funds in their bank accounts the next morning. The traditional lending system cannot underwrite, approve and deliver financing with this amount of efficiency, speed and proficiency.

IF YOU ARE GOING TO BE A DIRECT FUNDER, WHY NOT CONTRIBUTE TO CHANGING THE GAME?

Various reports on marketplace lending have estimated that the global lending size of our space is near $60 billion per the end of 2015, but it’s also estimated that by 2020 we will be near $300 billion of the total global lending market (includes lending on the consumer and commercial sides). Understanding this, what baffles me with new funders and lenders, is why in the hell are you going through the hassles of setting up your own platform, raising millions of dollars in lending capital, and setting up an experienced underwriting team, only to come into the market and do absolutely nothing different?

That makes absolutely no sense. You have the technology, the people, the capital and the formula behind you, so please add a unique contribution to our space to assist our industry as a whole (consumer and commercial side) in growing to this $300 billion in global lending metric by around 2020.

When you enter the market and send brokers information on your program, it should be clear what separates you from everybody else and what your unique role will be going forward in helping our space achieve this $300 billion in global lending metric. Here are a couple of recommendations off the top of my head that you could utilize for specialization:

How about actually funding industries that nobody else will fund? I’ve seen this promoted before but I’m talking about going all the way by taking a look at our market’s standard underwriting practices across the board, then asking the question of, “What merchants are being pushed out and why? How can we start saying YES to these merchants rather than saying NO like everybody else is doing?” You could begin by putting together a list of industries on just about every funder or lender’s restricted list, then trying to figure out how to fund these categories with risk based pricing.

How about funding in countries that other funders aren’t funding in? Basically, bringing the efficiency of the US market to the global markets in a way that currently is lacking? It’s hot over here in the US market with many players and competitors, but what about in the UK, Australia, China, etc.?

How about creating a new alternative working capital product that we’ve never heard of before?

How about find a way to continue bringing down your cost of operations, administration and lending, so that brokers are able to have lower base pricing to increase profitability on lending to merchants, even those in A+ and A Paper categories? This can also help open up the market to attract higher credit grade merchants due to the lower pricing available, but still with “liberal” underwriting procedures.

How about creating a more efficient alternative asset based lending product, that competes with the current crop of alternative asset based lenders? The current crop that we have today has a lot of inefficiencies within their product, such as having the merchant put up luxury items or even their house to obtain approval, but still charging the merchant rates that resemble traditional merchant cash advance factor rates or even higher. Shouldn’t the fact that a merchant is putting up tangible collateral lower the risk on the deal, which should also lower the pricing and extend the term? So I say, how about some innovation be done in this area so more of these products could be sold?

How about providing accounts receivable factoring, purchasing order financing and equipment leasing, but finding a way to provide such services in an innovative fashion that’s different than the current crop of funders or lenders offering said services?

#7.) A Real Alternative Based Line Of Credit

I know that regulations are much higher on this side, but could it be possible for you to find a way to create some innovative consumer lending products as well?

You have the technology, the people, the capital and the formula, so why in the world do you want to copy a current player instead of doing something different?

While I’m not saying that you shouldn’t also offer said programs of the current players to steal market share away from them, it’s just my opinion that the biggest opportunity today for new funders and lenders is to specialize in other niche areas that aren’t being catered to by our current market players.

Doing so should allow you to come in, specialize, make a name for yourself, and brand your organization as the “go to” funder/lender for (insert innovative concept here) for years to come. It might take you some time to “perfect” your unique brand and approach, but as long as you have investors that believe in your concept, you should be able to survive through the growing pains. To quote Herman Melville, always remember the following: It is better to fail in originality than to succeed in imitation.