Lender Or Broker – Do You Know Your Partner?

I’ve been asked by individuals within the industry and those outside of it, on my opinion of when the mass rush of new entrants into the market will slow down. In my opinion, the Year of the Broker will not stop in 2015, but will continue into 2016 and most likely into 2017, when the chickens finally come home to roost for the new entrants, who mostly lack the leveraged networks needed to survive and thrive, and instead are relying on one or more of the following strategies which will no longer be efficient going forward: 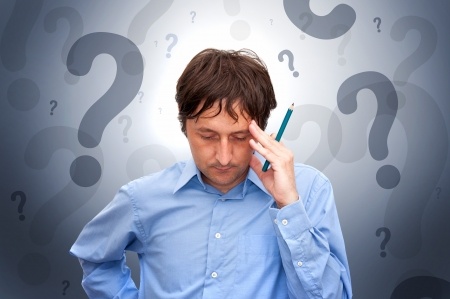 Those who are leveraged with quality strategic partnerships, networks and access to exclusive data records, will be the ones that control the market going forward, while others will fail to remain profitable in this ever changing, integrating and evolving marketplace that we all fight tooth and nail in.

But I must ask you if you know your Partner, as this mass new entrance of players have created many documented cases of brokers having deals stolen, back-doored, commissions not paid, renewal commissions cut-off, and other unscrupulous acts. The vast majority of these documented cases are coming from broker-to-broker relationships, with one broker submitting a file to another broker, but being totally unaware of the fact that they are not working with a “direct” funder or lender.

As we go forward through our changing marketplace, where profits will get tighter, strategic partnerships will be your driving competitive advantage and where access to merchants in general from a “cold-calling” perspective will get more restrictive, you just can no longer afford to be the victim of an unscrupulous act and lose commissions. As a result, going forward, you must indeed know your partner.

The following are the seven ways that one could participate in our space:

The Referral: They are not involved in the actual sales process at all, which includes selling rates, collecting paperwork, signatures, etc. All they do is refer a person’s name, telephone number and email address, and might collect an upfront referral fee for doing so. These are usually members of a strategic partnership such as a bank, credit union, credit card processor, accounting firm, insurance firm, etc.

The Sub-Broker: They work as a broker-to-a-broker, going out and doing all of the activity involved with the sales process and submitting the package to a broker, who will then submit it to a couple of funders to “close” the deal. They would then be paid a portion of the commission that the broker gets from the funder or lender once the deal funds, so if the broker gets 6 points, the sub-broker might get 2 or 3 points. Sometimes these individuals (sub-brokers) are willingly signing up for this arrangement, and sometimes they are unwillingly signing up by believing the broker is an actual direct funder or lender, when they are not. This leads to a majority of the issues I’ve identified such as having deals stolen, deals back-doored, commissions not paid, renewal commissions cut-off, and other unscrupulous acts.

The Broker: They go out and do all of the activity involved with the sales process and submit the package to a funder or lender, then manages certain aspects of the closing process such as getting additional signatures, questions answered, stips collected, etc. They would then be paid the commission they set on the deal by marking up the funder or lender’s buy-rate. So if the buy-rate is a 1.12 for a 6 month period, and they marked it up to 1.18, they would be paid 6 points on the deal.

The Syndicate: They would basically do everything a Broker would do, but for some deals they will put some of their own capital resources on the line through syndication, it might be their own equity sources or they might use debt sources such as those from credit card no interest promo deals. The syndication process just allows them to take more money home on the deal.

The Direct Funder/Lender: They have built their own underwriting platform and formulas to lend out either merchant cash advances and/or alternative business loans with a focus on a certain level of profitability and to maintain a certain default rate threshold.

The All-In-One: This is a firm that basically is structured as a direct funder/lender, but they also broker out some deals and on those deals that are brokered out, some of them include the firm syndicating to increase their take home revenue on the deal in particular.

The Investor: This is an equity or debt source that invests capital into a direct funder/lender’s underwriting platform and formula, seeking to capitalize on the high profits that result from a merchant successfully paying back either a merchant cash advance or an alternative business loan.

KNOW A DIRECT FUNDER/LENDER WHEN YOU SEE ONE

When I first started reselling the merchant cash advance and alternative business loan products in late 2009, I noticed that one of the ways to differentiate yourself in the market was to say that you were a “direct funder”, apparently the mentality was that merchants only wanted to talk to the people who could actually do the lending.

Well, I preferred to just admit upfront to merchants that I was a broker, but just explain that the industry is complicated in terms of the pricing models that are present. If you qualify for A+ Paper pricing, you want to make sure you are submitting your package to an A+ Paper lender, otherwise, you might be a merchant with a 700 FICO, clean banks, no liens, and other A+ Paper like qualifications, but might be submitting your package to a funder that will only spit out 6 month offers at 1.35 factor rates. So if you are seeking to work with a direct funder/lender (even if they also syndicate or broker on the side), you just have to know one when you see one, by using some of the following rules of thumb:

I don’t think there’s a worse feeling one can have, to have gone through the process of spending money to generate a qualified lead, to “close” that lead by getting them to send you an application package, and then to submit the package to your supposed “funder”, only to have the deal stolen and back-doored because your supposed “funder” was nothing but an unscrupulous broker the entire time.

Making sure you select good partners is vital to your survival on this battlefield called “alternative lending”, a battlefield that we fight, scratch, and claw on daily to feed ourselves, our families, and help make the lives of small business owners more efficient than before we got here.

Home › Business Lending › Lender Or Broker – Do You Know Your Partner?