Loan Brokers: Fight Back and Defend Your Brand 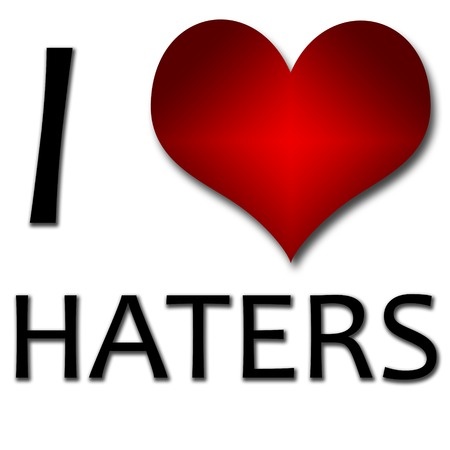 LIFE DOESN’T PLAY FAIR AND NEITHER DOES YOUR COMPETITORS

Let’s face it, a big part of our job is customer service. As a direct funder or lender, or as a large or small brokerage, a big part of our job is to service our existing customers, partners, vendors and suppliers with the utmost integrity, efficiency and ethics. But even the best of customer service intentions can become scarred when those who compete against you, choose to compete unfairly through vile fabrications, defamations and falsehoods.

Not many people (including myself) are too fond of hip hop music as most of the time the lyrics are questionable, but in 1997, everybody agreed with The Notorious B.I.G. when he touched on the concept of making more money and having to subsequently deal with new problems.

The bigger and more exposed you get, the higher the probability that you’ll have a run-in with dissatisfied merchants, partners, vendors and suppliers. This is common knowledge, as many of the largest ISO/MSPs and MCA firms are all over the ripoff reports in one form or fashion, with current and prior customers blasting the companies over sometimes legit issues, and other times issues of a petty nature that could have been resolved in means of a lesser depiction. But continuing on, the bigger you get, the bigger your “haters” will get as well. The rise of the internet has multiplied the presence of haters and trolls to a population standing taller than ever before. These haters love to use online discussion boards, social media, blogs, and review sites to spread their lies, hatred and vile.

JUST BECAUSE YOU SMELL SMOKE, THAT DOESN’T MEAN THERE’S A FIRE BURNING

I’m not sure who the author of this quote is, but it says the following: People will question all the good things they hear about you, but believe the bad without a second thought. Haters know this quote to be true and are quick to spread their venom knowing that if it’s coming from multiple sources, then far too many people will take them at their word using the flawed logic of “where there’s smoke, there must be fire.”

Well, I say just because you smell smoke, that doesn’t mean there’s a fire burning. Instead, you could more than likely have a group of haters who have perfected the art of blowing smoke, which is to make unfounded or exaggerated claims. As a result, you need to protect your brand against haters. There are those of you who believe that if you just ignore them then they will go away. Well, I disagree with that notion and so does Motorhead’s Lemmy Kilmister. “I don’t understand people who believe that if you ignore something, it’ll go away,” he was once quoted as saying “That’s completely wrong because if it’s ignored, then it gathers strength. Europe ignored Hitler for twenty years, as a result he slaughtered a quarter of the world!”

If he wins the candidacy or not, Donald Trump will go down as perhaps the most fiery presidential candidate of all time. When Trump believes something, he says it, without filter and without care of political expediency. When Trump is “attacked” by the media or one of his fellow GOP opponents, he fires back. On the O’Reilly Factor after the final GOP debate of 2015, Trump clarified that if the media or one of his GOP opponents makes a valid criticism about him, he’s perfectly fine with that, but what he has a problem with is when they flat out lie about something he’s said, done or believes in.

While I’m an Independent and not sure who I will support for the 2016 Presidential election, I find myself in agreement with Trump on a number of things, including how Trumps responds to “haters.” My stance is that if you have a valid criticism about something I’ve said, done or believe in, then I’m all ears! But when you flat out lie about me, now you are going to tick me off.

GET MAD, GET MAD!

One of the reasons for Trump’s surge in the polls is the fact that a lot of people are angry at leaders in Washington and aren’t going to “take it” anymore. Trump’s fiery persona attracts people to the real estate tycoon, causing him to have a massive lead in the Republican race. Like Trump, you should get mad as well if you have worked to build your brand, resumé and marketplace standing, and then all of a sudden here comes some anonymous troll spitting out all types of defamations across the internet:

The definition of libel is to write something about an individual or a company that is defamatory, which is a statement that is false but written in a way to convince the public that it’s true. The internet has increased the presence of libel so much, that insurance companies market their personal umbrella policies as a form of insurance in case you are sued for libel. Some people don’t realize that typing something on the internet can get you in trouble if you are lying about the person or the company in question. Now, I’m not advising you to run out and sue everybody who lies about you online, as that would be very costly, however, I am advising you to get mad by fighting back and doing some of the following to protect your brand.

FLOOD THE MARKET WITH TESTIMONIALS

Begin to flood the market with positivity. When a prospective client searches for your company in Google and finds the negative reviews, they can also see the various videos, blogs and review sites where your customers, partners and vendors are praising you. You can always say: Look at the many customer testimonials that we have and look at the size of our customer portfolio, clearly more people are satisfied with us than dissatisfied.

The BBB will provide you an “A+” or “A” rating as long as you respond to any complaints filed in a timely manner. You can use your “A” rating status in marketing and in response to prospective clients inquiring about negative reviews. You can always say: We have an A+ rating with the BBB, we must be doing something right.

A lot of direct funders and large brokerages have large sources of operating capital to play with, so why not hire a PR Team? Have a PR Team speak with the media often to generate as much positive press as possible to help balance out the negative press. In addition, have the company CEO and other high ranking officials do various forms of PR when available.

TAKE THE FIGHT TO THE TROLLS

Go to the discussion board, social media post, blog post, vlog post, or website, and directly respond to the person creating the negative press. Debate your points, prove them to be wrong, show them to be a liar, and encourage your employees, vendors and partners to join in on the fight. Silence can be taken in one of two ways, either people will think you are “too big” for this petty non-sense, or they will think that you are silent because you are guilty. I say take the fight to the trolls, debate your points and then move on after you’ve put the verifiable truth on the table.

Some people will already know something is a lie, but choose to believe it anyway because they want it to be true regardless. Sean Parker’s character from the Social Network said that, “even if you’ve managed to live your life like the Dalai Lama, they’ll still make things up because they don’t want you, they want your idea.” The honest truth is that most of your haters are just jealous of you because, you have something that they want but don’t have. So, don’t allow them to throw you off your game.

As a quote I read the other day from some unknown source said, “you should never hate people who are jealous of you, but instead respect their jealousy as they are the people who think that you’re better than them.” Having haters is a sign that you’re doing something right. Your prospective customers and partners with good judgment should be able to read between the lines to see the truth, and for those that can’t, well, maybe they are too gullible (and stupid) to be doing business with anyway.