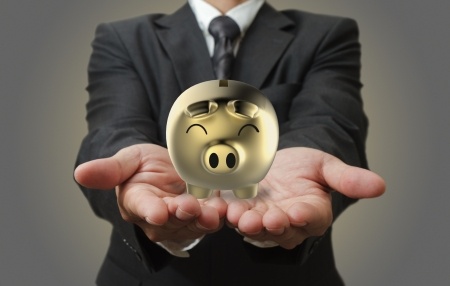 The story of 2015, at least according to CNN, was that 70% of investors lost money. The big winners were apparently people that didn’t invest at all or those that took humongous risks. Millennials are notorious for being perpetually pessimistic about the stock market and headlines like these probably don’t raise their spirits. And while there’s nothing wrong with caution and skepticism, there’s really no reason that 2015 should’ve been a losing year, especially for such a large percentage of people.

Peer-to-peer lending evangelist Peter Renton is earning more than 10% a year through his Lending Club and Prosper investments. And he’s not an anomaly. The majority of Lending Club investors are earning above 5%, including myself as shown below as the dot compared to everyone else:

After splurging on very high risk notes in 2014, I’ve since settled on a strategy of only A & B-rated notes for individuals making more than $85,000 a year. Since July of 2015, my notes have been purchased automatically by LendingRobot based upon the filters I’ve programmed in. Thus, marketplace lending has become a rather passive investment for me that runs in the background and it should for you too, especially if you work in the alternative lending industry.

In May and June of last year, we told you to break out of your bubble. If you didn’t heed those words, maybe the new year will give you the excuse you need to give marketplace lending some consideration.

Over the last two years, I’ve personally invested nearly $75,000 in consumer debt through Lending Club and Prosper, entirely in $25 increments. Suffice to say, I didn’t lose money on these in 2015. The monthly principal and interest payments from them are constantly reinvested into new loans on a daily basis, compounding my earnings. It definitely beats not investing at all, which is apparently what a lot of people did last year.

Even if marketplace lending isn’t for you, you can earn a few hundred basis points less per year with an FDIC guaranty. 5-year CDs are paying up to 2.42% right now. Back in June I wondered whether or not the risk undertaken with consumer debt was worth a few extra percent a year, especially considering how these notes are taxed (you may only be able to deduct up to $3,000 in losses per year).

I guess you could say that I decided it was worth it. My new investing strategy takes the $3,000 loss cap in stride because the number of A and B-rated notes (which are all I buy now) that default are very low. In fact, I’ve never even had an A-rated note default in the two years I’ve been investing.

The one disclaimer I will add is that I did indeed invest more money in mutual funds (stocks) in 2015 than I did in marketplace lending. While I enjoy the reprieve from daily volatility that Lending Club and Prosper notes bring, it’s important to never lose sight of the fact that those investments are ultimately in Lending Club and Prosper themselves. Originally envisioned as peer-to-peer, both companies actually just issue bonds to investors that are backed by nothing other than the performance of chosen loans. So if Lending Club and Prosper blew up tomorrow (or worse), it might not matter how all those loans were performing. If the secret to investing is to diversify, then you should treat your total investment on a marketplace lending platform as if it were a single stock. That’s precisely why I won’t open an IRA with Lending Club or Prosper, even if the tax advantages would be better.

Nevertheless, as my mutual funds were flat for the year, my marketplace lending portfolio pushed me forward. At the very least I plan to reinvest all the payments from my portfolio this year into new notes on a daily basis. If you were discouraged by the headlines that 70% of investors lost money last year, you should consider complementing your stock portfolio with marketplace lending this year.

Consumer debt might seem like an odd choice for an individual to invest in, but once you get the hang of it, you’ll eventually consider it to be an integral part of diversification.