Business Lending in Mexico – From the Front Lines 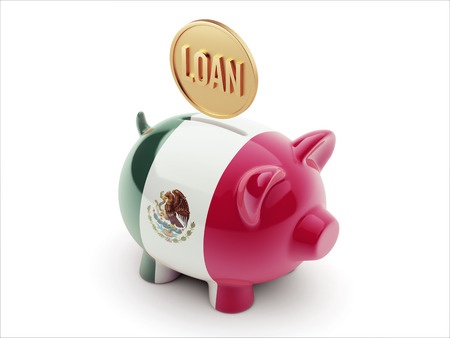 It’s no secret that the financial technology (FinTech) industry has exploded and its effects are being felt around the world. With its epicenter in the US (arguably the UK), it quickly caught on in other major markets like Europe, Australia and Canada. The main narrative for the FinTech industry plays as follows: First, a huge local market has incumbents (local banks), which make it hard for the local population to move or obtain capital (payments and loans, respectively). Then, a bunch of clever people arm themselves with tech, tools and capital to come up with a better solution than the incumbents in their markets; and as people in the US are looking west, east and north to see how this tune plays out in different markets, I have seen how the FinTech phenomenon is growing strongly down south, here, in Mexico.

Mexico’s FinTech market is made up of the same parts as in the rest of the world. It has huge potential, but surprisingly only few people know about it. With roughly a third of the population of the US (123 million people), and an economic value similar to that of Australia and Canada, Mexico´s local market is in dire need of financial services. In our company’s market, domestic credit represents a meager 31% of GDP[1]! It’s 69% in Brazil by contrast. The USA has a startling 194%. This means that the Mexican private sector is not receiving enough capital in the form of financial products from local financial institutions. The same phenomenon exists in the payments space. For example, in the point of sale (POS) industry, there are currently 8 POS per 1,000 people in Mexico. The US has more than double that at 21 POS per 1,000 people, and Brazil has 3x at 24 POS per 1,000!

Regarding the incumbents, the banks, Mexico is known as the land of monopolies. While in the US there are literally thousands of banks, in Mexico, there are just over 40 banks, with the top 20% holding close to 80% of the market and its profits. Furthermore, Citibank’s and BBVA´s Mexican operations are some of their most profitable worldwide. Large banks like these enjoy extraordinary profits, and have been slow to adapt to new technological trends, service niche markets and provide services which could cannibalize bank revenues. After all, why would a monopoly innovate if it holds most of the market in its hands?

And then there are the people trying to solve this problem. Many Mexicans travel to study in the world´s top graduate programs and return to Mexico to act on what they learned. Domestically, Mexico churns out 3 times as many engineers per capita than US universities do. So currently there is a boom in the number of start-ups in Mexico[2]. And as start-ups tend to do, they are targeting one of the largest and hairiest problems this country has to offer: Financial Services. As a result, the likes of “500 Startups”, “Tech Stars”, “Village Capital” and “Y-Combinator”, and several Silicon Valley VC funds have turned their attention south. Several Mexican start-ups have been raising increasingly larger rounds from local and US investors to quickly tackle the opportunities in the loans and payments spaces.

These Mexican companies are developing solutions for the national problems and they know how to do it with the local culture in mind. Even though the US and Mexico share one of the longest borders and a huge migrant flow, they have developed at different speeds, which present different challenges. Two examples of this divergence: The FICO credit score, created in 1970s in the US, barely made its way down to Mexico some 4 years ago. However in terms of regulation, Mexican banks have been quicker to meet regulatory compliance (Basel I/II) than most of their US counterparts[3]. So the new players up to bat here at home, the online lenders, merchant lenders, mobile POS, remittances, bitcoin exchanges, peer-to-peer market places and the like, are raising capital both locally and abroad to create the technology to service the large Mexican financial services market. And in many cases, they are trying to get the formula right to create a beachhead to jump into a larger and broader international Latino market.

[2] – A few months ago “The Economist” made a small homage on the Mexican start up scene – http://www.economist.com/news/business/21647624-nascent-tech-hub-may-succeed-solving-local-problems-techs-mex

[3] – The high compliance of the Mexican Banks has been a byproduct of the boom and bust cycle that the country has had. So more than a voluntarily action, the central bank forced the local players to meet the international requirements.

Guillermo is the Director of Aspiria (www.aspiria.mx), an online lending company focused on small and medium merchants in Mexico. He has 10+ years of experience in financial services in Mexico and internationally. Connect with him on Linkedin (linkedin.com/in/guillermohernandez1).