Did Your Deal Slip Out The Back Door?

Gil Zapata found himself in the right place at the right time to catch someone red-handed at backdooring, the practice of stealing an alternative-funding deal and cheating the original ISO or broker out of the commission. 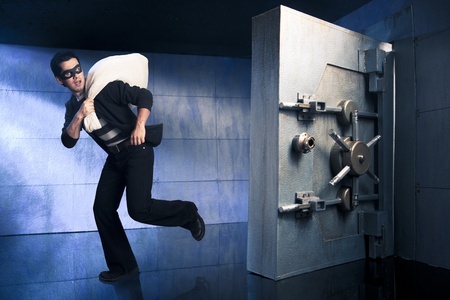 It seems that Zapata, who’s president and CEO of Miami-based Lendinero, was sitting in a client’s office about three years ago when the phone rang. The call came from an employee of a direct funder that had turned down Zapata’s deal to fund the merchant. Now, the employee was offering funding from another source without notifying Zapata. Fortunately, the merchant didn’t accept the surreptitious funding, Zapata said. “There’s a huge loyalty factor with maybe 50 percent of the clients an ISO has under their belt,” he noted.

But many merchants sign up for backdoor deals out of ignorance, callousness or desperation, and the problem seemed to gather momentum in the first quarter of this year, according to Cheryl Tibbs, owner of Douglasville, Ga.-based One Stop Funding LLC.

When Tibbs found herself the victim of backdooring a few months ago, the merchant’s loyalty to the ISO prevailed once again. “Because of the relationship we had with the merchant, he let us know and didn’t go along with it,” she said.

Both cases fall into one of the categories of backdooring. This type usually occurs when an ISO or broker submits a deal and the funder declines it, said John Tucker, managing member of 1st Capital Loans LLC in Troy, Mich. An employee of the funder then takes the file and offers it to other funders, often those that accept higher-risk deals. The funder’s employee conveniently forgets to include the originator in the commission, Tucker said. Meanwhile, the employee’s boss might know nothing of the post-denial goings-on.

In another variety of backdooring, ISOs or brokers deceptively claim that they’re direct funders. They solicit deals in online forums, by email message or over the phone, and then they offer the deals to companies that really do function as direct funders. In many cases, the fake funders pocket the entire commission, Tibbs said.

“I’m bombarded with probably 10 emails every day of the week from a supposedly new lender that wants my business, and they’re really just a broker shop like we are,” she maintained. 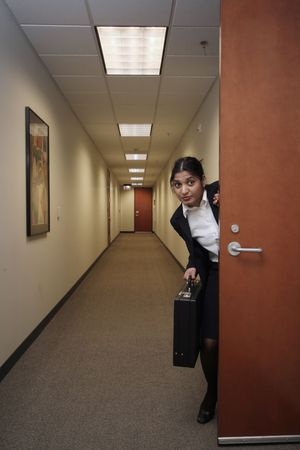 To guard against both kinds of backdooring, ISOs and brokers should know their funding sources, everyone interviewed for this article suggested. “What we’ve done is tighten up on how we do submissions,” Tibbs said. “We’re very particular about which lending platforms we use.” Although her company has contracts with 60 to 70 funders, it uses only three or four regularly, she noted. “Shotgunning” deals to lots of potential funders invites backdooring, Tibbs said.

Tibbs also scrutinizes deals to determine which funder would provide the best fit. That way, fewer deals are declined and thus fewer became candidates for backdooring by unscrupulous funder employees. “We have a system. We scrub it. We do the numbers,” she said of her company’s close attention to underwriting, which helps determine what funders would accept the deal.

Her company also keeps a watchful eye on every deal’s progress. “We know exactly where the deal is, and who’s looked at it,” she said. It also helps to insist upon having a dedicated account rep, Tibbs emphasized. That way she can form a relationship that discourages backdooring.

Perhaps the most basic safeguard comes with determining that the company claiming to fund the deal really has the capital to do it and isn’t just shopping the file to real funders. Tucker advised using Internet searches to turn up evidence that the supposed funder really isn’t another ISO or broker. Searches should reveal press releases on equity rounds that direct funders have received, for example. If open-ended Web searches don’t produce satisfying results, check state registrations, he said.

ISOs and brokers can also prevent backdooring by avoiding sub-agent status, Tucker cautioned. “I don’t know why guys would want to be a broker to a broker,” who could steal commissions, he observed. One exception to the sub-agent problem comes with agents who are just entering the business and are receiving training from a broker, Tucker said. In another exception, sub-agents may find another broker has competitive advantages that aren’t easy to duplicate – like a $20,000 monthly marketing budget to generate sales leads, he continued. Or perhaps the other broker gets low base pricing from a funder that allows for reduced factor rates without sacrificing part of the commission. 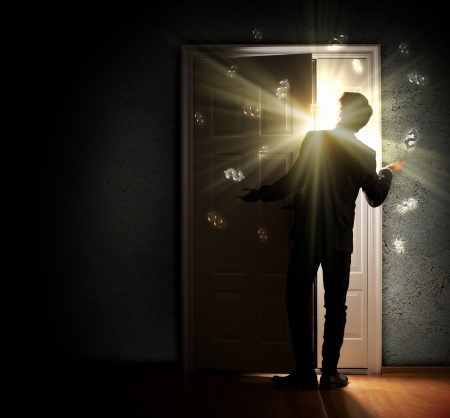 Brokers and ISOs can also protect themselves from backdooring – and just in general – by maintaining their relationships with merchants, even those who’ve been denied funding from four or five sources, Zapata said. An increase in revenue or jump in credit worthiness can qualify them a few months later, and other brokers or funders may be soliciting them in the meantime, he said.

Then there’s the possibility of collective action against backdooring. An association or some other entity representing the industry could compile a database of companies accused of backdooring, Tibbs said. “Just as there’s a black list of merchants that have been red-flagged from getting merchant cash advances, there should be some type of database of funders that frequently backdoor deals – that way, ISOs know to stay away from them,” she maintained.

The database would also prompt owners and managers of direct-funding companies to crack down on employees who use nefarious tactics, Tibbs continued, because the heads of companies would want to stay off the list.

But finding the financial support and staffing for such a database might prove difficult, according to Tucker. He noted that the card brands, such as Visa and MasterCard, maintain a match list of merchants barred from accepting credit cards. But the card brands have vast resources and a keen interest in the list, he said.

Requiring funders to pay to register might discourage ISOs and brokers from posing as funders, Tibbs suggested. But that, too, would require an infrastructure and would demand financial investment, sources said.

Still, everyone interviewed agreed that the industry should police itself with regard to backdooring instead of inviting federal regulators to enter the fray. “The federal government will mess with pricing without understanding every merchant can’t get low factor rates because there’s too much risk on the deal,” Tucker warned.

Perhaps extending the protection period in funding applications would help guard ISOs and brokers, Zapata said. But he cautioned that making the time period too long could interfere with the free market.

Home › Business Lending, merchant cash advance › Did Your Deal Slip Out The Back Door?