Almost eighteen months ago, I explored whether or not Google was rigging the search results to benefit two lending companies they had equity investments in, Lending Club and OnDeck. At the time, both companies ranked at the top for highly coveted keywords even if they weren’t directly related to the user’s search query.

Now that those two companies are public, a company called Credit Karma seems to have inherited the top spots. And wouldn’t you know it, Google has also invested in them.

But that’s not the worst of it. Thanks (or no thanks rather!) to a relatively new search result feature called “People Also Ask,” one keyword recently started serving up results with a different kind of hidden agenda. 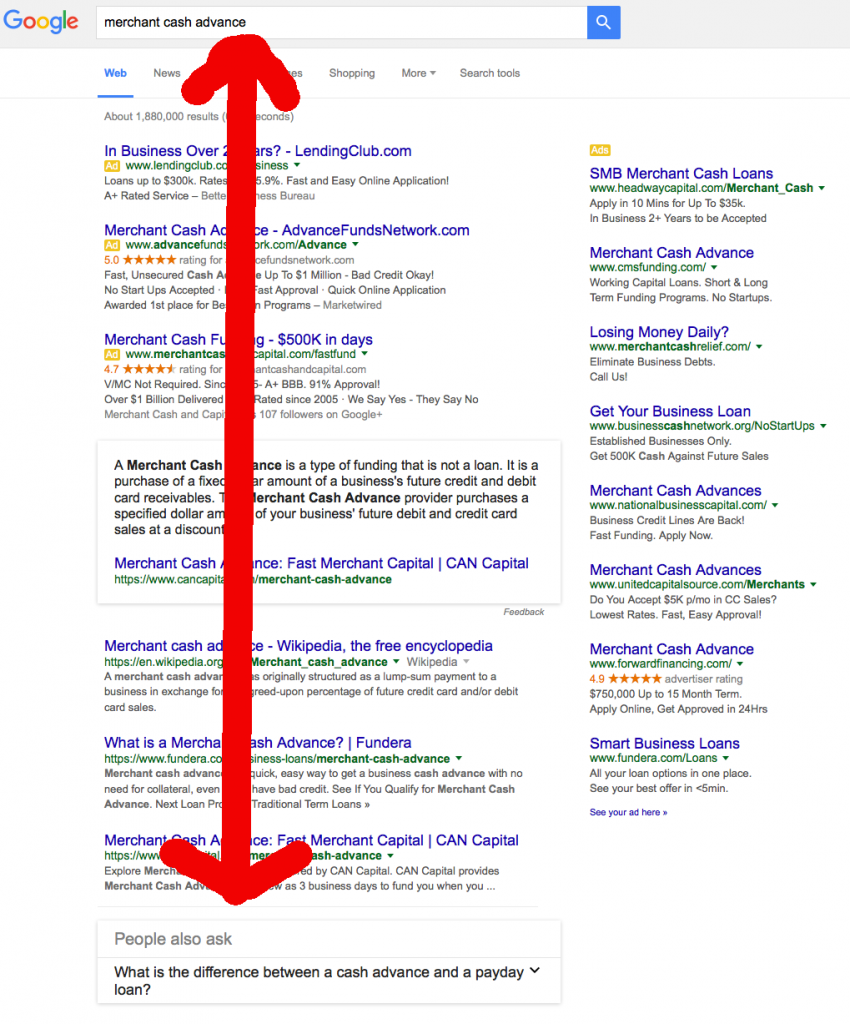 While my captured results may not be identical for everyone, I have conducted tests with other people on other devices and from other areas and it was present each time. With this box, Google is subtly planting the negative seed that payday loans and merchant cash advances are basically so identical that other people just like you are wondering what the difference between the two are. But here’s the rub, the two have nothing to do with each other and it’s unlikely so many people are asking that.

It’s no secret that Google is also directly lobbying in the online lending space too. One month ago, right before Google magically started to suggest to searchers that merchant cash advances and payday loans were related, Google formed a lobbying organization called Financial Innovation Now with Amazon and Apple. On their main agenda is online lending.

Given the suspicious search rankings for companies they have an equity stake in, I would not doubt for a second that something like this was manually inserted. I admit that my evidence and my case are weak, but given the circumstances, it’s quite possible there’s something deliberate happening here.

What do you think? Do you see this when you google merchant cash advance?