Congressman David Scott (D), the same congressman that said, “God Bless the online lenders” back in October had some choice words for the Consumer Financial Protection Bureau recently after learning they manipulated data to falsely support evidence of racial bias in lending. According to the Wall Street Journal, Scott called their data “shamefully flawed.”

As explained by the WSJ:

The bureau has been guessing the race and ethnicity of car-loan borrowers based on their last names and addresses—and then suing banks whenever it looks like the people the government guesses are white seem to be getting a better deal than the people it guesses are minorities. This largely fact-free prosecutorial method is the reason a bipartisan House supermajority recently voted to roll back the bureau’s auto-loan rules. 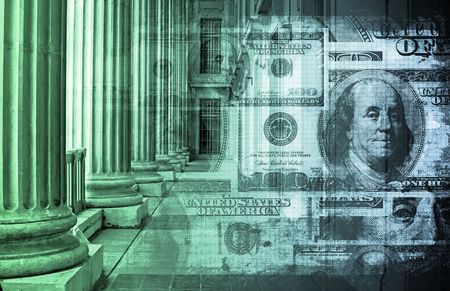 The House of Representatives responded on November 18th by voting 332-96 in favor of stripping some powers away from the CFPB. In a bill, that hopes to be known as the Reforming CFPB Indirect Auto Financing Guidance Act if it is also passed in the Senate and signed by the President, attacks the CFPB’s guidance of the Equal Credit Opportunity Act as it applies to auto lending.

“Bulletin 2013-02 of the Bureau of Consumer Financial Protection (published March 21, 2013) shall have no force or effect,” the bill states outright.

Bulletin 2013-02 addressed the auto lending industry by saying, “the ECOA makes it illegal for a ‘creditor’ to discriminate in any aspect of a credit transaction because of race, color, religion, national origin, sex, marital status, age, receipt of income from any public assistance program, or the exercise, in good faith, of a right under the Consumer Credit Protection Act.”

The CFPB reviewed loan data as expected to see if there were racial disparities but disturbingly did not actually know the race of the borrowers in many cases. So they guessed, according to the WSJ, by reviewing the last names and addresses of the borrowers. When being shown the results of their guesses against a sample of data for which they actually had racial background data, the CFPB only successfully guessed correctly 54% of the time. Despite being aware of this, the CFPB sued Honda, Fifth Third Bank, and others for discriminatory lending practices. Honda was pressured into settling for $24 million and Fifth Third for $18 million even though the CFPB’s data and methodology were false.

The House bill also requires that the CFPB publicly disclose the methodologies and analyses used to assess discrimination in auto financing, lest they continue to manufacture their own data, draw conclusions based on that, and then extort corporations for tens of millions of dollars through lawsuits, investigations and public shaming.

88 Democrats in the House joined their Republican colleagues in passing this bill.

This kind of blatant malfeasance is especially alarming considering the CFPB is already licking their chops to collect data on small business lending so that they can test it for racial and gender disparities as well.

As small business underwriting is markedly different from the commoditized world of consumer lending, it would be near impossible for a pious, law-abiding, and even omnipotent CFPB to make meaningful determinations. Considering that the CFPB we have acts in a manner as described above, small business lenders have a lot to worry about over the implementation of Dodd Frank’s Section 1071.