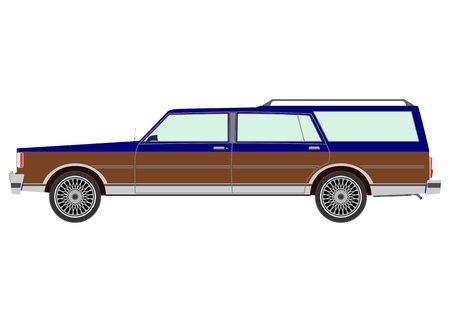 WE HAVE NO “MINIMUM” GUARANTEE

The debate to increase the minimum wage across the board in the US to $15 per hour has been going on for quite some time now, with marches in the street from fast food workers, people protesting by walking off the job, and strong political debate with passionate views on both sides.

What’s been strange to me about this debate, in relation to the argument of those that are in favor of increasing the minimum wage, is their reference to workers being “slave labor” by working excessively hard and long, but not making enough in a lot of cases to support a household. The reason this has been strange to me is because for close to 9 years, I operated on a 1099, independent, 100% commission basis, as a solopreneur managing my own one man show sales office. I received no salary, base pay, hourly pay, “floor”, nor company benefits (even though I am fully insured individually). The Harvard Business School report from July 2014 by Karen Gordon Mills and Brayden McCarthy, said that there’s 23 million businesses in the country that do not have any employees and are classified as Solopreneurs.

RUNNING YOUR OWN SHOP IS VERY DIFFICULT

Running your own show is probably the hardest job you will ever have in your life. Having to juggle the various components of it with no established “minimum wage” just chokes out far too many independent brokers. Some of those various components include but surely aren’t limited to:

On top of this, you might have to deal with pet peeves of your Funder and Lender Partners, which could include them cheating you out of commissions, clawing back commissions after 45 days, cutting you off from your renewal and residual portfolios, among other things. These things rob you out of the hard earned commissions for deals that you fought for in one of the most competitive markets in the country (using your own capital, creativity, time and energy) to win.

MAKE A FAMILY NOW, OR DELAY DOING SO JUST A LITTLE BIT LONGER?

With all of the aspects of building your broker office that must be managed on your own, with no minimum guaranteed wage, benefits or true assistance, the next question becomes, how do you manage a family through the very early stages of all of this chaos? The reality is that there’s only so much time in the day. If you are just starting out your own shop and if you don’t currently have a present family to take care of, putting the creation of a family on hold might be your best bet. I once expressed that it was okay to be a piker, then I expressed that it was okay to be a minimalist, today I’m telling you that it’s okay to delay starting a family.

THE MILLENNIAL GENERATION FACES A LOT OF STRUCTURAL CHALLENGES

It seems as though most of the newer brokers in our space are a part of the Millennial Generation.

Generation Y (The Millennial Generation) begins usually around 1981 and lasts until about 1995, the Generation that follows (Generation Z) are those that were born just after 1995. Being a Millennial myself, I tend to keep abreast of many of the issues facing my generation, and while I currently do not have a family that I’m responsible for, I believe that many Millennials would agree that it’s seemingly more difficult today than ever before to manage a family:

So while you are trying to juggle the issues of building your broker office, you are also having to deal with competitive global forces and IT automation, along with the rising cost of living, along with deficiencies in job/income security and stability. So how in the world do you add a family of let’s say two kids on top of this chaos? Regardless of whether or not you are married or a single parent, the costs and risks of managing a family within this chaotic situation are significant.

If you already have a family, obviously you can’t “give them back” and start over, so if you are seeking to enter this space and build your broker office, you are just going to have to find a way to juggle all of the chaos that’s present. However, if you are like me (a Millennial and Broker within this space), that hasn’t yet created a family, if you are still in the early stages of constructing your office, renewal and residual portfolios, then I would say that it’s “okay” to delay starting a family considering all of the chaotic issues that you would be facing today.

How long to delay such a very important choice is a personal one that you would have to manage, but for some of us, the choice might come down to opting out of creating a family altogether.