Brokers: Being a Minimalist is Okay 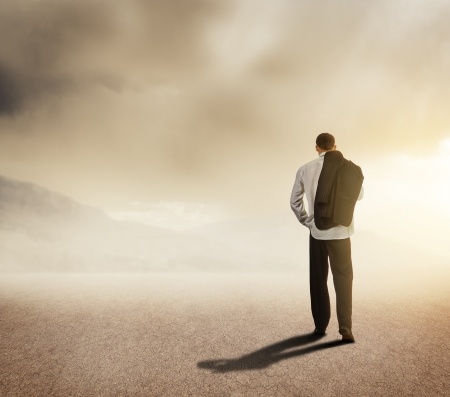 I’ve always wondered why being successful has to be tied to the acquisition of high-dollar materialistic toys. And I’ve always wondered why it wasn’t more tied to your level of freedom. Freedom as in, telling the world to go to hell. Being able to do whatever you wanted to do, live where you wanted to live, and enjoy the limited amount of time you had on this planet before you passed away back into whatever cloud you came from.

Let many within our industry tell it (as they seek to build their Mom and Pop Network), success is all about the acquisition of high-dollar materialistic toys in conjunction with delusional compensation promises.

I have criticized some of the motivational sales speeches done within our industry by direct funders, lenders and large broker houses, seeking to recruit those (for their Mom and Pop Network) into our industry from the Burger King drive-thru line, with the dream of making big money, fast. But we all know the reality is that only a small percentage of those that enter our space actually end up having some sort of career longevity, as success in our industry is based more on having strategic leveraged resources, rather than being the mythical smooth talking, walking, charismatic sales machine. The misguided sales motivational enticement speech is coupled with pictures of luxury cars like the Mercedes Benz S-class, along with big houses on the hill.

That marketing message clear, if you come in here and resell our services to merchants out of the Yellow Pages or by using the same UCC data that 100 other brokers are calling on, you will soon be closing deals left and right! You will be making $20,000 a month, enough to be driving that S-Class and living in that house on the hill!

THIS MESSAGE AND MILLENIALS

It’s a very enticing message for a segment of Millennials, like the ones that have attended brand name colleges for $100k on student loans, only to come out and be told that they don’t have enough experience to even qualify for entry level positions. Same goes for the ones forced to work in industries that have nothing to do with their expensive degrees.

“So you mean I can skip that nonsense, sit on a predictive dialer all day calling something referred to as a “UCC record?” they might gleefully ask. “And I can start today? I’m in!” I’m sorry, but it’s mostly a pipe dream.

Sure, there are a few individual brokers making $20,000 a month right now, but the majority making anywhere close to that are only talking about “special” months that they have had, not a consistent two-year span of this activity. Or, they have overrides on a team of individual brokers and this amount of money is usually the gross revenue, which means once you take out their very high cost of operations (using their very expensive mailing or online PPC campaigns), it paints a totally different picture.

There’s a new movement going on and it’s all about Minimalism. Minimalism is based on living below your means to a point where you can survive and live a quality life on what’s been traditionally seen as “not so much,” without getting yourself deep into debt or requiring significant incomes for a long period of time due to having to sustain your high consumption lifestyle.

CAN SUCCESS = BEING ABLE TO TELL THE WORLD TO GO TO HELL?

It’s okay to be a Minimalist and live longer, on less.

You will eventually find yourself in a situation to where if you stopped working tomorrow, you would have enough saved in liquid and non-liquid assets to where you can tell the world to go to hell.

That’s how Mr. Money Mustache did it. He did it by incorporating Minimalism as well as efficiently managing his income, expenses and investment accounts, to be able to tell the world at 30 to go to hell.

That’s true freedom, which is true success, which is the ability to not be in shackles to a corporation, due to living a high consumption lifestyle trying to impress people that don’t even like you anyway. True success is being free to leave behind the legacy that you prefer as well as to live the life that you prefer, not the type of life that society pressures you into “signing up for” with 5 year, 10 year, 20 year and 30 year installment terms.

Home › Business Lending › Brokers: Being a Minimalist is Okay