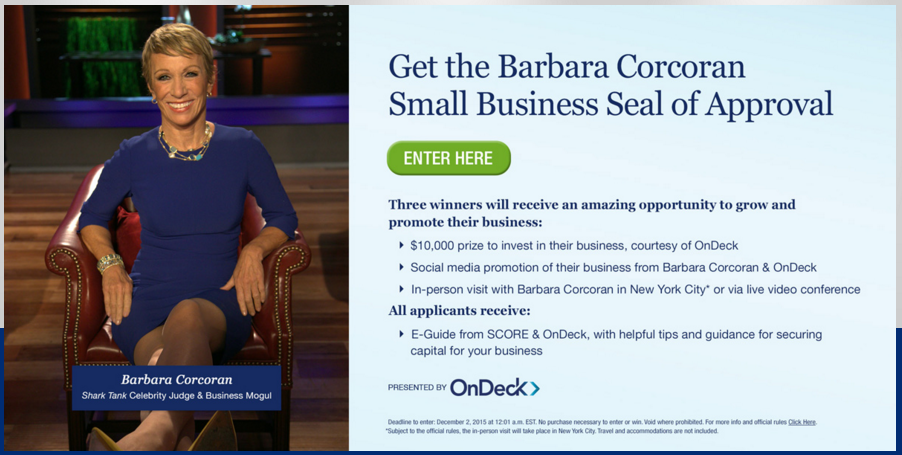 Barbara Corcoran, co-founder of The Corcoran Group and famous Shark Tank investor, has teamed up with small business lender OnDeck to support entrepreneurs through a contest. Three winners will be chosen for a $10,000 prize and they’ll also get to meet Barbara Corcoran.

Contest applicants are asked to enter what they would spend the $10,000 on to grow their business. The deadline to enter is December 2nd, 2015.

The partnership is significant because it marks yet another time that a Shark has crossed paths with online business lenders. Just one year ago, Kevin O’Leary became a spokesperson for IOU Financial.

It seems that the show and the real world have a lot in common.