Mike Cagney vs. Todd Baker: The Debate at the Marketplace Lending and Investing Conference 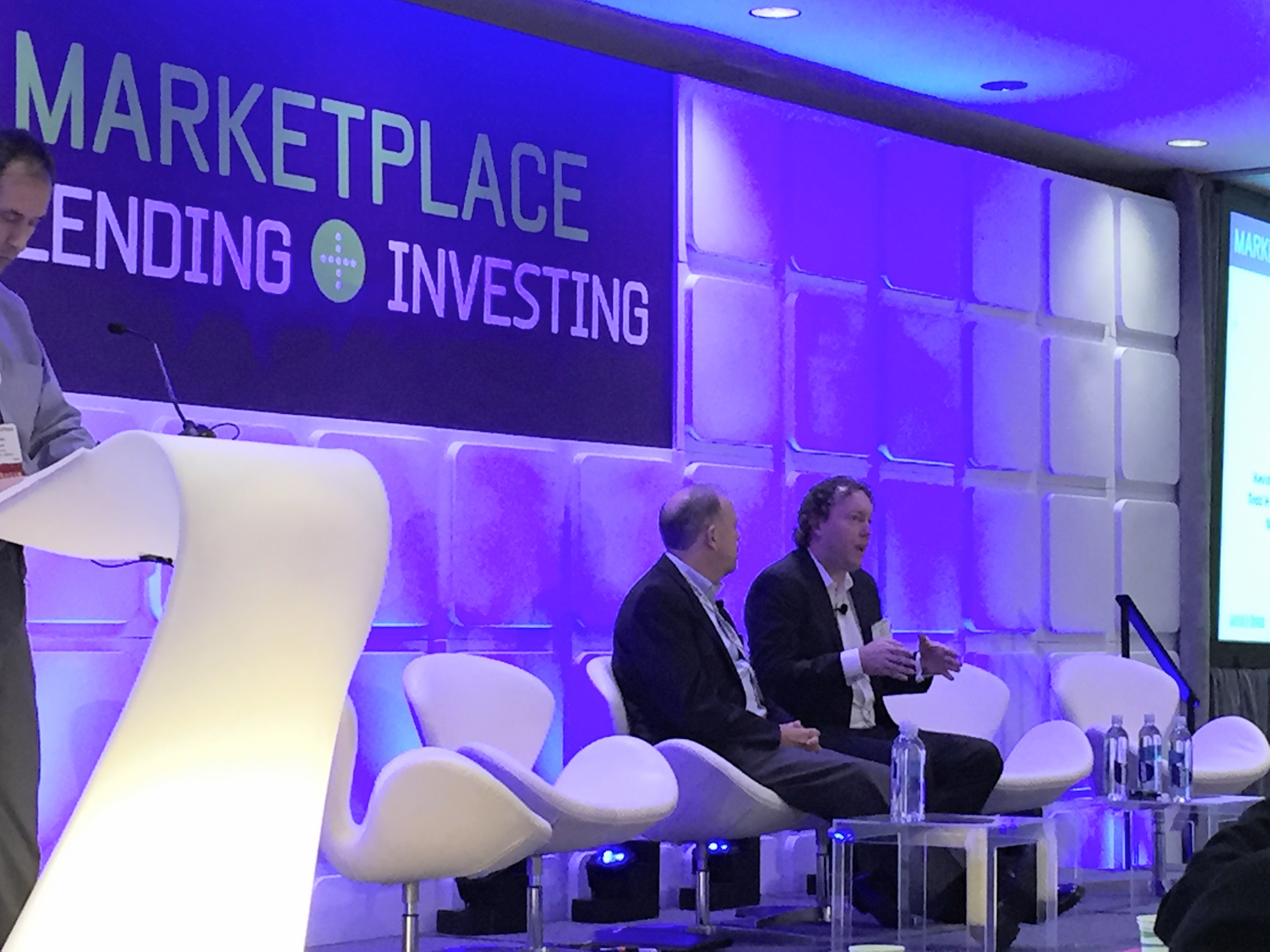 “You’re big buyers of some of this paper until you’re not,” said Todd Baker, the managing principal of Broadmoor Consulting, LLC, to a crowd of institutional investors and bankers at the Marketplace Lending and Investing Conference in New York. Seated to his right was his debate adversary, SoFi CEO Mike Cagney, who offered many opposing viewpoints. You can’t choose to not run a business because you fear it could some day shut down, Cagney argued.

The two opponents had battled before though Op-eds published in American Banker. “The hard truth is this: while MPLs [Marketplace Lenders] have introduced valuable innovation into financial services, they carry a fundamental flaw that threatens to undermine their business, destabilize financial markets and cause real economic hardship,” wrote Baker back on August 17th. The flaw he addressed is access to funding. Baker argued that if investors don’t want to buy loans, then the marketplace lender is dead because their existence relies on the transaction fees from loan originations.

Cagney responded directly two days later. “The scenario [Baker] describes can’t happen. It is true that an MPL needs a buyer to originate loans — without one, the marketplace needs to raise rates until a buyer emerges. If there is no buyer, MPLs simply stop lending — they won’t start originating underwater loans.”

That perhaps played partly to Baker’s argument because if indeed there was an absence of buyers then the marketplace lender stops originating loans… and would at least temporarily be dead or would at least not be generating revenue. 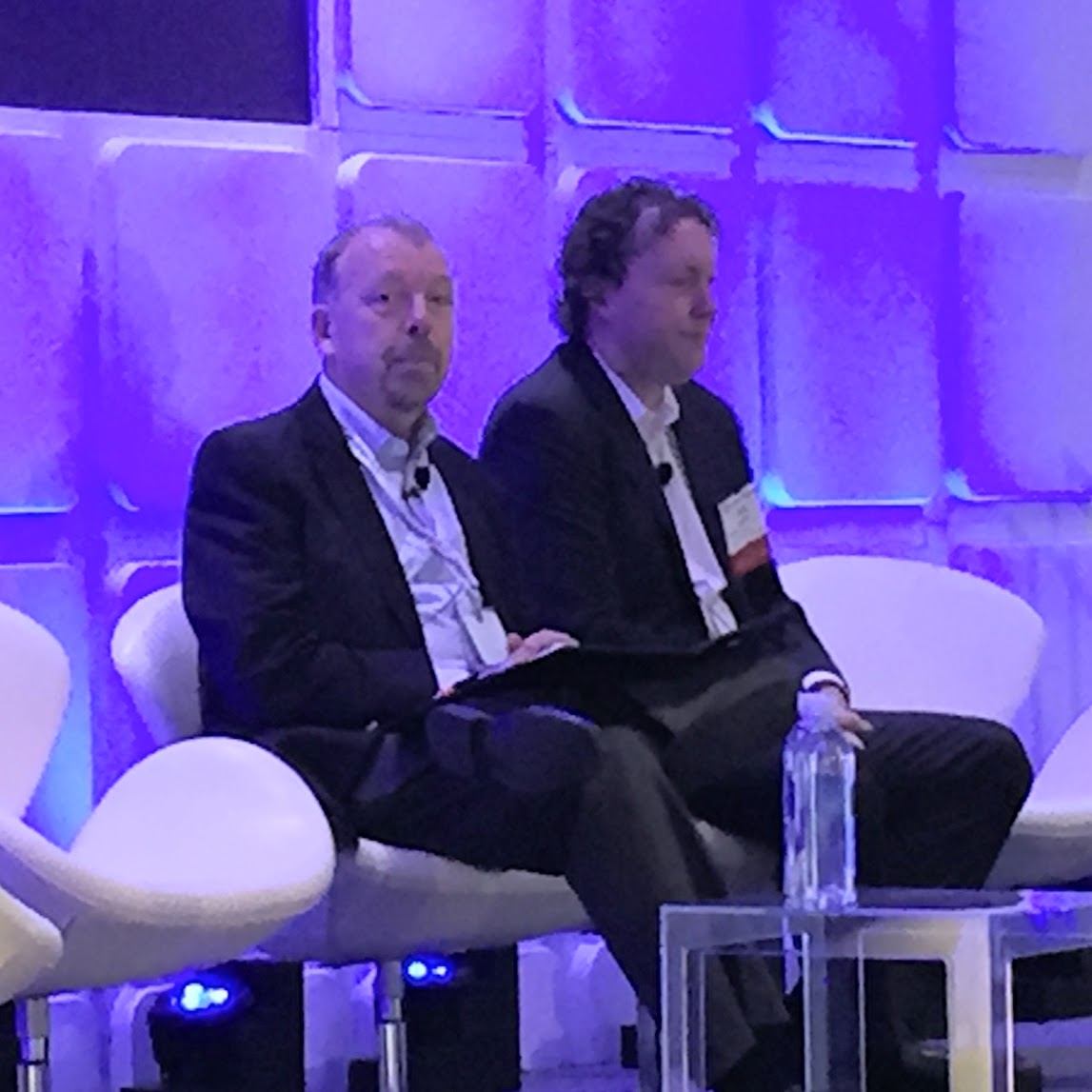 But during the live debate, Cagney cast the suggestion of there being no buyers aside. Companies like his are targeting large market segments, where there will theoretically always be demand at some price, not niche market segments that could dry up in a crisis. “The beauty of marketplace lending is we’re balance sheet light,” Cagney told the crowd while pointing out that banks get into trouble with lending because of how leveraged they are.

That viewpoint contrasted that of two Goldman Sachs VPs that told the same crowd earlier that marketplace lenders would eventually move towards keeping loans on their balance sheets.

SoFi is of course an exception to the mold of the average marketplace lender, which Baker made sure to point out. Most people in the room were aware of SoFi’s $4 billion private market valuation. It’s clear that Cagney knows what he’s doing, Baker said out of respect several times on stage. His comments were directed less at SoFi and more on marketplace lenders in general.

Cagney took the criticism in stride and basically chided Baker and those that share his concerns as being unwilling to pursue opportunities because they are simply afraid of change.

Someone knows where I am at all times, he jokingly warned the audience of bankers, in case any of them had planned to kidnap him and put an end to his disruptive endeavors.

SoFi’s brand is of being an anti-bank or a fixer of the broken banking system so Cagney no doubt expected doubters at a conference produced by American Banker’s parent company.

The two agreed to cordially disagree and notably did not shake hands when the debate ended. Cagney, the anti-banker, appeared to win over a significant portion of the audience. To his credit, the conference was aptly named the Marketplace Lending and Investing conference, not the Traditional Banking Forever conference.

Both sides made valid arguments, but one thing is for certain, banking will never be the same.