The losers of Tuesday night’s GOP debate were Dodd-Frank, the CFPB and the big banks. Hours after I linked to a CFPB job listing for a small business lending fairness assistant director, former Hewlett-Packard CEO Carly Fiorina told America that the CFPB is the beginning of socialism. Government creates the problem and then proposes a solution to the problem it creates, she argued.

Senator Ted Cruz added that the government is in bed with the big banks and it’s leading to the elimination of community banks. As a consequence, he said, small businesses can’t get loans. Two months ago, B. Doyle Mitchell Jr, the CEO of Industrial Bank, who spoke on behalf of the Independent Community Bankers of America made a similar argument during a House Small Business Committee hearing. He said, “I really feel like we’re getting away from helping people and making sure that we make the loans that Washington agrees with and I think that needs to change.”

In the debate, Senator Rand Paul offered his own twist on what’s wrong with the banking system and that’s the inability for poor people to get the same rate of return as rich people. Too little interest is earned by holding money in savings accounts, he argued, and “now we’re even talking about negative interest.”

Three weeks ago, CNBC reported that Narayana Kocherlakota, president of the Minneapolis Fed was in favor of the Fed pushing rates below zero. Really low interest rates can encourage people not to save or just to spend the money, Senator Paul warned, with the result being that the poor are stuck in the cycle of being poor.

According to Jana Randow on Bloomberg, who wrote about the subject of negative interest rates, “if banks make more customers pay to hold their money, retail clients may put their cash under the mattress instead.” 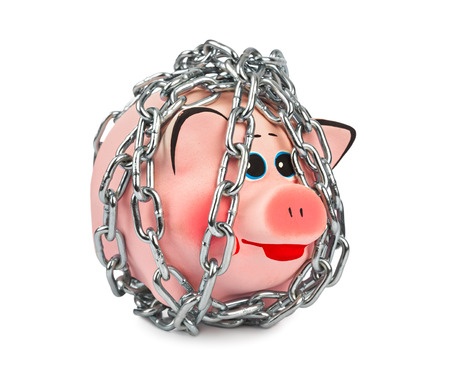 Not mentioned during the debate was marketplace lending where retail investors have the opportunity to earn Wall Street yields. CNBC recently reported that Lending Club and Prosper investors are earning between 5%-9% a year. While it’s true that Wall Street firms now dominate investor demand, there is still enough availability for individuals to literally share the wealth.

The story of marketplace lending might have its roots in the sharing economy, technological disruption, or making markets more efficient, but to Senator Paul’s point, it also presents America’s lower income individuals to build wealth like the rich. Putting your money in an account earning less than 1% interest will keep you poor. Putting it under the mattress will also keep you poor. And spending your money might make you look rich but that will indeed keep you poor. The big banks in effect keep the poor poor by presenting their customers with those three options.

The solution to income inequality (other than by moving to cities and states run by republicans as Paul suggested) is to offer the same opportunities to the poor as the rich have access to. Marketplace lending allows the average American worker to earn the same yield that Goldman Sachs would find attractive. Maybe one of the republican candidates will bring that up in the next debate.

Jeb Bush (if he can hang in the race) has invested on the Lending Club platform, which we learned when he disclosed his historical tax returns and could possibly speak from his own experience.