Former Governor and Presidential Candidate Jeb Bush recently released thirty three years of tax returns, but included in his Office of Government Ethics Form 278e was a notable asset, Lending Club notes. Lending Club stock wouldn’t earn interest income so these are clearly the notes that any investor can buy on the platform. The value of the notes held was declared to be between $1,001 and $15,000 and the interest income between $15,001 and $50,000.

ABC News was the first to mention the asset but I am posting a photo of the actual line item. 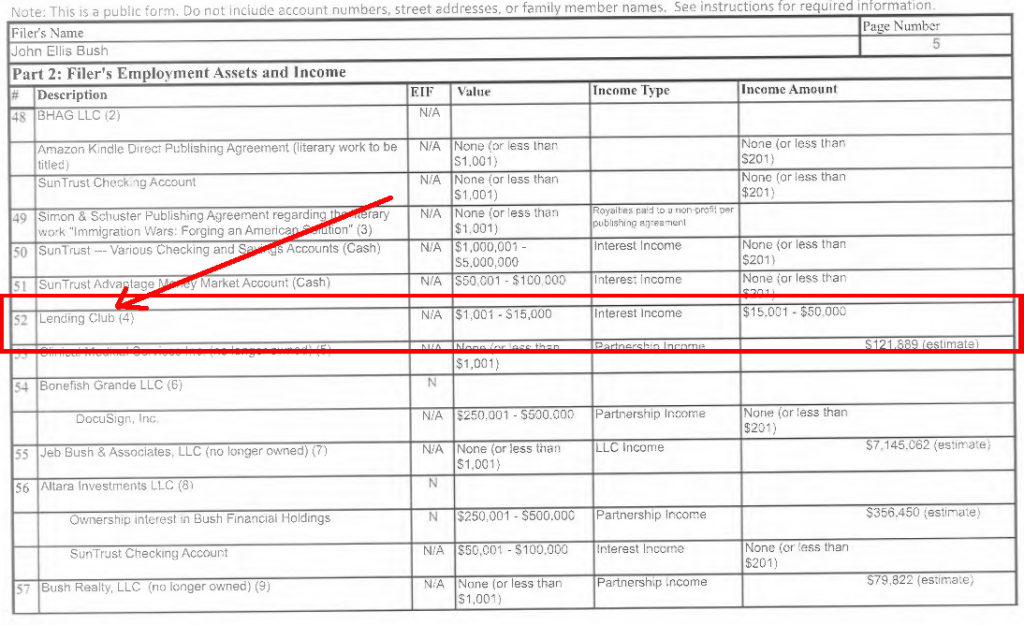 The value of the notes held are so small, one has to wonder if Bush himself did the investing.

This was also stated about the asset at the end of the packet:

And another republican presidential candidate is a big proponent of Bitcoin. Back in April, I got to meet U.S. Senator Rand Paul at a Bitcoin event in NYC.

Between Bush and Paul, the republican candidates sure are shaping up to be FinTech friendly.