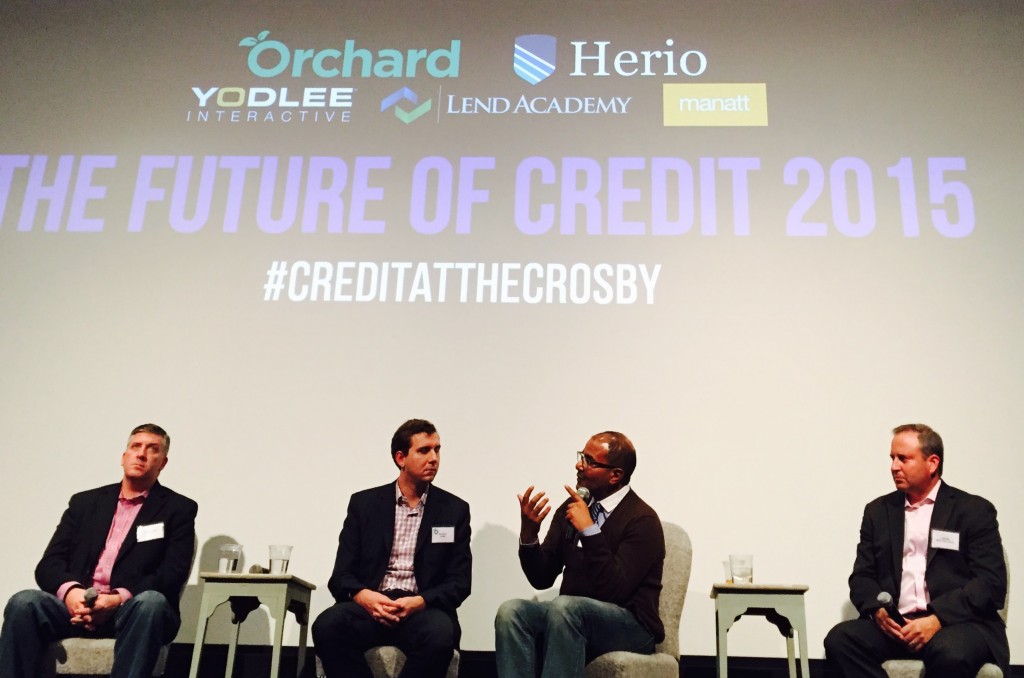 If you did any business with OnDeck between 2008 and 2014, you probably spoke with or at least knew of Sherif Hassan. His last position with the company before he left in May, 2014 was the Vice President of Major Markets. About six months later OnDeck went public and Hassan, one of the company’s earliest employees, was not there to celebrate it.

That’s because Hassan was busy working on something new, Herio Capital, a provider of working capital to small businesses that just recently surpassed more than $10 million in funding since inception.

Herio teamed up with Orchard on Thursday evening, September 8th to present The Future of Credit 2015.

“This is e-commerce in 1997 right now for lending,” said Jason Jones, a partner in Lend Academy who moderated the event’s panel. And Hassan, who is now easily considered an industry veteran, explained what set his new company apart.

It’s apparently not all algorithms when it comes to small business either. “We’re using our data to do all the heavy lifting and we’re using our people to do all the thinking,” Hassan said. And while they can take a deal from start to finish in four hours, they still have a human credit committee process. Other industry leaders have reported using similar approaches. “I like eyes on a deal,” said Orion First Financial CEO David Schaefer back in June at the AltLend conference. But for Herio, APIs and data allow the company to do a lot of filtering before anyone even touches the deal. Yodlee’s bank verification product reportedly plays a big role in being able to do that and Terry McKeown, Yodlee’s Data Practice Manager was coincidentally also on the panel.

Next to Hassan sat Matt Burton, the CEO of Orchard Platform, who was previously the 7th employee of Admeld, a company that was acquired by Google in 2011 for $400 million. His co-founder, Angela Ceresnie, is a former VP of Risk Management at Citibank and Director of Risk Management at American Express. 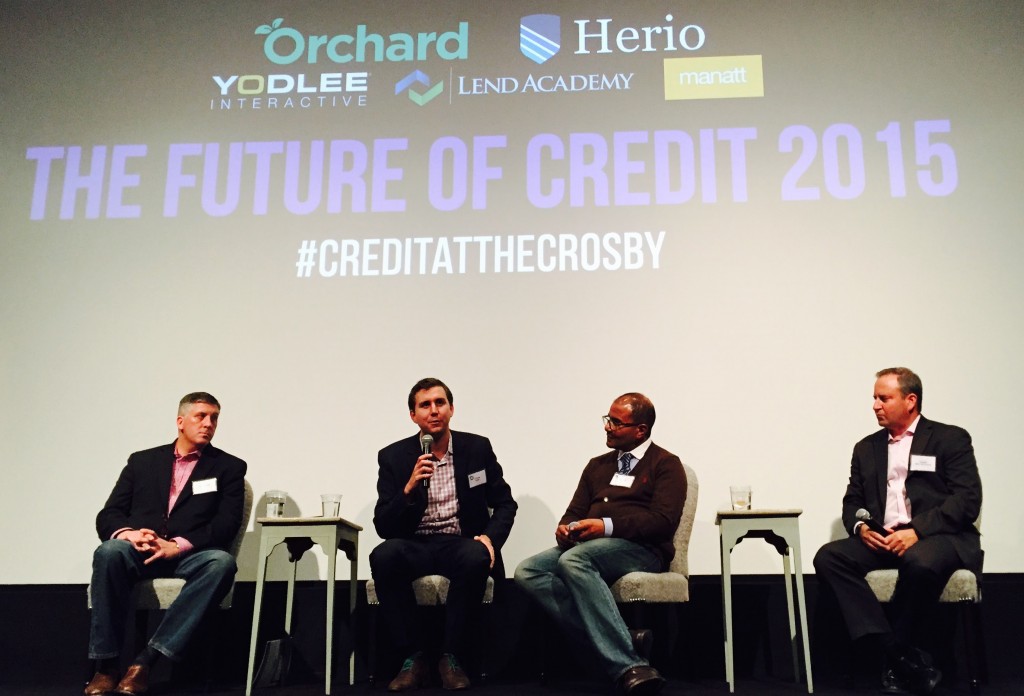 Speaking on the availability of decisioning tools, Burton said “there’s never been a better time to enter the space.” That may seem counter-intuitive since the frenzy of M&A activity and capital raising over the last couple years has had some players worried there’s a bubble brewing, but studies show they may just be filling a growing gap. Small business lending is actually shrinking in the traditional banking sector in part because of Dodd-Frank.

“Community banks are being destroyed,” said Burton. “All the products they used to be able to provide have been taken away.” That’s not just his opinion either. Three weeks ago, the heads of the Independent Community Bankers of America and National Association of Federal Credit Unions offered testimony to the House Small Business Committee that demonstrated the carnage that regulations were having on their industry. During that hearing, Subcommittee Chairman Tom Rice said, “the burdens created by Dodd-Frank are causing many small financial institutions to merge with larger entities or shut their doors completely, resulting in far fewer options where there were already not many options to choose from.”

So today’s online lending industry might seem really big but it’s relatively small when compared to the shoes they’re trying to fill. Case in point, nearly 10% of the 104 companies that responded to the Treasury RFI on marketplace lending attended Herio & Orchard’s three hour event in New York City. That was determined by a quick show of hands from the audience when asked by Manatt Phelps and Phillips attorney Brian Korn. The industry didn’t seem so big all the sudden.

A more serious issue was the Madden v. Midland decision which has put National Bank Act preemption in uncertain legal limbo. For those still unsure what preemption means, Korn offered an example of a 16-year old obtaining a driver’s license in one state and driving to another state where the minimum driving age is 17. The driver can legally export their home state’s minimum driving age and drive in a state where the age limit is higher. It’s that model which is uncertain now thanks to Madden v. Midland, but with interest rates not with drivers’ licenses.

So what’s the Future of Credit as the event was so aptly named? One could argue that whatever the future is, Orchard and Herio will likely have a place in it. The panelists mostly agreed that while some online lenders might be at risk in the next credit cycle, the online lending concept is here to stay. That’s because the borrowers themselves have changed. Nobody’s going to want to walk into a bank anymore and fill out paperwork after this, they argued.

If Lend Academy’s Jason Jones was right about this being like e-commerce in 1997, then it’s certainly incredible to think that the future of credit is something we can hardly even imagine yet.