What The BFS Capital IPO Announcement Means for the Industry 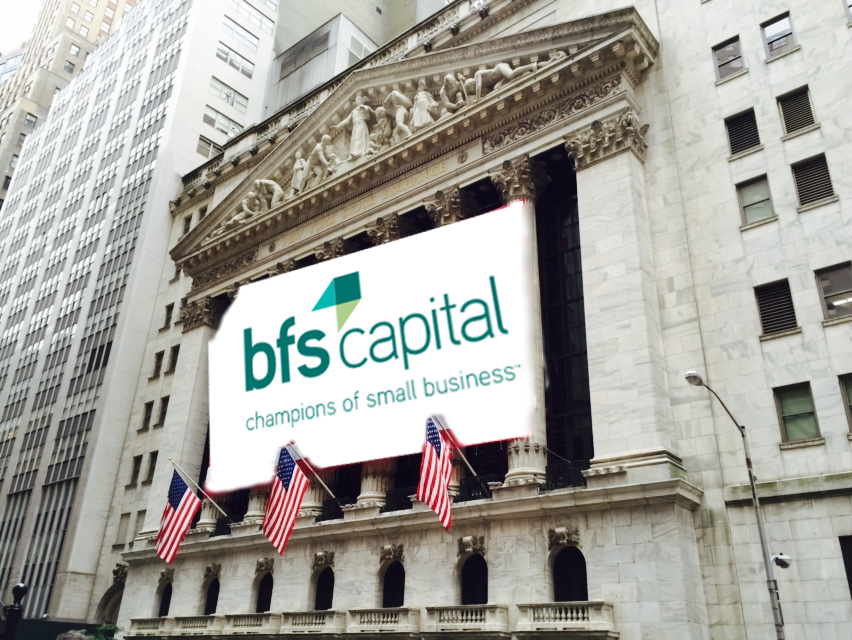 Under the Jumpstart Our Business Startups (JOBS) Act, “an emerging growth company may confidentially submit to the Commission a draft registration statement for confidential, non-public review by the Commission staff prior to public filing.”

According to the New Yorker, this process “allows companies that are thinking about going public to test the waters—they can gauge investor reaction, get feedback from the S.E.C. on their filings, and so on—before deciding if they want to go ahead with an I.P.O. If a company goes through that process publicly, and then decides to abandon the offering, its reputation gets damaged, even though it often makes sense for a company not to go public. Do it privately, and no one gets hurt.”

That’s what makes BFS Capital’s announcement (formerly Business Financial Services) that they had filed a confidential draft registration so bold. Companies normally choose this method if they don’t want anyone to know what they’re up to. But BFS is a different funder than the ones that came before them. OnDeck submitted their original draft registration confidentially for example and actually tried to keep it a secret.

“The initial public offering is expected to commence after the SEC completes its review process, subject to market and other conditions,” states BFS’s September 25th release.

The intent to go public follows a recent rebrand and the announcement that they had crossed $1 billion in funding since inception.

The most shocking part about a BFS IPO is that it’s not a CAN Capital IPO. While CAN is both older and larger, the industry has heard no word about a CAN Capital IPO since rumors leaked in Bloomberg almost an entire year ago. Back on November 20th, 2014, it was reported that the “New York-based company could be worth as much as $2 billion in the share sale.”

There was kind of a universal expectation that CAN Capital would go public immediately after OnDeck and Lending Club. Some insiders have pointed to OnDeck’s disappointing reception and performance as the reason CAN has delayed moving forward. OnDeck is currently trading at less than 50% of its IPO price and is facing a lawsuit from its own shareholders over it.

Others have said that CAN Capital isn’t waiting for anything because the company doesn’t actually need to go public. Long reported to be profitable and self-sustaining, opening themselves up to the volatility and fickleness of the public markets may not be worth the additional capital.

And still more have pondered if CAN Capital has what it takes to excite investors. Unlike some of the brand new tech startups that dominate the headlines, CAN has been operating since 1998, a time when only 42.1% of American households had computers and only 26.2% had Internet access. Of course the company has evolved and these days is as tech-equipped as their young brethren but a 17-year old lender may not be as easy to sell in a market obsessed with companies such as Uber, Snapchat and Airbnb.

BFS Capital was founded 13 years ago in 2002 so they’re not exactly new either. And their CEO, Marc Glazer, has led the company since its beginning.

BFS has been expanding however both here in the U.S. and abroad. In the U.K., they operate under the name Boost Capital. Meanwhile, independent financial brokerage firms such as Entrust Merchant Solutions are being acquired and rolled up into their organization.

What makes BFS different from OnDeck and Lending Club is that BFS also does merchant cash advances, not just loans. The only other publicly traded company that is significantly involved in merchant cash advances is Enova International and that’s only due to their recent acquisition of The Business Backer. The investor uncertainty surrounding lenders and marketplace platforms might not carry over to a company that got its start by purchasing future credit card processing receivables 13 years ago.

It would be safe to say that there’s a whole group of industry insiders who feel that Lending Club is a poor representative sample of the tech-enabled business financing space and that OnDeck’s unique model prejudices investors into thinking all lenders are like them. A BFS Capital IPO could in effect set the record straight for the industry and revive the IPO plans of their peers and competitors.

It might actually take a BFS IPO for us to finally see a CAN IPO, not that there aren’t plenty of other quality candidates right behind them.

What would a BFS Capital IPO mean for the industry? Perhaps a chance at redemption. There’s a lot of great things happening in this industry and investors ought to know about them.