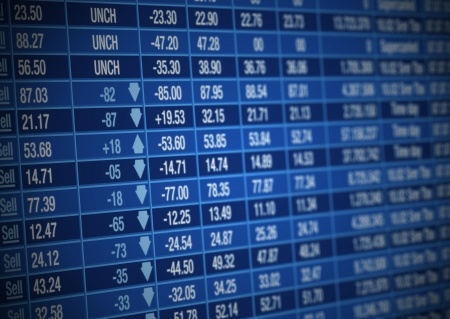 OnDeck has gotten very quiet over the past month as the stock hovers near its all time low, and down more than 50% from its IPO price. The only updates related to them on the news wire lately are reminders from law firms to join in on the existing class action lawsuit. One has to wonder if they regret going public.

To make the things murkier, the Madden v. Midland decision effectively makes it illegal in a handful of states for alternative lenders to rely on chartered banks to originate loans for them at interest rates that violate state usury laws. In states such as New York, that’s a big problem for OnDeck, but fortunately for them and other lenders like them, they can still fall back on a choice of law provision to still be able to make the loans.

Combine that landmark ruling with the Treasury RFI, The Dodd Frank Section 1071 Reg B rule that everyone wants enforced all of the sudden, and a chorus of lenders calling for regulatory action, and we don’t exactly have an ideal environment for other alternative lenders considering an IPO.

But does an IPO really matter?

I am reminded of a long email that Elon Musk sent to employees of SpaceX two years ago regarding their aspirations to go public so that they could monetize their stock options and get rich.

“Some at SpaceX who have not been through a public company experience may think that being public is desirable. This is not so.”

“Another thing that happens to public companies is that you become a target of the trial lawyers who create a class action lawsuit by getting someone to buy a few hundred shares and then pretending to sue the company on behalf of all investors for any drop in the stock price.”

“Public companies are judged on quarterly performance. Just because some companies are doing well, doesn’t mean that all would. Both of those companies (Tesla in particular) had great first quarter results. SpaceX did not. In fact, financially speaking, we had an awful first quarter. If we were public, the short sellers would be hitting us over the head with a large stick.”

“Public company stocks, particularly if big step changes in technology are involved, go through extreme volatility, both for reasons of internal execution and for reasons that have nothing to do with anything except the economy. This causes people to be distracted by the manic-depressive nature of the stock instead of creating great products.”

“It is important to emphasize that Tesla and SolarCity are public because they didn’t have any choice. Their private capital structure was becoming unwieldy and they needed to raise a lot of equity capital.”

“Those rules, referred to as Sarbanes-Oxley, essentially result in a tax being levied on company execution by requiring detailed reporting right down to how your meal is expensed during travel and you can be penalized even for minor mistakes.”

Any other alternative lenders possibly considering an IPO should strongly evaluate whether or not it’s necessary to go public to carry out their objectives. Surely the folks at OnDeck must be at least a little bit distracted by the manic-depressive nature of their stock price, the class action lawsuit, reactions to their quarterly reports, and the unyielding scrutiny by analysts and pundits. Surely it could be argued that they’ve lost some of their PR mojo in the mix.

It’s not easy running a public company, especially a lender in a post-financial crisis world where Wall Street hatred still runs hot. Hopefully if you are in this industry, you are in it for the long haul and not just for an IPO to cash out and give up…