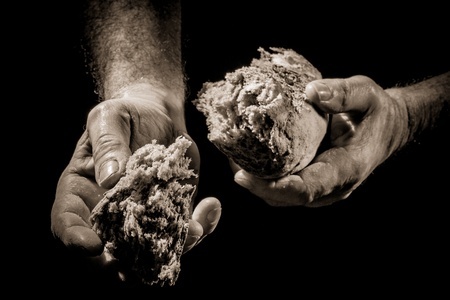 Meet the broker’s broker, the middleman serving the middleman. Some call this co-brokering since both parties will typically share in the commission.

The broker’s broker might have relationships that the little broker does not. They could have leverage over their funding partners because of the amount of volume they can produce or the amount of professionalism they bring to the table. And they likely have a canny ability to close deals that otherwise would get tossed by the wayside.

Disintermediation is the war cry of today’s famous tech-based lenders but in the Year of the Broker, reintermediation has been the unforeseen byproduct. Big lenders such as OnDeck are shedding third party funding advisors but those advisors aren’t magically going away.

A number of them are still getting their deals funded at OnDeck, just indirectly. They have to go through a broker whom OnDeck has not cut off, a handful of salespeople have told me. Many brokers acknowledge that OnDeck’s rates and terms are not easily attainable elsewhere so they’d rather share a commission with an OnDeck approved broker than risk a dead deal with no commission.

And CAN Capital is known to offer comparable pricing to OnDeck but it’s been reported that new brokers must go through a rigorous audit before CAN will accept their business. It’s not something everybody wants to go through.

With the two largest funders in the industry imposing real barriers to doing business with them, sanctioned brokers play toll booth operator for the swarm of shops that can’t get their deals submitted without them.

Perhaps as a direct result of that, there is now an entire niche of brokers whose only business is brokering deals for other brokers. They have little to no interaction with merchants. They have no marketing budget. They might not even have a website. And they play an almost mystical role of gatekeeper and power broker.

A strong focus within the industry has been growth. There’s a lot of time, resources, and salesmanship that goes into courting the lucrative partnerships. Large funders, especially those with VC backing, are typically not interested in mom and pop broker shops. “If they’re only going to send one or two deals per month, we don’t want them,” I’ve heard time and time again.

Even five to ten deals a month can draw yawns. It’s nothing particularly against the mom and pop brokers, but experience has apparently shown them that the same amount of resources are spent on the onesy-twosy brokers as the ones doing a hundred deals a month. The cost benefit analysis has to make sense, they say.

That’s left hundreds or perhaps even thousands of mom and pop brokers to fend for themselves. What outsiders might not seem to realize is that the commission on a $50,000 loan or advance can be $5,000. That’s potentially enough for a stay-at-home parent to pay for the rent, groceries, and all the other bills. A onesy-twosy broker might be completely insignificant to a funder doing a billion dollars worth of deals a year, but to a mom and pop broker, it only takes one deal to pay their bills and only a handful to make them rich, especially if they live in middle America where the cost of living is cheaper.

In From Lowes to Loans, superstar broker William Ramos said he made $66,000 on just one deal alone. While his shop produces more than a million dollars in deal flow a month, it’s easy to see what’s drawing the hoards of newbies in. A $66,000 commission might be the only commission someone needs for an entire year.

There is no licensing required so becoming a broker is as easy as imagining that you are one. And as the space invites the less knowledgeable, a more sinister element has found opportunity as well. 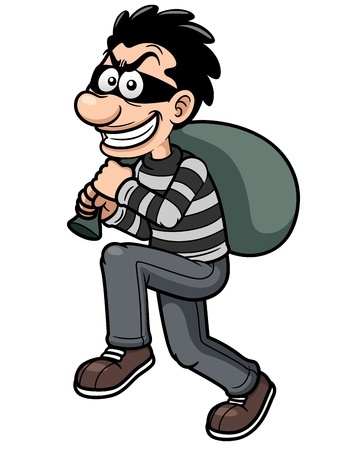 “There is no president/ruler of the MCA world that can help you with your commission debacles,” wrote PSC’s Amanda Kingsley on an industry forum. That was part of her reply to a thread titled, co-brokering scumbags. The thread might be new, but the circumstances aren’t. A broker sent their deal to another broker who got the deal closed with a funder. The original broker supposedly got screwed out of the commission.

It’s a case of stolen deals. “You just have to find the right people to work with. There are a lot of shady characters in this industry,” wrote another user.

1st Capital Loans Managing Member John Tucker, who recently authored, Broker Business Planning, wrote in reply to the thread, “Get everything in writing and research your lender/partner heavily before contracting with them. Talk to other brokers and ask them about their experience with said lender/partner in terms of paying on new deals, renewals and residuals. Get a ‘feel’ for them.”

Several faulted the aggrieved party for not taking the time to hammer out a contract that would allow them to rectify the situation easily through a lawsuit. But even with a contract, pursuing the offender legally could cost more than the commission lost. A stolen deal might cost a broker a few hundred or a few thousand dollars, figures worthy of small claims court.

“Under no circumstances would I ever co-broker a deal,” wrote Tucker. “There’s just no reason to unless you are a newbie and getting trained by said broker.”

But another user wrote, “Sometimes you don’t even know you are co-brokering until after the fact.”

Unscrupulous brokers will be purposely deceitful but for others walking the thin line between broker and funder, it’s difficult to judge what constitutes direct. There are brokers that wholeheartedly believe that if any portion of their own funds are invested in a deal, then they too are a direct funder. That means a broker that syndicates with a variety of funders could be so inclined to identify themselves as a direct funder by extension.

Kingsley wrote, “You have to understand what a ‘broker’ is in this space and understand that it is A LOT different than brokering in another industry.”

She also pointed out that it’s not always the little guy that’s susceptible to becoming a victim, as could be the case if an early deal default leads to a commission chargeback. When that happens, the funder will take back the full commission on the deal from the broker of record. It’s the responsibility of that broker to claw back whatever split of the commission they shared with the sub-broker.

“The broker you sub-brokered for, can vanish,” Kingsley wrote.

Several industry veterans have suggested creating an ISO/funder blacklist for those that steal commissions or deals. The challenge is that a stolen deal is not always a black and white situation. Often times there are expiration dates built into contracts that allow funders to claim deals if they have not been closed by the submitting broker within a specified period of time. Other times it’s a case of miscommunication, or the victim conveniently left out key details that would certainly add a degree of color to the situation.

Calling out an offender online can quickly devolve into a he said/she said schoolyard brawl. Unfortunately, this might be the only remedy a victim has, especially if they have limited financial resources to pursue legally, or the only evidence of their deal is a handshake or an email.

The bad guys, if they’re engaged in trickery on a large scale, tend to get identified rather quickly. There’s always a few that come in, burn a lot of bridges, and then find themselves completely ostracized from the industry. When the damage is done, they might never be heard from again or they might try to repeat the process by using a different name. Blacklisting a broker or funder wouldn’t be foolproof, especially if the company owner legally changes their name, which has actually happened before.

Through it all, Tucker offered this advice, “In a nutshell, the only true thing protecting your compensation is a very good relationship with an honest, credible and ethical lender.”

And if you have to go through a broker, make sure you choose the right one. Don’t blindly send your deal to somebody you met on a message board. An unscrupulous player will tell you exactly what you want to hear. Ask around for references. If nobody’s ever heard of them, chances are you’re talking to the wrong shop.

Even the author of that thread conceded that co-brokering offers benefits. “I’m all for co-brokering deals, especially if someone has a solution that may suit the client better than a traditional MCA or when an MCA wont work,” he wrote.

So there just may be a place for the broker’s broker, whether as a gatekeeper, power broker, or toll booth operator. And like it or not, reintermediation has ironically become a byproduct of disintermediation. There are sadly no algorithms that exist to vet how a broker might treat another broker. Co-brokering is a trade that relies on the most basic of basics, trust.